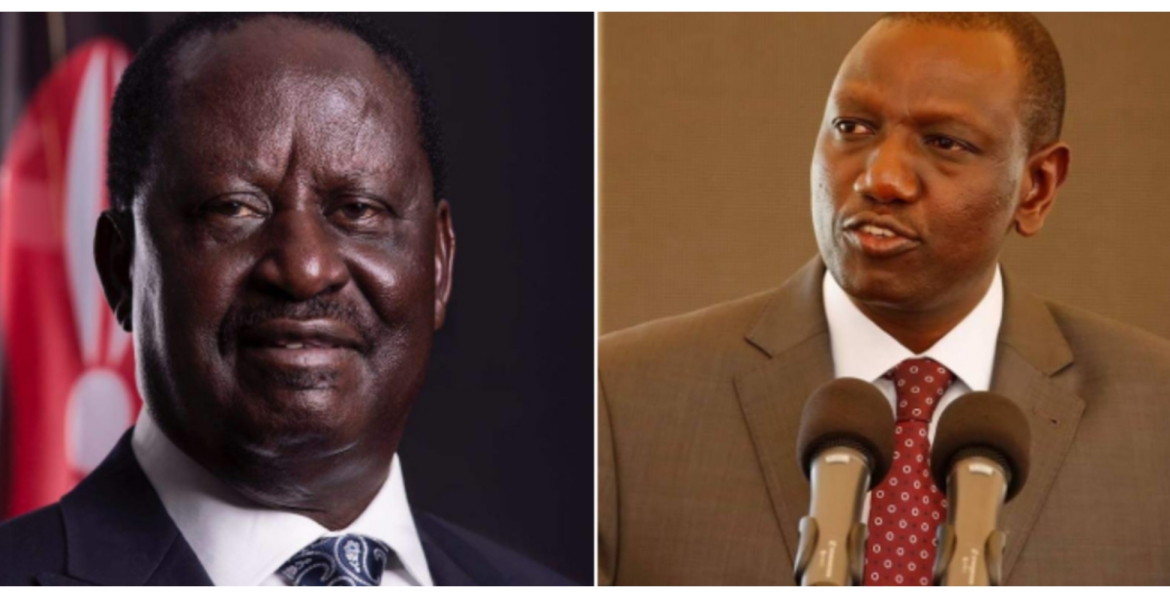 Azimio La Umoja-One Kenya and the Kenya Kwanza coalitions have announced they will run parallel tallying centres during the August 9th general elections.

The two leading camps said they will deploy agents to each of the 46,229 polling stations across the country to ensure accurate tallying of results and seal all loopholes to prevent any rigging attempts.

"We have more than representatives, we have enough agents across the country. And we have a very robust management system that will ensure every polling station to the polling centre will be effectively manned and on the results transmission day.”

“We have necessary tools to ensure that the results are tallied accurately. And I assure you that we will be the first ones to call this election," Azimio Presidential Chief Agent Saitabao Ole Kanchory told Citizen TV on Tuesday.

UDA Secretary General Veronica Maina said the party will ensure that no vote which will be casted in favor of Deputy President William Ruto will go to waste.

“It will be counted and tallied. We will have a very specific view that every vote casted in a station is the same declared by the presiding officer," said Maina.

Kanchory and Maina indicated that their tally will be in tandem with the Independent Electoral and Boundaries Commission (IEBC) as they will allow the commission to count the votes, then they will collect the final results at each station and sum up independently.

"The results that we give will be subject to what IEBC gives but also IEBC is getting these result from the polling stations and these are the same polling stations we will get our results from," said Kanchory.

Maina said: "In Kenya Kwanza we have oriented our people to know that once an announcement is made by IEBC that becomes the final meaning that even if we had a difference of let’s say five votes between our tally and IEBC's we will quickly guide our people to go by the vote of IEBC.”

"Both camps should be prepared for petitioning if something has gone wrong, because it is only one who is going to lead the presidency. We have a legal team that is prepared for anything," she added.

Last month, IEBC Chairperson Wafula Chebukati said political parties, the media, and individuals are free to set up parallel tallying centres as long as they do not announce the results or declare the winners. He maintained that only the electoral commission has the power to announce final results for all elective seats.

Actions speak louder than words.More like they are prepared to scare voters and IEBC staff to ensure votes are counted the way they want.
IEBC should beef up security no shenanigans whatsoever from either party if they wish to contest let them go to court not shouting shoving and creating chaos including manhandling election officials as has been witnessed in the past.