Man Arrested with 265 iPhones and 10 Android Devices in Nairobi 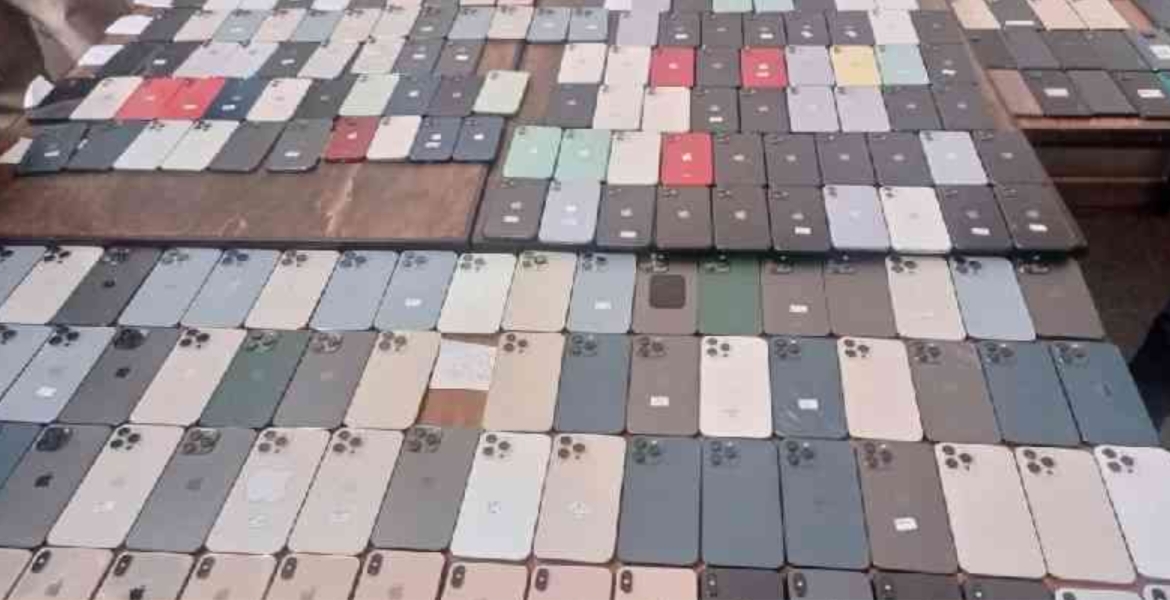 Police in Nairobi are holding a 29-year-old man who was found in possession of 275 smartphones suspected to have been stolen from members of the public.

The suspect was arrested in Kasarani estate on Monday after detectives from the Directorate of Criminal Investigations (DCI) raided his house following a tip-off.

During the operation, detectives recovered 265 iPhones and 10 android devices, according to a report filed at Kasarani police station.

“The items are suspected to have been stolen from members of the public,” reads the statement.

Police documented the scene and booked the suspect at Kasarani police station where he will be interrogated pending further investigations and arraignment.

The arrest comes a week after Interior Cabinet Secretary Kithure Kindiki announced a crackdown on criminal gangs behind the recent spate of muggings and other violent crimes in the city.

"Those boys who have dared the government and want to tell us that they can take over the city and make it a city of crime, we have heard you and therefore we are coming effective immediately," Kindiki said.

"The team will get our errant sons, maybe daughters out of our streets and put them where criminals belong. We cannot trade our freedom and security for anything.”

The theft of cell phones will not stop as long as there is a market for used phones.This man was hustling the only ways he knows how to.Everybody has a cell phone which they mainly use more for entertainment thanks to free apps like tik took whats app and you tube.Why go for the small fish have safaricom and other large companies investigate some of its customers phones .They profit when they sell bundles no questions asked.

I really do not understand why we have garbage in our cities when these crooks could be cleaning as punishment.Let's gang chain them,and have them remove trash,and clear the streets.Our slums need not be filthy when these crooks can clean them every day.What say you people?