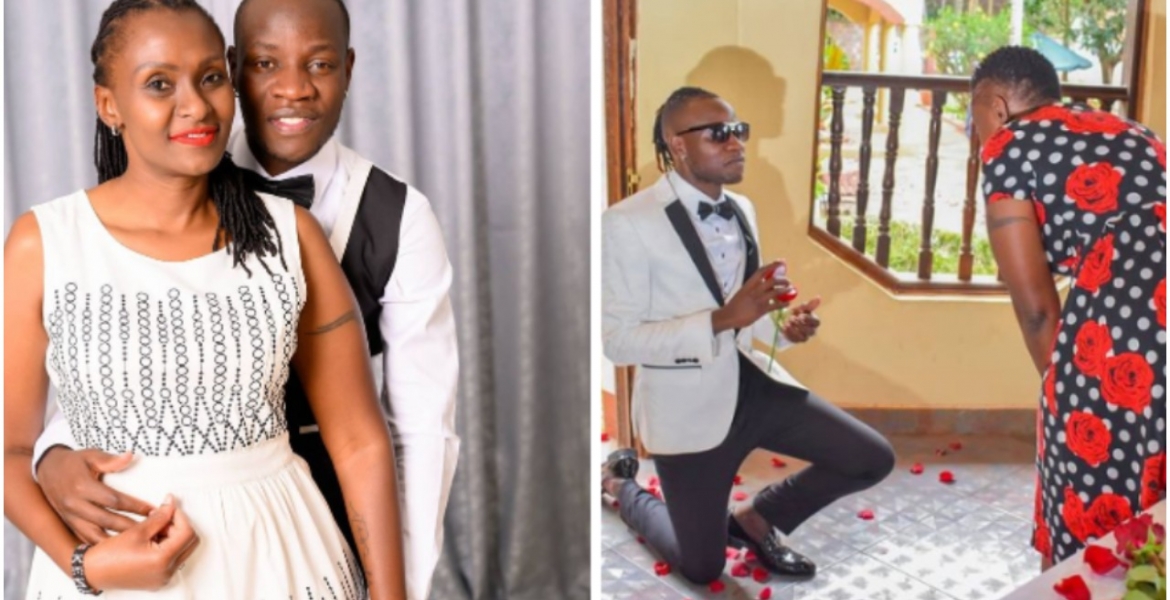 Guardian whose real name is Peter Omwaka proposed to Esther as she celebrated her 51st birthday on Tuesday.

He went down on one knee to ask for her hand in marriage during a birthday party held in Karen, Nairobi. An emotional Esther said “Yes”.

“I was empty, you filled up space. I was incomplete, you completed me. I almost gave up on my career, you came into my life when a lot of things were breaking down but within a short period, you transformed everything and brought my life into a beautiful shape,” he wrote.

The two lovebirds have been dating for one year and two months after meeting through their mutual friend Maina Kageni, a radio presenter at Classic FM.

Esther is a mother of three, aged 29, 26, and 22 years old. The two went public about their relationship last year but it is their 20-year age difference that raised eyebrows among Kenyans on social media.

“I’ve been a banker for 5 years and now an international civil servant working for the United Nations for the past 18 years in program management running water and sanitation programs in Nepal and Lagos,” says Esther of herself.

Guardian, who is known for songs like Nishike Mkono, Swadakta, Rada, Utafurahi, Nibariki, and Kuoshwa, previously denied claims that he was dating Esther because she has money.

Lady find someone your own age leave the man to grow up. Atachoka na wewe usisahau mama shemeji who will begin demanding her “wajukuus” and all manner of favors that only young wives can handle

Wacha mama ahanywe hanywe kama niece zinamusumbua. The man is up to the task. She has a couple of years before she start getting those hot flushes and starts getting jittery and irritable.

Shindwe Mapepo.That lady has bigger children the same age like this idiot.I understand u can b changing her mirage as a mpango wa kando but getting married is foolishness.I know an idiot who did the same,but after 5 years they don’t live each other at all thou they live in the same hse but sleep separately n are scared of coming out n divorce publically.Huyo Jamaa ni njinga njinga

Very un african,even I think unchristian for a mature man to childishly kneel down on one knee,and beg awoman for marriage. There is no real meaning in doing that. making the same request while standing or sitting is just as effective. Let us not follow these traditions blindly.

CONGRATULATIONS...
But let's not forget about WAMBUI OTIENO.
I WISH YOU GUYS LUCK.

Chapati imekaliwa. Kid is now confused and old mama likes that which is the boy’s trousers!