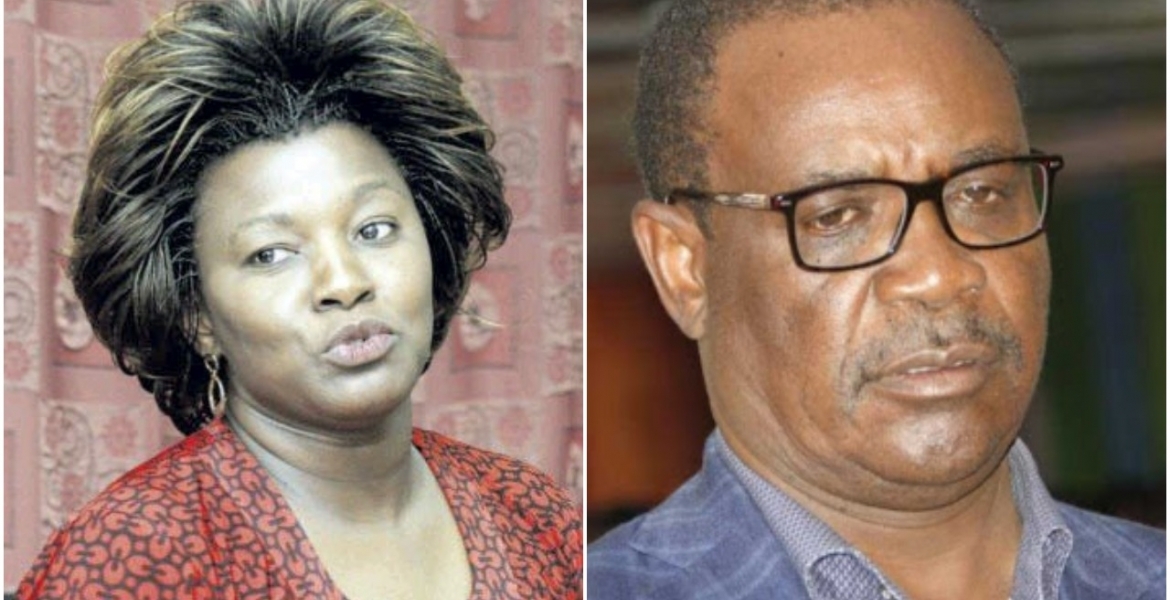 Speaking to The Nairobian, Kidero termed the claims made by Shebesh last month as false, adding that the Chief Administrative Secretary (CAS) is mentally ill and not everything she says should be taken seriously.

"We all know Shebesh is not okay. She is sick and some of her claims should not be taken seriously," Kidero said.

In an interview on Ghetto Radio in June, Shebesh said they solved the assault case through an out-of-court settlement, which saw Kidero pay her almost Sh30 million.

“If I did not go strong on Kidero, I would have opened a floodgate of every woman vying for a seat being treated in the same way Kidero treated me.”

Kidero slapped Shebesh during a heated verbal exchange outside his office at City Hall in September 2013.

Shebesh had confronted Kidero over the county employees’ strike, which paralyzed operations at City Hall over unpaid salaries.

She had earlier addressed the protesting workers outside City Hall before proceeding to the governor’s chambers to seek an audience with him.

A video shared online showed Kidero emerging from his office before slapping Shebesh in the face. Shortly after the incident, Kidero called a press briefing where he claimed he could not remember slapping anybody.

“As far as I can recollect, I was in my office and I do not remember slapping anybody, all I know is that there was a scuffle at my office,” said Kidero.

Halisi should explain how a Kamanda/“US” policewoman poisoned and killed a Kenyan policeman in Kerosoi,Nakuru,Haven Kenya today,July 24,2021.Why are American police killing more Kenyans in Kenya than Americans in America?

Two boneheads who don't know when to shut up..both of them are not worth any public office...@$&#)!

Kofi Olomide collabo feat. Sheb and Kidee. That will be something

Who cares who got paid what amount of money! You little kids can keep on fighting over money like hungry hyenas! No wonder Kenya goes no where because of your little brains on both sides - men/women included!

These fools are always self consumed with themselves! How about those womon who got slapped or raped but no one fought for them to get paid? Let alone to get a doctor to rest them?

No wonder women never make meaningful progress in Kenya! Shebesh is a shame to the women community of Kenya!