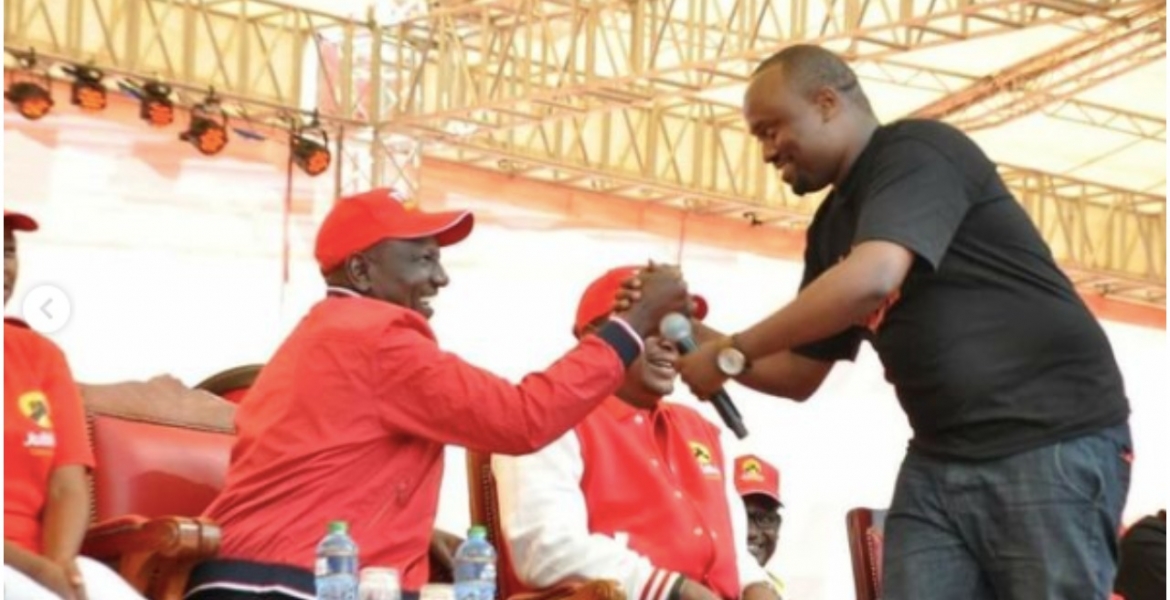 In a hard-hitting open letter, Jaymo asked the two leaders to stop antics and unite Kenyans as they promised during their campaigns in 2013 and 2017.

The entertainer said the public spat between Kenyatta and Ruto is creating tension and warned that it could throw the country into turmoil.

“Dear President Uhuru/Deputy President Ruto, I come to you as a young Kenyan who supported you and campaigned to have you lead us! Kindly spare us the drama festivals that you are subjecting us while serving in the same Government,” Jaymo wrote.

He went on: “Mlituambia tuwachague mbadilishe maisha yetu! Kama mko na issues either mkae chini msort out kama watu wawili wazima or you stop this antics and tactics that are dividing the many young Kenyans that woke up to vote for you. Whether for politics or anything whatever is happening in this country championed by both your foot soldiers is very dangerous for this country.”

He reminded the two of their collapsed cases at the International Criminal Court (ICC), adding that they could find themselves there again if the country burns as a result of their actions.

Jaymo urged the two to put their differences aside and work together for the benefit of Kenyans.

@Jaymee also remember they Uhuru was fighting on behalf of kiguoyaa kibaki n Ruto was for kimundu kiguruki kiguuka rao.

Jaymo should have some knowledge about simple village or school cases.It was(and still is) hard for the ICC to convict gangsters Uhuru and Ruto without changing their murderous bosses,Kibaki and Raila respectively.Another thing is that Kenya will never move an inch forward with these gangsters allowed.Voting will never help as long as muuaji Raila(who should be satisfied with the 1300 he cannibalized) will run for presidency.