Hearse Returning to Nairobi from a Funeral Caught Ferrying Chang’aa 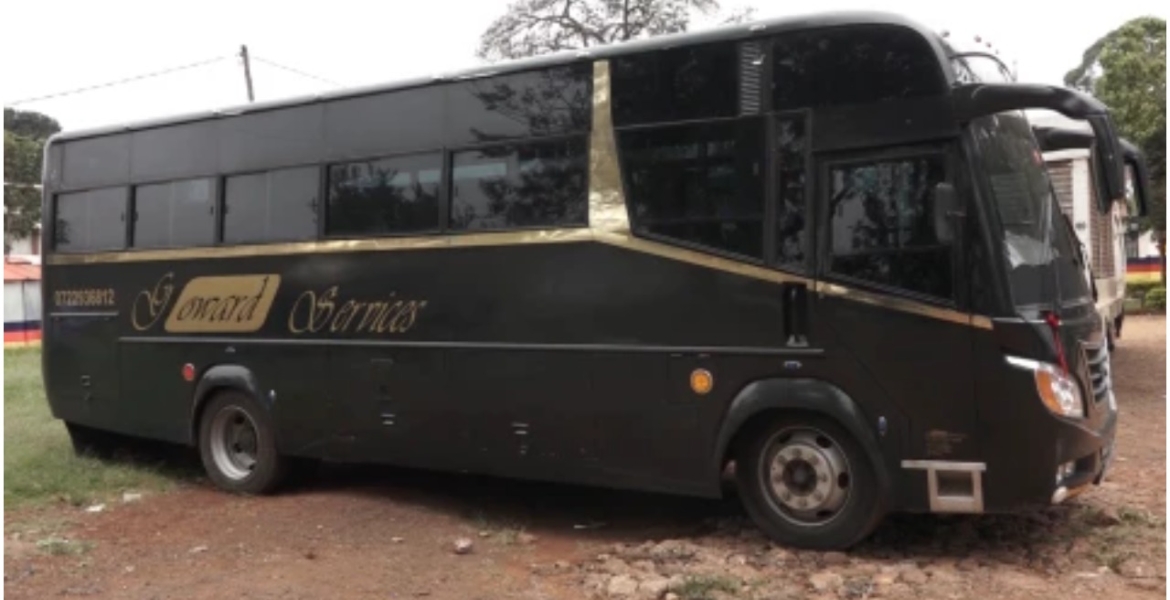 A hearse driver and his assistant were on Tuesday morning arrested in Kabete, Kiambu County after they were caught transporting illicit brew to Nairobi.

The 59-seater hearse returning to the city after a funeral in Western Kenya was intercepted at the Uthiru area along the busy Nakuru-Nairobi highway, Dagoretti Police Commander Frank Wahome said. This was after police in the Western region raised an alarm over suspicion that the bus was ferrying brew after the funeral.

During the operation, officers recovered 135 liters of chang’aa brew packed in nylon carrier bags and wrapped with clothes inside backpacks while other packages were stashed in a bag sandwiched between dry maize in the compartment meant for the casket while transporting the body for burial.

“It was hidden in backpacks. This is an eye-opener that some of these vehicles which one might think deserve to be given the right of way can sometimes be used to ferry contraband. We have seen it even with ambulances,” Wahome said.

The police commander says officers will intensify searches on ambulances, hearses, parastatal, and government vehicles as part of their crackdown on contraband goods.

Confiscate the vehicle and destroy it. That’s the only way to send a stern message to those doing illegal stuff.

Why? The bus did nothing wrong. Sell it to the highest bidder and put the proceeds towards training, equipment or pay for the cops.

In the mean time, border patrol discovered a tunnel dug at a height of the equivalent of a 6 storey building linking San Diego with Mexico. The tunnel was equipped with a rail system, electricity, and fortified walls and was being was used as conduit for illegal drugs by the Sinaloa cartel. I think our brothers in the motherland need to learn something or two from Jose and Gonzalez about smuggling.

Hahaha @Mlandizi Jose et al are way ahead in the game.

Changhearse. How about they dig from Nairobi River and navigate by gps towards cbk money fault? More money. Be groundhog smart

This reminds me of Khwisero my Passi.