Woman Disappears with Lover's Car, Sh700,000 After Night-Out in Naivasha 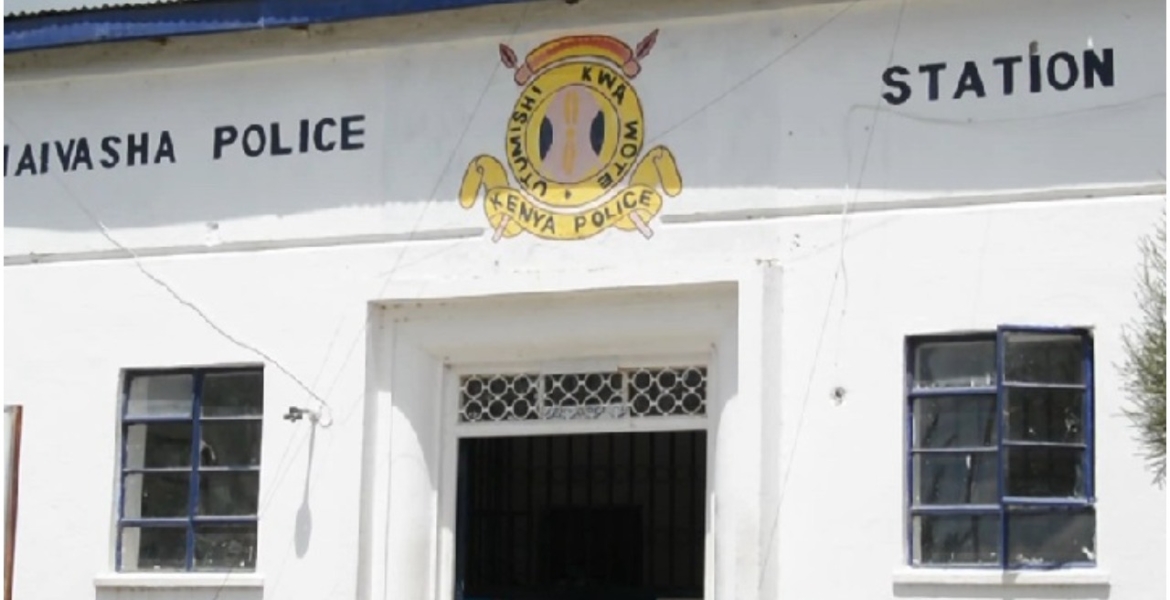 Police in Naivasha, Nakuru County are searching for a woman who allegedly fled with her lover's car and money after a night of merry-making.

The two are said to have arrived in Naivasha from Narok on Saturday and had a fun-filled night before the woman in her 40s disappeared without the man’s knowledge the following morning.

The suspect drove off with more than Sh700,000 in cash the lover had kept in his car from the sale of his farm produce, according to a report filed by the man at Naivasha police station.

"The man has reported the matter and also claimed that he had stashed more than Sh700,000 inside the car," an officer at Naivasha police station said as quoted by Daily Nation.

Police said they were making good progress, with the hope of recovering the stolen car and money from the woman.

"We want to establish how the woman managed to slip away or if the man was drugged prior to the incident," added the source.

It's generally taken that someone who has alover is a married person.If this is the case here,well, I have to say that the fellow brought this problem onto himself. I as I always say on this forum ,"nothing goods comes out of Mpango was kando".
Again, this is a case of men using small heads to think.Men, havent we learned enough from this ,"college of hard knocks",are our heads that hard to be knocked on all the time ?Even if some of use are too stubborn to quit the game,at least mitigate the damage.You could do this by knowing whomever you are dealing with very well,or visit a prostitute.Its much cheaper...well i should say add depending on the address you employ.But if you intent is just to" empty the resevoir " wouldn't the cheapest mean be the best choice?You are not looking for a wife in a brothel are you?

Polygamy is Legal in Kenya. Right?🙄✅

Is polygamy synonymous with mpango wa kando? Enlighten me?

@ Msonobari, who is more likely to run with your wealth at a bar? your second wife...third,or a lover(mpango wa kando)?

Maxiley, I call it the curse of the Penis!

Hahaha, who put the curse on the phallus,and does it have a term limit? Basically ,asking how to remove the curse.I tried mitishamba,that did not work.Unfortunately my religion SCIENCE does not believe in curses
As for me and my friends, we have learned to concur mind over matter,so each time the penis gets errant...,or the small head tried to dominate, we quick neutralize the situation...Yes it can be done.By deprogramming...much like indoctrination...

With hard being the operative word, which head were you talking about being hard? If it's the small one, then thought and self control tend to flee. You are probably right about his marital status. He will of course need to explain how his cash and car vanished. My guess is he'll lie and blame car jackers or a mchele gang.

@ actually both heads are hard. The big head is too "hard"- stubborn to the the small head that its getting hard could led into trouble.In legalese, the big hear should send a"cease,and deceit" directive to the mini head...
They work better when they are in synch ;in congruous with each other.

@maxiley - what is it about you and the “heads”? Are you gay? Won’t a man if your caliber be talking about “holes”? Just wondering lol.

@ Jane, I am not gay,and I can prove it to you if given a chance.I only condemn the evils caused by using the small, brainless heads.And as well I should. It leads too many men into trouble... I am sure you cannot argue against this.Remember thinking with small head almost ruined "sleek Willy", and many high profile individuals like Bill cosby...the list is inexhaustiable May be its a MAN thing.You wouldn't understand...

Well @maxiley - you won’t know what to do if I were present a good chance to you. You will be shedding even before I drop the G-String.

I will let you know when I arrive to Miami in July so I can see if you can handle the challenge. You won’t even last for 5 minutes @maxiley💃👯‍♀️💃🧍🏿‍♀️

Thanks for heads up. I take the challenge. I will start working out and drinking less Heineken so that there are not excuses if you tap out after round one.

Maxiley, not everyone thinks and reasons like you. Some of us need extracurricular activities to keep the prostate healthy. I don't know about you but.....

And I dont expect them to...

@ Sokora, the only activity Iam against, is the one that leads to trouble. If you are talking about sex, society has put in place "safer ways" to take care of that. Are we on the same page on this?Where am I wrong? Iam alaways open to correction,and learning something new.
Please note that Iam mindful that people will not always chose the right thing to do even if the option is there,but they should not cry when the get"burnt".The article is posted here for a reason that goes beyond'entertainment"...

Yes, I blame the victim here! Why and how on earth do you keep kshs 700,000 in car, leave it unattended, and get a rendezvous with some criminal whor*e!????

A fool and his money are soon parted. Next week, a fool's life will be parted.

Problem is men like taking advantage of opportunities, forgetting they are an opportunity themselves.

Wanna spend a night with a concubine? sleep with one eye open.