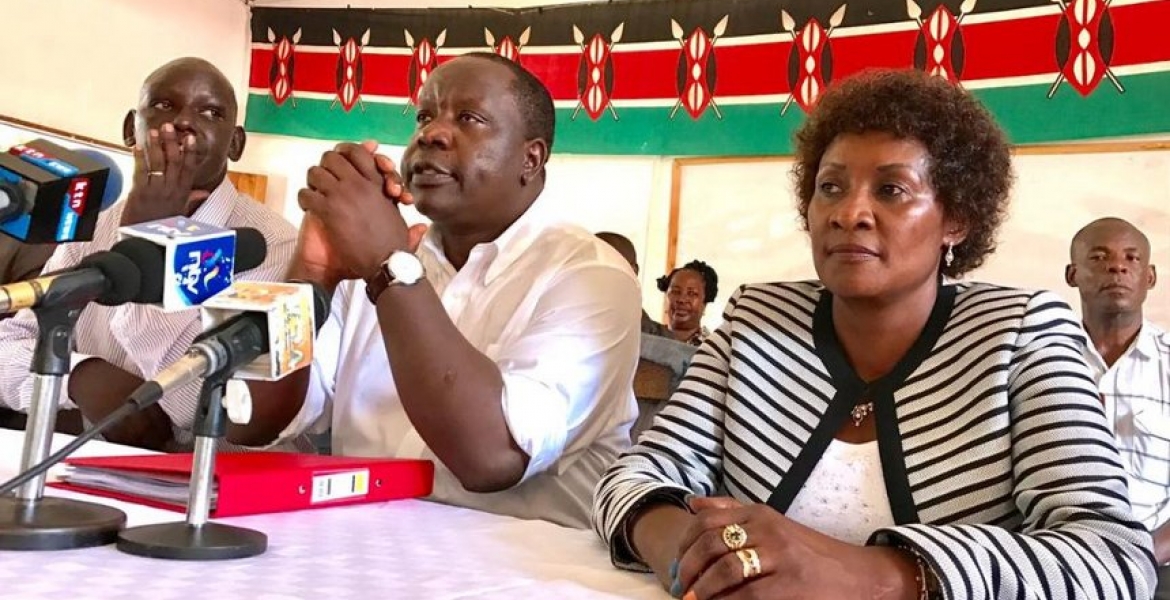 Only 88,929 students scored between A and C+ (plus) in the 2016 KCSE examination, Education CS Fred Matiang'i said on Thursday.

"All candidates who scored between grade A and C+ will be absorbed in universities," he said during the release of the results at Shimo la Tewa High School in Mombasa.

"This is a true reflection of candidates’ result, without manipulation and massaging of the results," the Cabinet Secretary said.

Matiang'i said that the top 20 candidates consisted of 16 girls and 4 boys. The CS said that no results have been cancelled.

"There was no cheating in this examination. All candidates will receive their results which are a reflection of their effort," he said.

He said there are schools that registered 196 As in 2015 but noted that they could not produce as little as 15 this year.

"However, two schools have been consistent in the number of candidates who got grade A...that is Alliance Girls High School and Kenya High," he said.

Candidates have been advised to get the results by sending their index number to SMS code 22252.

Matiang'i was accompanied by education officials during the release of the results for the 577,253 candidates who wrote KCSE this year.

Earlier this month, Matiang'i had asked all parties involved in the 2016 KCSE to complete the job before Christmas celebrations.

The CS, during the launch of form one selection at the Kenya Institute of Curriculum Development, urged the examiners to work round the clock to ensure the exams are released within schedule.

In 2015, results of 5,101 students were cancelled - a figure deemed the highest in the history of examinations in the country.

This translated to a 70 per cent rise in the number of cases of irregularities compared to the 2,975 cases reported in 2014.