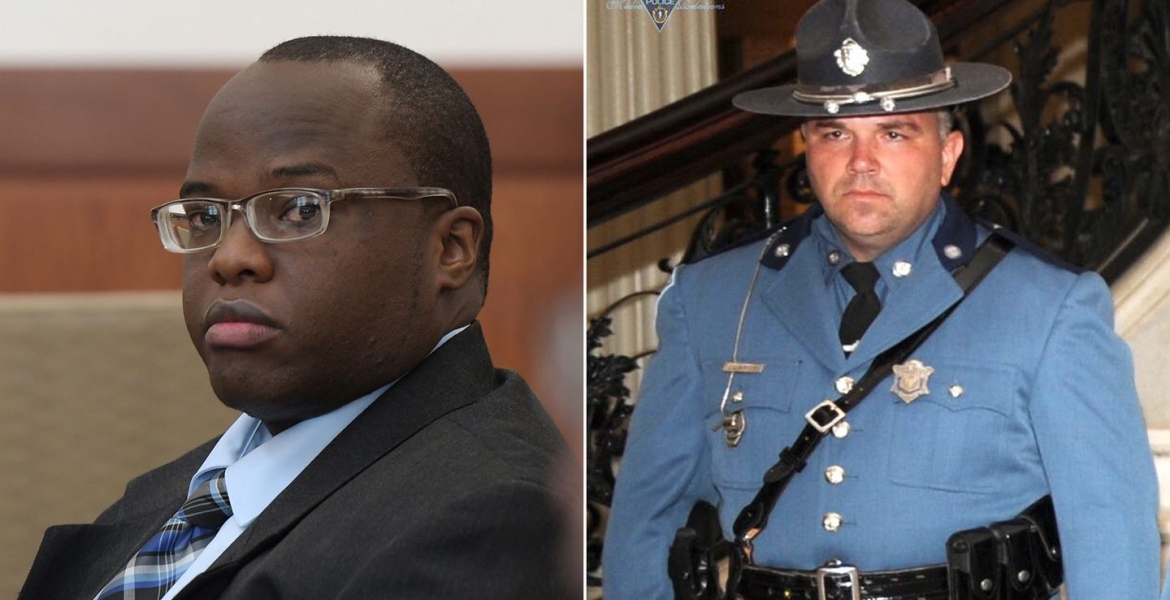 On Tuesday, Worcester Superior Court Judge Janet Kenton-Walker ruled that Njuguna is guilty of involuntary manslaughter but noted that prosecutors did not present sufficient evidence to prove that the accused’s marijuana use was a credible factor in the crash.

Njuguna, who killed Thomas in a car crash in 2016 along the Mass Pike, maintained innocence claiming that he suffered a seizure but Worcester County District Attorney insisted the 33-year-old was high on marijuana and driving recklessly in the moments before the accident.

In her ruling, Judge Janet noted that the crash that killed Thomas was caused by Njuguna’s intentional reckless driving.

Witnesses told the court that Njuguna was speeding, tailgating, and changing lanes without signaling in the moments before the crash.

Prosecutors said Njuguna was going over 80 MPH, swerved across three lanes and hit the Trooper’s parked patrol SUV, pushing it down an embankment. Njuguna had allegedly stopped at the NETA Brookline medical marijuana dispensary before the crash.

“The fact that Njuguna consumed some [marijuana] before the crash does not prove he was intoxicated or his ability to operate was impaired,” the judge ruled.

Njuguna’s bail was revoked ahead of his sentencing on November 21st, 2019.