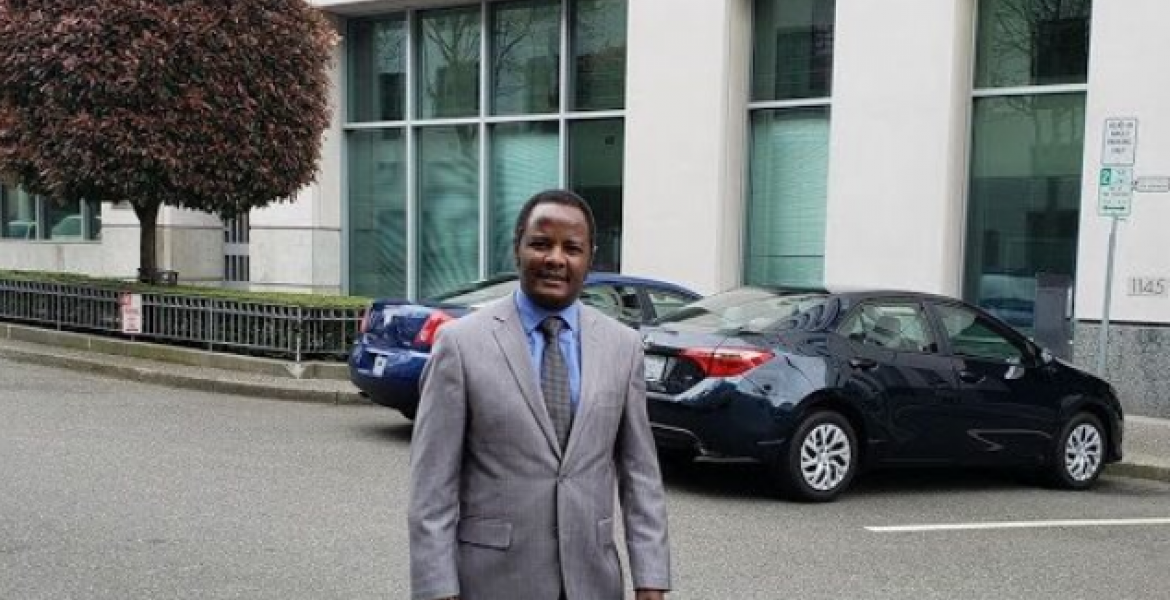 A Kenyan-born man who was recently filmed leading ‘haki yetu’ chants during #BlackLivesMatter protests in the US has spoken out.

Last month, a video showing an unidentified Kenyan man psyching up a crowd that took to the streets to protest the killing of unarmed civilian George Floyd went viral online.

The protestors were demanding justice for Floyd, who died in the hands of police in Minneapolis, Minnesota on May 25th after a cop kneeled on his neck.

In the video, the Kenyan man is heard telling the crowd to chant ‘haki yetu’, a Swahili slogan popularly used in Kenya during demonstrations.

Kenyans are a rare breed.... 🤔
They have already taken "HAKI YETU!" to Minneapolis - United States of America pic.twitter.com/G4FgdLl6uP

"We can say it in Swahili, we say haki yetu," he says as protestors repeat after him.

The man in the video has been identified as Joseph Ng’ang’a Wanjiku, alias Bishop Ngash, of Seattle, Washington.

Ng’ang’a, a native of Thika, Kiambu County, says he joined the protests to fight for the rights of people of color and ensure they get equal treatment.

“The video of a black man under a white man’s knee and his desperate call to his late mother was painful to watch. This could have been me, my brother or my child.”

“As a black man, I have faced racial discrimination many times. Most white clients cancel their trip request when my black photo pops up on their phones. We have to do this for our children… If we don’t join the fight, they could be tomorrow’s victims,” said Ng’ang’a.

Ng’ang’a takes care of young men suffering from Down Syndrome and is currently pursuing a degree in leadership.

Thanks for the good work.You can extend the gesture worldwide including Kenya

What u need to do is take ur haki yetu to Kenya where we read everyday a person is killed by Police. Take a knee n raise ur fist for Police brutality in ur home country.

He is lucky he didn't bite any of the police bullets.

What u need to do is take ur haki yetu to Kenya where we read everyday a person is killed by Police. Take a knee n raise ur fist for Police brutality in ur home country.

Shaka, how do you know whether his home country is USA? My only problem with him is that he's a pastor who got a visa and maybe I-485 to start fleecing Kenyan Americans in the name of prosperity gospel.

Bishop Ngash does not support the scam of panda mbengu and all sort of scams pastors use to rip-off members.....https://www.youtube.com/watch?v=DCM1Jh3RV9w

No way this man can be deported to Africa?