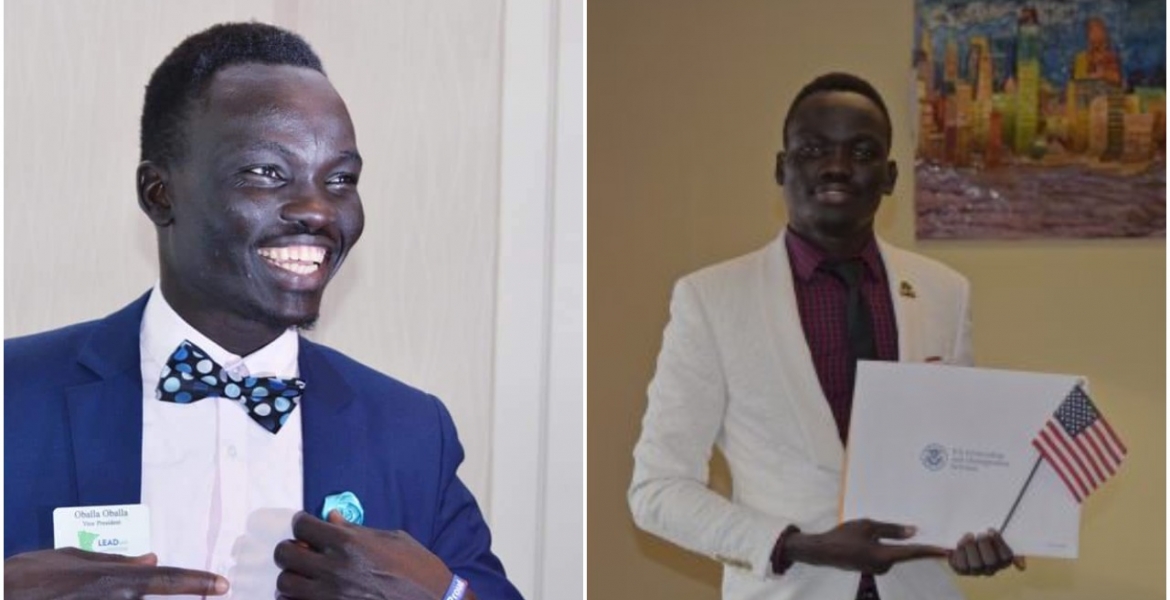 Oballa Oballa, a former refugee who lived at Kenya’s Daadab Refugee Camp for 10 years, has made history by winning an elective seat in the just-concluded US elections.

The 27-year-old Ethiopian-born man clinched a seat at the Austin City Council in the state of Minnesota, becoming the first person of color to win elected office in the area.

The healthcare worker trounced his competitor Helen Jar by a vote of 1,927 to 1,446, according to results posted on the website of the Minnesota Secretary of State.

“I still don’t believe it. This is Austin sending a message to all of America and refugee camps that the American Dream is still alive in rural Minnesota,” he said after he was declared the winner.

Oballa fled Ethiopia during the Gambella genocide in 2003 and lived at Daadab Camp in northern Kenya for 10 years.

His family moved to the US in 2013 and by 2015, he had settled in Austin and became a naturalized American nation in December 2019.

“This [the election] makes me feel great, it makes me feel really happy and proud. My work, I think, will still give hope to refugees who think the American dream is dead,” he said.

Oballa, who works as a health unit coordinator at the Mayo Clinic, said he ran for the seat after receiving encouragement from the city’s mayor and some of its city council members. His civic engagement with the community began shortly after moving to Austin.

He said he will focus on developing more housing, bringing more “21st-century jobs” to the city, and finding ways to expand affordable child care.

In America we don't use the term "Hon", it's these titles that make Kenyan politicians think that they are demigods to be worshipped

Lol how about his excellency?

How can you use "his excellency" while the country is a s**thole? Where is the excellence? In America, it's Mr President..

How can a failed African president, whose economy is in turmoil, riddled with corruption, be a symbol of excellence? Call a spade a spade...