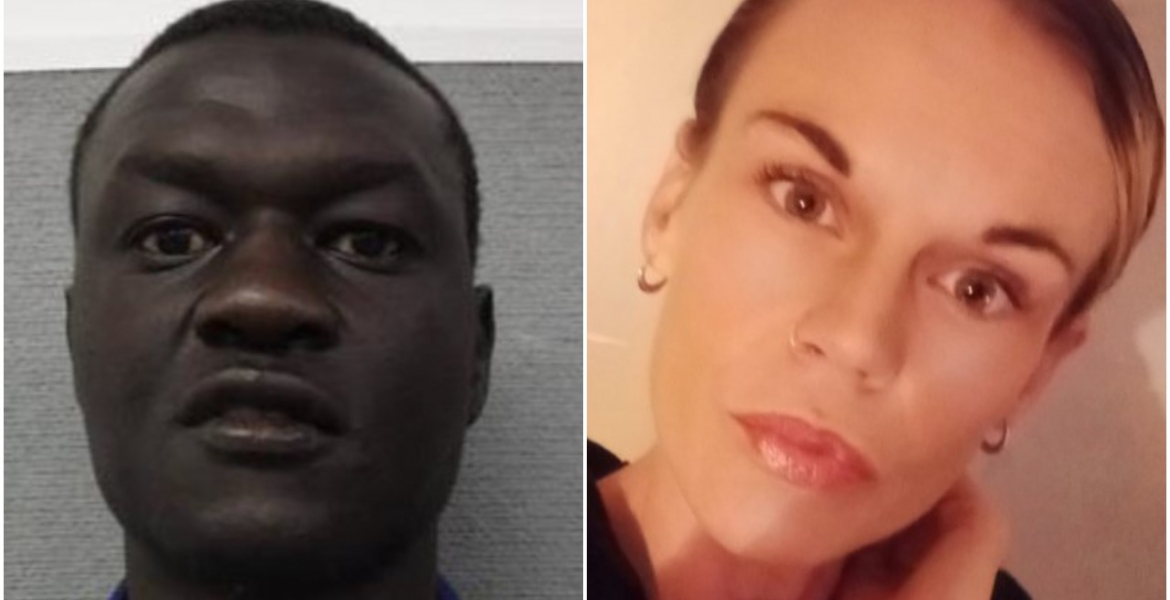 Police in Perth, Australia are holding a 29-year-old Kenyan-born semi-professional basketballer in connection with the murder of his girlfriend.

Chudier Thowath Pal was apprehended after the body of his 30-year-old girlfriend, Stephanie Lee Robinson was found inside a house on fire in Ravenscar Street, northern Perth at around 7:15 am on Saturday.

This sparked a city-wide manhunt for Thowath who was sharing the Doubleview flat with Stephanie.

He was arrested at 2:09 pm that day and faces one count of murder over the death of Stephanie, according to WAtoday.

The court heard that an investigating officer who arrested him noted that he was rambling by saying he had a "galaxy inside his head and a neutron star for a father.”

After his arrest, Thowath was taken to Sir Charles Gardiner Hospital for a minor injury following a fall, the prosecuting officer said.

He added that a doctor at the facility gave a medical opinion that the basketballer was showing signs of psychosis but did not seek to make a diagnosis.

The magistrate rejected a request by the prosecution for Thowath to be taken to the Frankland Centre and instead remanded him in custody pending health assessment on Monday.

On Monday, the court ordered Thowath be taken to Graylands Hospital's high-security mental facility—Frankland Centre—for further mental health assessment. He will spend seven days at the facility before being taken back to the court on Monday, January 11th.

Stephanie had posted on Facebook that she was in a "complicated relationship" since November 2nd, 2020, with one of her male friends replying "you deserve better".

Thowath began his basketball career as a junior with the Rockingham Flames at the age of 17 and later signed with the North West Tasmanian Thunder in 2017 and Mandurah Magic in 2018.

He spent a number of years playing college basketball in the US with the University of North Carolina Asheville Bulldogs and signed up as a training player with the Perth Wildcats after returning to Australia from the US in 2016.

Because that's what he is....
A Goddamn Sudanese

He could, but with a passport issued illegally by Kenya immigration

Majina sio ya wakenya yooooo. They need to investigate more 😳😳

Kenya,you are right even his name is telling everything. We don't have those kinds of names in Kenya.

This is Otieno Kajwang's and Raila Odinga's immigration corruption. He ain't no Kenyan!!

He needs to join the darkness brothers movement. Homie is black purple.

This guy is a Sundance with a stolen Kenyan identity card or whatever! Better yet the arresting authority may have assumed the guy is from Kenya because that is the only country they know in Africa.