Trump's Executive Orders on Immigration Could Be Tough to Undo 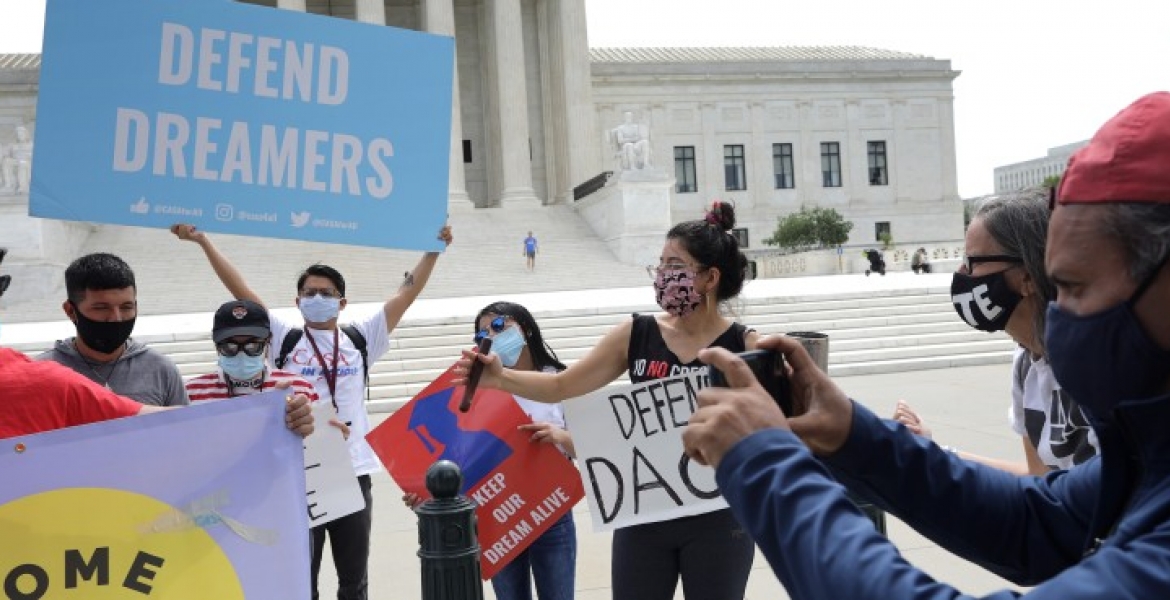 President-elect Joe Biden’s efforts to reverse President Donald Trump’s immigration executive actions may not be as simple as issuing a contrary edict, as court rulings show that the government should consider both the scope of authority as well as underlying reasons for actions taken.

As Trump learned when he tried and failed to rescind the Deferred Action for Childhood Arrivals program, Biden will need to address the rationales behind policies like the travel and visa bans in order to undo them.

“It used to be that you could overturn a policy in the same way that the policy was written. So if it was a policy memo, you could write a policy memo, a regulation for a regulation,” said SharvariDalal-Dheini, director of government relations at the American Immigration Lawyers Association.

But now, as the DACA litigation revealed, considering the potential harm that could come from withdrawing policies or programs is also in play.

The Trump administration in the final days of 2020 extended the April and June travel bans that bar green card applicants and certain temporary visa holders from entering the U.S. and its memorandum on visa sanctions. He cited high unemployment rates to justify the visa and green card bans.

Because those dynamics are still in flux, Biden will have to address those justifications, which could politically be challenging for him, Dalal-Dheini said.

The Trump administration gave up trying to terminate DACA, after the Supreme Court found the government didn’t adequately consider its options or the effect ending the program would have on participants who have benefited from living and working in the U.S. despite coming to the country illegally as children.

The high court, though, also gave the president wide latitude for taking action to stop certain people from entering the country when it upheld Trump’s ban on travelers from certain Muslim-majority countries, revealing that overturning prior orders can be a complicated endeavor.
Broad Authority

A recent ruling by the U.S. Court of Appeals for the Ninth Circuit could bolster the president-elect’s authority to rescind policies and programs put in place over the last four years, sources said.

Several times during his presidency, Trump invoked Section 212(f) of the Immigration and Nationality Act, a provision that gives the White House the authority to suspend immigration programs if a president deems it necessary.

On Dec. 31, the same day the president extended the June and April travel restrictions, the Ninth Circuit held that Trump was likely within his powers under 212(f) when he issued an order limiting immigration by those who lack approved health insurance or the resources to pay for reasonably foreseeable medical needs.

The ruling overturned an earlier and provisional decision by a divided Ninth Circuit panel that had blocked the immigration order from taking effect because the judges had found the government’s proclamation “was issued with virtually no factual findings, minimal reasoning, and an extremely limited window for public comment.”

The appellate court’s more recent decision could still serve as precedent for other proclamations, potentially giving Biden the chance to overturn previous actions, Mehta said. Within the Ninth Circuit’s ruling, the conditions that give a president 212(f) authority are “pretty broad,” he said.

According to Dalal-Dheini, if 212(f) gives the president authority to enact what they need to do for those purposes, then the authority would be the same for rescinding those policies.

“We haven’t really tested it in both directions but I would think if the president has the broad discretion to enact things then he should have the authority to rescind it,” she said.
More Litigation?

If Biden tries to withdraw executive actions like the health-care proclamation, there must be a reasonable basis, Mehta said. “It shouldn’t be done arbitrarily, because then it could be subject to challenges by the proponents of these bans.”

It would be even better to have language that explains why the Biden administration believes they should be withdrawn, he said. “Then I think they would be less vulnerable to any type of challenge.”

The high volume of litigation challenging Trump’s actions and orders may not continue into a Biden administration, said John Miano, an attorney with the Immigration Reform Law Institute.

A Biden administration “will be kinder to those interests,” said Miano, who has been involved in litigation over the Obama-era optional practical training program for foreign students who want to work in the U.S. - Bloomberg Law

Fake news! Executive orders are not laws. With a stroke of a pen, Biden will undo all of them. Just like trump went on a mission to undo and successfully manage Obama’s orders, Biden will do like wise.

Agreed. Its like Obama didn't have rationales for his executives c'mmon now! Laws don't change unless the constitution change. Cut out the fake, tie in the facts