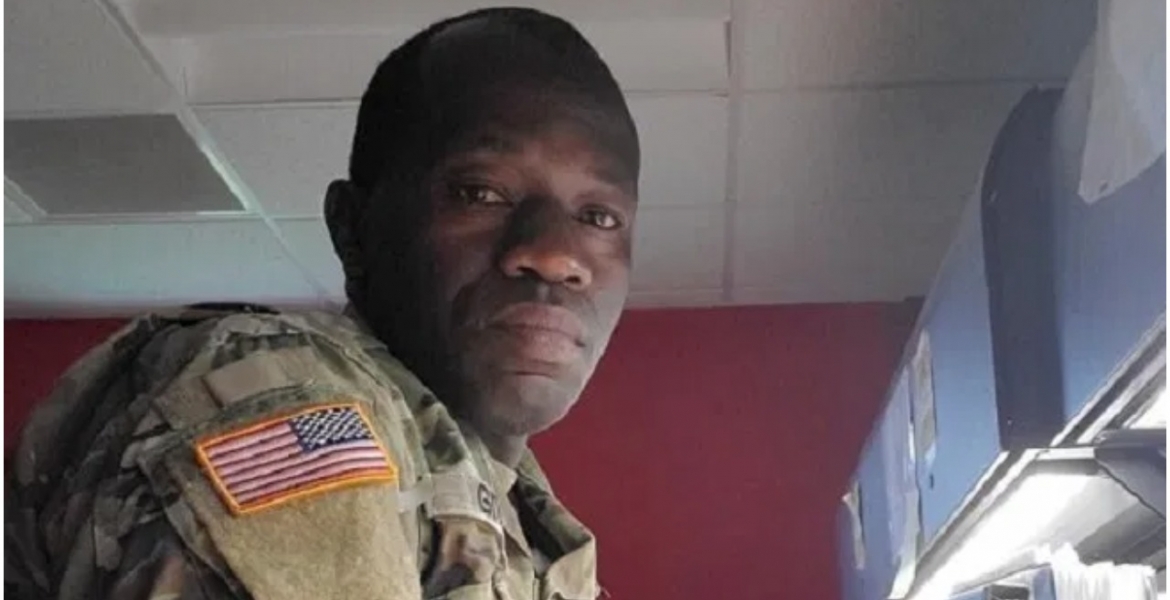 Immanuel Gitamo, a Kenyan-born US Army soldier has embarked on a career in space after earning a doctorate in astrophysics. Gitamo, an Air Defense Battle Management System Operator, hopes to change the way humans travel to outer space.

He immigrated to the US in 2006 aged 19 to pursue his passion in space and education, which saw him enroll in the California Institute of Technology, where he earned a bachelor’s degree in aeronautics and astronautics engineering, and later a master’s degree in nuclear physics.

Gitamo then set his sights on a PhD in astrophysics, which required him to write a thesis. He decided to explore the invention of a formula for an emerging method of propelling humans into outer space.

“My dissertation was about electric propulsion. That’s why I joined the Army. I was doing my dissertation for my Ph.D., and I needed to be able to defend it. I was creating electric engine propulsion for spacecraft. In order to get to know how electric propellant works, I needed to know how solid propellant works. That’s what the Army uses to eject missiles, so I joined the Army,” said Gitamo.

In 2019, Gitamo completed his doctorate in astrophysics and is currently pursuing a second Ph.D. in atomic physics, and with only a few months left in the army, he looks to pursue a career in space.

“From Earth, if you wanted to travel to Mars, it would take two and a half years, but if you use electric propulsion it will take 28 days,” Gitamo said.

“Space is for the benefit of every common man. So many things we do now involve space. We use satellites for communication and to monitor and track things, but have we really looked at it? What are all the benefits we can get from space? Everything I do when it comes to electric propulsion, I am thinking about that person down there.”

Gitamo grew up in Nairobi with his brother as an orphan after their biological parents abandoned them in the streets.

“Me and my brother were just found. Our biological parents just left us on the road. You know what I mean, they just left us. Therefore, I don’t know my real father and mother.”

A couple found the two and took on the responsibility of raising them although they struggled financially. Teachers at his local school were charitable enough to allow him to attend classes despite not being able to pay for it.

“They just let me go to school. It was like a miracle,” says Gitamo, who owned his first pair of shoes when he was 14 years old.

I don't think he is thinking of hammering doubles to buy a kaploti is he?

The kind of stories we want to hear.

What an inspirational story.I can see abook in his future.It makes we wonder how many Kenyans have not been able to realize their potential due to lack of opportunity.Free education in secondary,and primary schools must be mandatory.This is the least the government can do for its citizens.

Go for it brother because sky is the limit! The real Majuu!

This dude is an academic frauddter.he is lying guys!.no degree ,no PhD!..last time in Kitale he was bragging that he is security of Obama coincidentally he was in Kenya when Obama visited Kenya.Now that NASA landed in Mars,he has become a space scientist. The dude is well known by Wakenya wa north .Acha porojo bro! Tunakujua!

Are you serious? He probably reformed since you last saw him, that is if was 5 years ago.

So is this all a part of the US Army's propaganda?
soldier_earns_phd_in_astrophysics_sets_sights_on_space

@Conish, dude is smart. Give him credit instead of trying to tear him down. This is what brain drain looks like and with the corrupt leadership in Kenya, he'd probably be hustling to make ends meet since the opportunity would never have been afforded to him.

"Dr Gitamo" did Caltech miss your name in 2019/2020 commencement? 😆 🤣 😂. Among all PhD grads, there is only one Emmanuel Garza Gonzalez, and I am sure you did not mispel your name..ama ulijiita Mogaka....ukiwa Gucci security, caregiving, 15th ave...uligraduate lini bro..we know you bro,but congrats for being "innovative "...