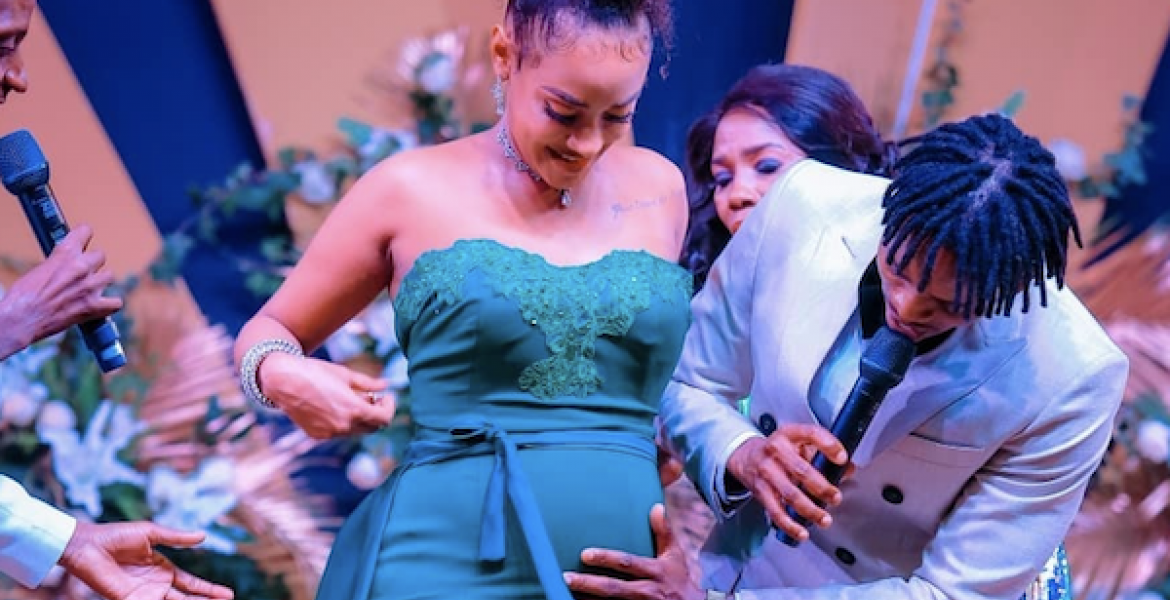 During a question and answer session on Instagram with her fans, the 24-year-old NRG radio presenter divulged that she labored for 17 hours and, at one time, asked for Epidural anesthesia but doctors decided not to deliver it.

“17 hours of labor, it was long stressful and the pain was excruciating but when I look at him I would do it all over again. It was a natural birth no epidural as much as I begged for one at some point when I couldn’t take it, though I am glad they didn’t give it,” wrote Tanasha.

A fan also asked her how she managed to quickly flatten her tummy over a week after she delivered the boy.

She answered: “Honestly speaking it all depends on each body type, everyone is different and everyone has different genes. I personally believe that it really all depends on your diet, genes whether or not you hydrate, I wouldn’t really pinpoint any specific secret.”

The boy is Diamond’s fourth child. The award-winning singer, 29, has two kids with Ugandan socialite Zari Hassan and one with former Miss Tanzania Hamisa Mobetto.

Diamond, who was previously dating Zari before they broke up in February 2018, has been in a relationship with Tanasha for over a year now.

This ain't no news.
Mwakilishi, enda pumwani maternity or any other facility and then tell us about the folks there.

Another brag to erode the millenniums wannabe's confidence/self esteem! Ati it's all in the genes...ha, ha,ha!

Btw; how was the sex? It must have been pretty good! So usituletee nyefnyef hapa!