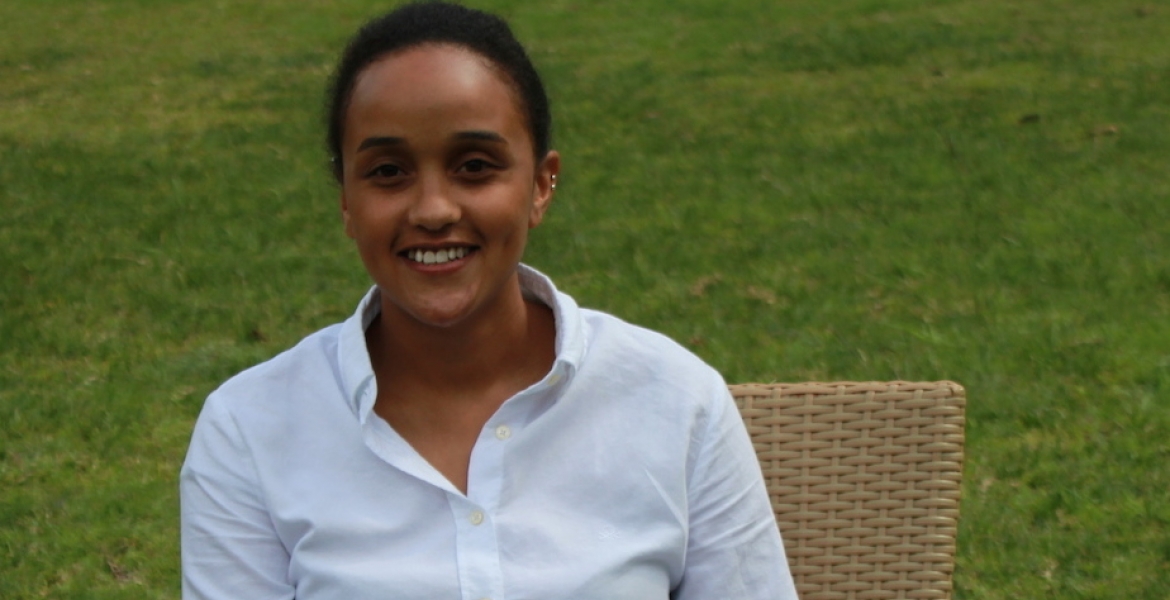 A man has excited Kenyans on Social media after he wrote to President Uhuru Kenyatta confessing his love for the First daughter Ngina Kenyatta.

In a message on Facebook, the asks the Head of State to intervene and let him have the daughter in return for a few goats, a message that went viral online, recieving thousands of shares and likes.

After 'salivating' for the light skinned beauty of the first daughtee, and knowing that chances of ever meeting her were minimal , the man decided to 'open his heart' through facebook.

He wrote: "Dear Mr President Uhuru Kenyatta, I love you because you have never dissapointed. You looked at Hon John Paul and saw that what was missing from him to be a complete Honourable is a car," he said.

He was referring to the President's gesture of gifting 12th Parliament youngest MP with a brand new Toyota Prado on Friday.

Known as Patoor Mbuguah Gichini on his social account, the man told President Uhuru that what was missing from him is a beautiful lover.

"Now look at me, what I am missing to be a complete man is a jigi jigi (wife). I like your daughter, please make me your son," he said.

He ends: "Ndîngìaga mbûri cia kûgûrana ta mûgìkûyû (I can afford goats to offer as dowry in line with Kikuyu customs)

Here are some of the reactions by Kenyans online.

Wambui Chiira comments: "Go for what you want n fight for it."

Waweru Paul said, "sure you deserve her."

I will treat this as ajoke. But if the man is really serious, he needs some psychological evaluation. Apparently divine intervention has not worked for the pastor.
I give him credit for making aspectacle of himself in public.
Light skinned beauty ha...

If this SALIVATING Joke of a Man says Uhuru has NEVER dissapointed; then he is Out of His Faking (hypocritical) Mind, was born Long after the 2007-2008 Post Election Violence, and has been Smoking Ganja too. For his Information: Uhuru has Disappointed Kenya many times left and right; day and night; day in day out beginning with The many Kenyans who were Scarred or died in 2007-2008's Post Election Violence?

Guest1, if this "salvating joke of a man" admitted that Uhuru has disappointed many, what are his changes of landing the first daughter in his grass thatched hut?Chances improves from 0 to 2% when he cottons to Uhuru.

A whole pastor seeking 15 minutes of fame and embarassing himself in the process. By the way she is OK there are other kawaida kenyan women light skinned or not who are real stunners. Truth be told this is an average looking person who just happens to be the president's daughter.

Kweli kabisa. I don't get the need to add light skinned in the article; obviously some colonial mentality enslavement makes some of us Africans see beauty as adorned in a Caucasian looking skin...She has okay looks, but there are many dark skinned stunning African women...

She to Relax; and be herself.

Correct. She has Average Looks far below Stunning (if you look carefully at her Brave Face).

Let this be be a private, personal, and a family issue. Leave Uhuru's daughter alone to live an ordinary life and like anybody else. The media should not get into her private life.

😂😂😂😂😂 People are seriously catching sick desease coz of a simple joke.

Let it be in Jesus name

I would never at anytime admire my son getting married to the daughter of a president as that would mean letting him to live in a constrained way of life and full of fear.