There's a Plot to Remove Me from Office, Chief Justice David Maraga Says 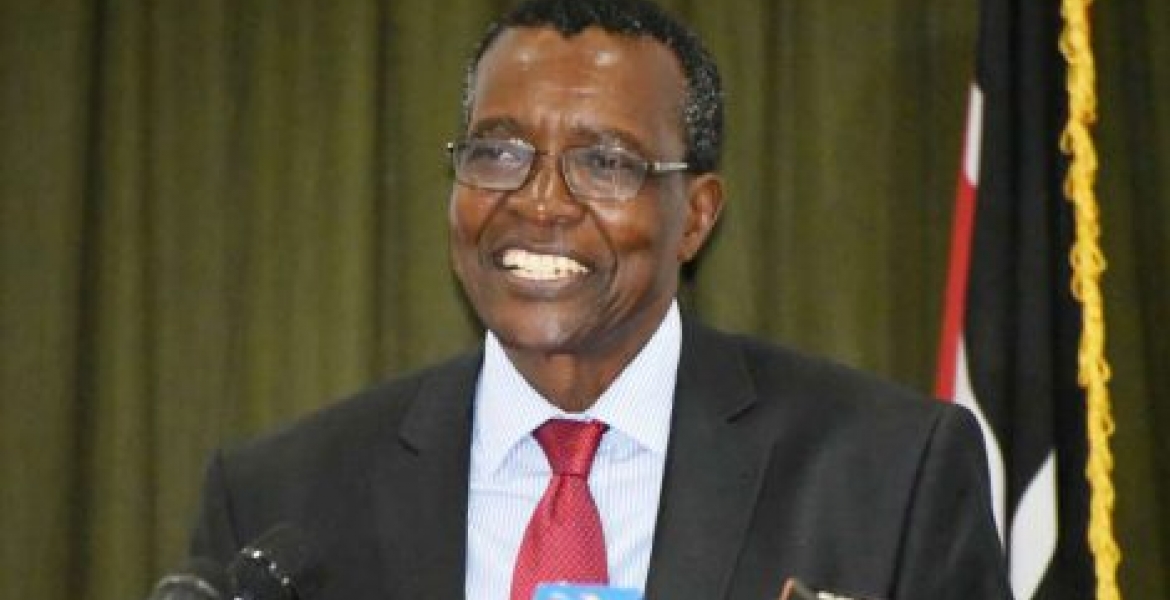 Chief Justice David Maraga claims that there is a plot by the Executive to remove him from office before the end of this year.

In a press briefing outside the Supreme Court building on Monday, Maraga explained how the Executive arm of the government has been frustrating his office and the entire Judiciary.

“Some CSs are saying I will go before the year ends, kumbe hii Kenya ina wenyewe?" posed a seemingly agitated Maraga.

He decried the under-funding of the Judiciary and continued failure to accord him and his office the respect he deserves.

“We have a huge backlog of cases which continue to pile because of lack of funds to even move judges around,” he said.

“Some judges are not able to get fuel for their cars and we have to ask them to get money from their pockets so that we can refund them. We should be given at least Sh5 billion every year for us to operate properly, or at least a reasonable amount,” he noted.

Maraga further gave examples of instances where the Executive undermined him and his office, citing failure to be invited and recognized in State functions.

He also claimed he has been denied access to the VIP lounge at Jomo Kenyatta International Airport (JKIA) yet junior government officers are given access.

“Let the office of the CJ be treated with dignity,” he said

He cited Mashujaa Day celebrations in Mombasa on October 20th where his presence was not acknowledged.

"I have decided that unless I am treated with the dignity due to my office, I will choose which of those State functions I will attend," he stated adding that he drives an inferior car compared to that given to Speakers of National Assembly and Senate.

" The CJ has no Mercedes car, when we applied we were told to keep to the minimum of a 2500cc car to avoid wastage yet both speakers have 5000cc Mercedes vehicles. That is just one incident.”

"You recently read of the order to remove traffic clearance for the CJ yet the same was given to junior officers and you were told that it was a mistake...very interesting.”

"CSs and PSs are cleared to enter State House before the CJ. The CJ is always told to wait at the sidelines," he added.

He further pointed out that he is treated respectfully in other countries than in his own country.

“The last Mashujaa Day, the CJ was allowed to walk to the dais through a sidewalk and the MC did not acknowledge his arrival despite doing it to other people,” he remarked.

Nonsense Nonsense maraga.Blah blah most kenyans wish they can even afford vitz za 1500cc n ur tapping like a holigan that u want 5000cc/mara Jkia special treatment/ this is total bullshit from a person like you who pretends ur a christian yet christians should b simple n humble n worldly things should come last??Maraga u list yr creditials when u came up with one of the stupid idiotic ruling during election petition stating that numbers don't matter it's the process.Kenya almost went to war juu u wanted yr god raila to b in power no matter what??U could have said let's all the ballots b opened in kasarani daylight n counted one by one then u make yr decisions.Yes as u said kenya iko na wenyewe.Yr judges continues to b bribed by big politicians who have stollen public monies they r released n u say nothing.So peleka hizo complains kwako kisii.We cannot wait for you to b shown the door.

I support Maraga in this case. I believe he is the best qualified Chief Justice Kenya has ever had. He is not a yes man. He tries to maintain an independent judicial in Kenya which is not easy thing to do given Kenya's long history of dictatorship and judicial intervention. Judicial independence serves as a safeguard for the rights and privileges provided by a limited constitution and prevents executive and legislative encroachment upon those rights. It also serves as a foundation for the rule of law and democracy. Kenya is governed by extremely ignorant and arrogant people that does know the constitution and what it pertains mainly because they are political appointees with little knowledge of the field they are appointed to perform duties. Maraga understands the inherent rights and wrongs of a legal cases and most cases he has dealt with so far has lacked emotional or technical bias which is what the other two branches of government prefers

Koni, the CJ started as a humble SDA, 2 years down the road, look at his priorities: Respect, Recognition, access to VIP lounge, Mercedes, Escort cars. For a reminder, when he was once stuck in Kisii, that car was a black Mercedes. The point here is the SDA who wouldn't work on Saturday is capable of avoiding the truth. I'm sure judiciary has a finance team that works with treasury, but he considers those to be "Junior" officers. Wondering what he would call janitors and custodians.

We told you a long time back but you kept praising them for their so called war on corruption.. This Uhuru government is not serious.

You know I wonder who is forcing him to do this job. Quit bratha Maraga and go to where you came from. No one is guaranteed anything to include life. So SHUT The F up and keep it moving. Judiciary is rotten with corruption, filth and infact the failure of Kenyan democracy. All this judges making a killing. Ati whining over getting mercedes. Buy yours Maraga. You deputy if you forgot remains on the bench despite allegations of more 750 million shillings and buildings all over nairobi. You will be remembered for your useless ruling of "Irregularity and Illegality" thats if any Law school teaches that. Punda imechoka. Kwenda Zako

Let him talk, they want to kill him because he has integrity.

Maraga respect is earned. Right now you have not earned it. The other day you wrecked Mercedes in Nakuru. Uhuru sent a Chopper to pick you & your wife. Why are you lying? Any car that can take you from point A to B is enough. You are not equivalent to the speaker of the Parliament. Muturi is number 3 from Uhuru. You are nowhere close to that. Enroll yourself to anger management class.

Why exactly do people expect criminals to support the Judiciary ?

He says that he is a Christian, this is hardly the way a Christian should approach"rejection".Magara appears to use his title for grandstanding.Its not necessary to drive a merc.to perform your duties.And dont let your senior title get into your head by belittling juniors.
If you truly are frustrated by the executive brach,simply resign,and the beans.
What appalls is the length of the backlog you mention.This is the first time Iam hearing this.Why did you wait this long?I can see some cases being swept under the rag...
Lets hear what the attorney general says.

Aaaah....priorities, priorities..... Maraga might have a point, BUT deep in him I see a cry for recognition and materialism...Which is the real Maraga?