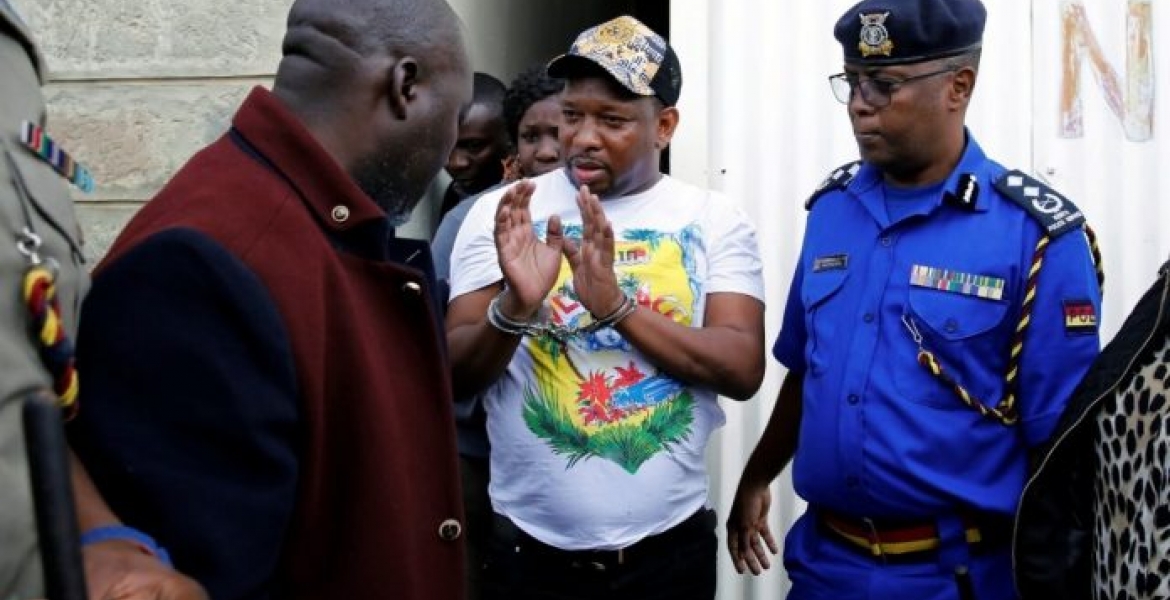 The National Police Service (NPS) says it will press assault charges against Nairobi Governor Mike Sonko who was arrested on Friday over graft accusations.

Police Spokesperson Charles Owino said Governor Sonko will be charged with assault after he allegedly attacked a senior police officer during his arrest in Voi, Taita Taveta.

“Consequent to these acts of lawlessness against lawful police action, the police will prefer assault and other related charges against the governor,” Owino said in a statement.

Sonko, who was apprehended by detectives from Ethics and Anti-Corruption Commission (EACC) at a roadblock in Voi, is currently being detained pending arraignment on Monday to face charges over alleged misappropriation of public funds totaling Sh357 million through irregular contracts.

“During the arrest, he became abusive, unruly and violent in an attempt to resist hence obstructing police officers from the lawful execution of their duties.”

“In the process, he assaulted and injured the senior police officer leading the team and damaged media equipment,” said Owino.

So far so good but these are just words. We will bekieve when we see him jailed.