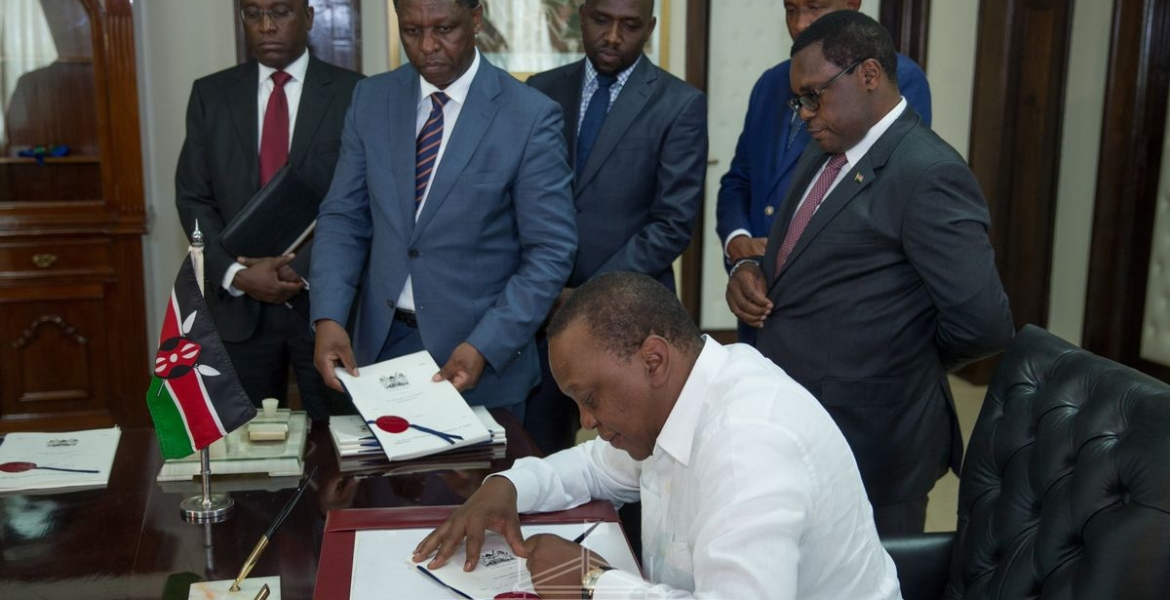 President Kenyatta recently signed into law the Kenya Roads Board (Amendment) Bill, 2019 that gives the government the green light to seek an infrastructure bond amounting to Sh800 billion in four years.

The law paves the way for the roads board to seek the funds to complete President Kenyatta administration’s pledge of building 10,000km of roads by 2022, The Standard reported. It will also allow the State agency to allocate funds for repayment of loans and other facilities taken for road maintenance, development, and rehabilitation.

The new piece of legislation aims at ensuring roads whose tenders have already been awarded are completed within the set timelines. Presently, 6,800km of roads countrywide are at different stages of implementation including procurement to construction stage, according to the websites of road agencies.

“The law that has been signed by the President now opens the opportunity for the country to realize the pledged roads in the shortest time possible, we will allow the government to seek Sh800 billion to ensure they complete 10,000km of roads in four years,” National Assembly’s transport committee chair David Pkosing said.

The new Act will reorganize the mandate and operations of Kenya Roads Board and other road agencies including Kenya Highways Authority (KeNHA), Kenya Rural Roads Authority (Kerra) and Kenya Urban Roads Authority (Kura). The law also spells out how funds will be used in the construction and maintenance of roads.

More loans for "infrastructure". More debt. Tough times ahead when it's time to pay back.

Kibaki built more roads in his first five years in Office, than Uhuru has done since 2013, but he never borrowed any money. Infact, he said that Kenya does not need external loans, we just have to efficiently collect and use what we already have. He never travelled outside Kenya to beg for money, or source for loans. Yet his infrastructure projects were completed successfully, without burdening the Country with debts. Uhuru, please seek some advice from Kibaki. Remember, loans always come with conditions to benefit the giver, not the taker. By efficiently collecting taxes, and making sure Contracts with Contractors were watertight, Kibaki had no use for the World Bank, or the IMF. And the Chinese in Kenya, under Kibaki, were Workers, not Masters.