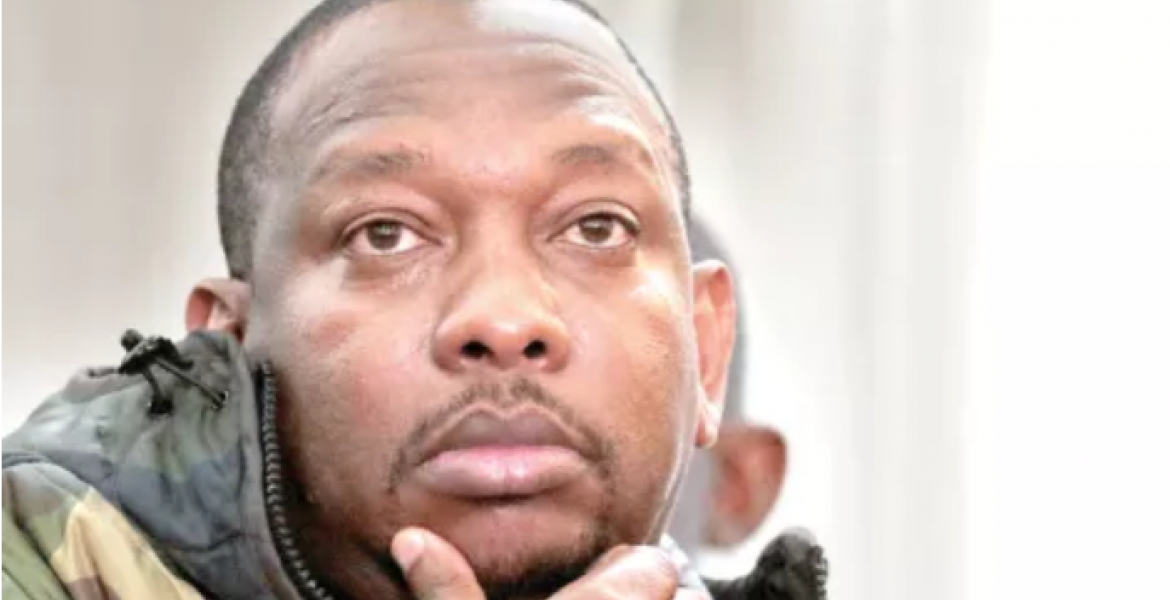 Nairobi Governor Mike Sonko says he is unable to financially support himself or his family after the Assets Recovery Agency (ARA) allegedly froze his bank accounts.

In an application filed through his attorney Harrison Kinyanjui, Sonko claimed that ARA suspended his bank accounts without an appropriate court order. He alleged the assets recovery agency used an order issued ex-parte on December 11th, 2019 to freeze his bank accounts despite expiring 14 days later.

“To continue festering these bank accounts of the applicant in the manner complained of itself is a violation of the constitution,” Kinyanjui said on Tuesday.

Nine bankers, among them Diamond Trust Bank, National Bank, Equity Bank, and KCB allegedly informed Sonko that his accounts were frozen following an ex-parte order issued by Magistrate E. Riany at the request of ARA.

The magistrate directed that the application by ARA be served upon the respondents and an inter-party hearing was scheduled for December 23rd last year, Lawyer Kinyanjui said. Kinyanjui added that Sonko was not served and thus the matter failed to proceed on the said date, accusing ARA of uttering a false document to misrepresent to the governor’s bankers.

“Having not been extended beyond the 14 days initially granted in December 2019, the said orders is a nullity and cannot be legally enforced having lapsed and ought to be vacated,” read court papers.

“The Assets Recovery Agency is thus relying upon a non-existing and lapsed order to unlawfully invade and freeze the applicant’s bank accounts in breach of the constitution.”

Woiye Sonko pole. Sell some of your jewelry and expensive unwanted cars and beach plots. Ajabu you can claim you don’t have any coins...

@Omosh, the golden shoes and golden dishes is enough.

@sonkore - being broke is a very good way for you to experience what others go through when you steal from them! Those you stole from have families to fed for, so stop whining.

Your family is not any special! You can do some makanga ( tout) jobs to earn a living while you wait to be incarcerated!

Now would be a good time to show some humility.Start by dressing your age ,get rid of armed security and forget about parading Nairobi with your “squad” in gold clad vehicles ,grown men wearing bandanas flashing AK 47’s .Or you can ask your mentor arap mashamba to loan you some funds that is if he can take time off from his church harambees.Kenya and specifically Nairobi has its owners .What is it about being mayor or governor of nairobi is just a bad omen all former holders of this seat have “fallen by the way side”.

I do not understand why the high priest of corruption is still roaming the streets while Kshs 21 billion for building dams is still un-accounted for. Only in Africa this kind of theft can take place and the thieves still remain in office to strike even hard later.

Sonko can sell some of his fake gold chairs and cars to feed his family if he is now broke.

But the strangest thing in all this is how voters continue to glorify politicians who steal from them and commit other crimes - eg - Moses Kuria who beat a woman senselessly. Now the ardent supporter is what Kuria did is Murkomen, Sudi, Alice Wahome, and DP Ruto!

As you can see now, Ruto has embraced Kuria. Every corrupt politicians ends up in the Arap Mwizi court. This is why I do not think that Ruto should be any where near power. His appetite to steal will lender Kenya completely broke if he is elected president.

I still want to see a Kenya where folks take responsibility of the wrongs they did without claiming political witch hunter. It will be such a glorious thing when such a day beckons on the horizon.

Ati Sonko!How can we allow a TOTAL nobody from NOWHERE to hold such a title?We gave him some little space to make some little change money,then he goes dishing it to his fellow rats and starts controlling them!WE are the ones who control the rats and we don't go around dishing the crumbs anyhowly.We just use our family back ground and ethnicity and throw some crumbs at election time!Aish!This is too much!Ati Sonko Rescue Team!Hehehee,Kai kamundu gaka kena ngoma?Atjua hajui!