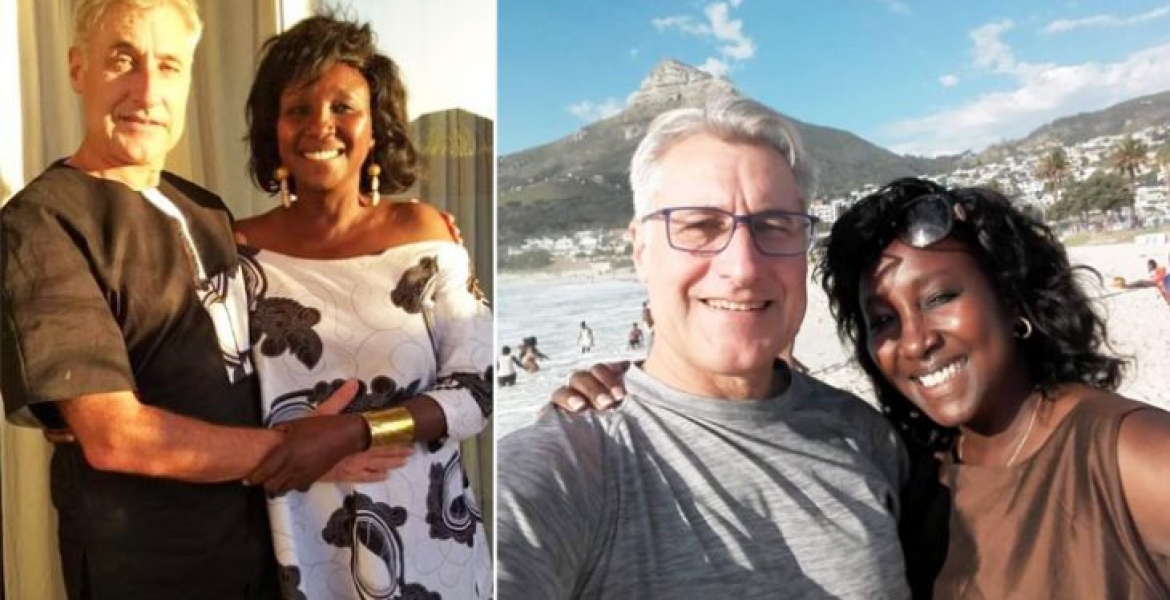 Uasin Gishu Woman Representative Gladys Shollei has spoken out after photos showing her getting ‘intimate’ with an unidentified white man went viral on social media on Friday.

Speaking during a press briefing at Poa Place Resort in Eldoret on Friday night, Shollei alleged that someone was out to taint her name by leaking the images online. She said the person behind the sharing of the photos on social media was “known to me.”

“Recently, I have been threatened with destruction of my character and image by a person known to me. I will, however, never respond to them, or do the same to them because I was never raised to be an evil person.”

“I have seen that they are making good of those threats. Those photographs out there reveal no improper conduct on my part. In terms of using them to destroy me, I believe that no human being can destroy me unless my God does it, or if they are God, which they are not,” she added.

She vowed that this would not distract her from doing her job and serving the people of Uasin Gishu County, promising not to comment on the matter again.

The images emerged online barely two weeks after Gladys officially separated from her former husband, former Standard Group CEO, Sam Shollei, who has since gotten married to a younger woman.

Mr. Shollei was granted a divorce from Gladys on January 8th, 2020 by a Nairobi court. He filed for divorce on September 6th, 2019 after 25 years of marriage, citing desertion and irretrievable breakdown of their relationship.

", who has since gotten married to a younger woman". what is the relevance of this statement.
Anyway, Glady's does not have to be defensive if she is single.Unless it can be proven that this mzungu is the once who created a rift between her and the ex.
And talking about God,did you pray that you divorce from your husband?And he granted the divorce...
I highly doubt if God participates in mate selection,or survival of marriages. This is left to the parties involved.

@shollei - and why are you making too much hay about dating an old Caucasian man? You are neither the first nor the last Kalejin woman to do so.

Your old dude walked away from the marriage. So, it’s your choice and your taste regarding who you cohabit with henceforth! He probably was already cohabiting with some young “thing” way before he dumped you.

It is not about serving the people of Uwasin Gishu. It is all about finding a decent man, capable of serving you to your utmost satisfaction! And there are quite many out there in your age blanket despite the competition with your peers!

Good for her! Is she supposed to drop and die bcoz Mr. Shollei moved on? This is 2020. Go Gladys! All the best.

After divorce you are free to date anyone.

Do i really care what dick G. Shollei like to do a blow job to???? Nope! African, chungu or chinese, good for her. Don't know why this is news.

Someone being defensive. Keep your bedrooms story to yourselves. If you cheated no one cares. It’s so troubling that I went to trout tree Nanyuki and Mombasa and saw how this young girls are being treated na Bawa wazungu.. is it truly worth it ?

We are the dumping/dumped generation. its what we do best. So let her be, focus on your own dumped/dumping self and ask yourself... are you next on the dumping block?

Apparently these photos were taken when Shollei (Woman Rep) was still married. She made her hubby look bad dating and marrying a younger colleague when she clearly had skeletons in her closet. Wamama chungeni sana. Exposing your man doesn't give you a free pass in umalaya! Women are dangerous too when it comes to multiple relationships and spreading STDs, just don't be fooled by feminity.