President Uhuru Drives Himself Around Nairobi at Night 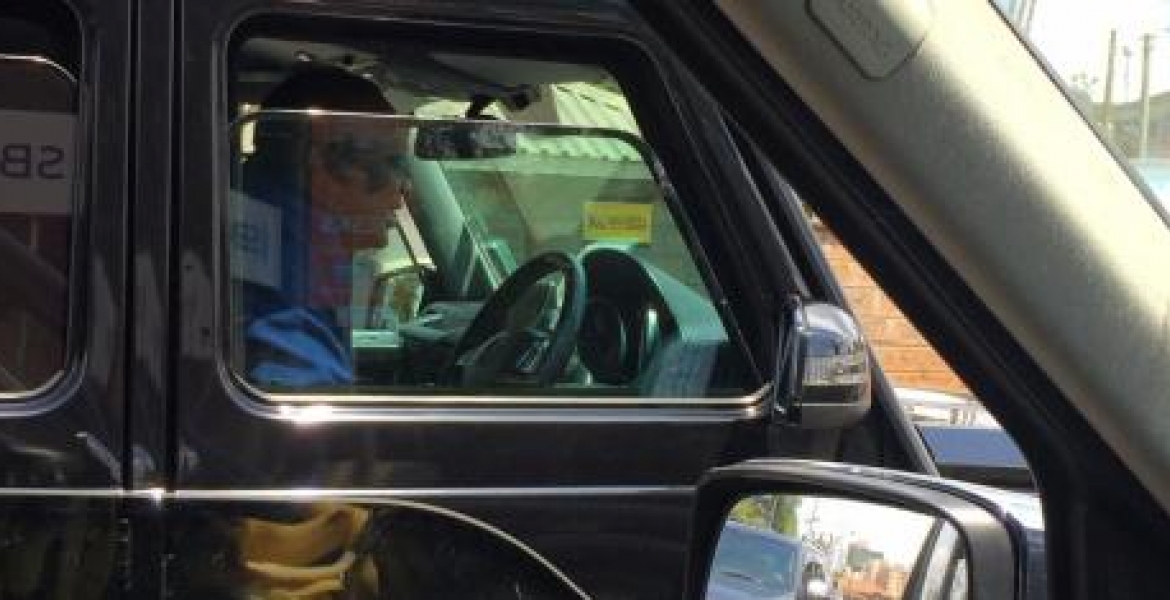 President Kenyatta on Saturday night made another surprise visit to Nairobi CBD to inspect some ongoing development projects.

Kenyatta who was in the company of Nairobi Metropolitan Service (NMS) director-general Maj. Gen Mohamed Badi was driving himself in a salon police car, according to The Standard. Also in his entourage was a small contingent of security officers.

His first stop was along Kenyatta Avenue, where NMS is putting up walkways for pedestrians. He then briefly visited Kirinyaga Road and addressed a small crowd before driving off.

The Standard reports that Uhuru was later spotted behind the wheel along Thika Road, Outering Road, and Jogoo Road where he also made a number of stopovers.

At around 2 am, he visited a market that is under construction along Kangundo Road before driving to Kilimani Police Station through the city center, where he commended the use of the digital occurrence book (OB) which was launched last week by Interior CS Fred Matiang’i.

“Visit to Kilimani to view progress with new OB. Well done, keep it up,” the president wrote in the book as quoted by The Standard.

Uhuru has developed a habit of driving himself around Nairobi in recent months. On July 19th, Uhuru was filmed driving himself in the city center, where he made a brief stopover along Haile Selassie avenue and waived at a crowd.

A video shared online showed Uhuru, who is dressed in blue jeans and black overcoat, alighting from a Mercedes G Wagon. He waived at a crowd before driving off.

The footage showed the two alighting a vehicle along Kenyatta Avenue with a small motorcade behind them. Uhuru was on the driver’s seat as Raila rode shotgun.

The visit was caught on CCTV at around 8:25 pm, with reports indicating the two had gone to inspect some projects being undertaken by NMS.

This is exactly what happens when every body who works for you is untrustworthy, a thief, and not worth the paper his/her name is written on! Evan the DP Ruto can not be trusted because his core goal is stealing from poor Kenyans.

It good for the president to make sure projects are getting done properly!

Uhuru should be prosecuted and quarantine for flouting Corona curfew law that he himself signed! What the heck is he doing addressing crowds past midnight? No one is above the law.

Why is this news. Are we going back to the days when Kenya had one tv station n for one hour it was all bout praising Moi n got worse on Sunday where we would have to hear a whole sermon of a Church cause Moi was in attendance. Kenyans due to Covid have lost jobs real bad n we need to know what Uhuru is goin to do bout this while he is driving round Nairobi. Kenyans pliz stay woke as things r falling apart.

Please also inform us when he takes a shit by himself and when he masturbates by himself too ... nyang'au brarry fuuu

I love Uhuru with his casual attitude. But really, why should a whole president ride alone to go "inspect projects" of all time, at night? First off, don't we specialists to do this and secondly, how good of an inspection can be done by a president at night?

Down to earth... good question .. Can someone check and see what kind of an inspector he is and why at night. He wear glasses too where are his glass or he is able to see at night during the day he has to wear glasses when putting signature.

Inspecting what at night along Koinange Street?