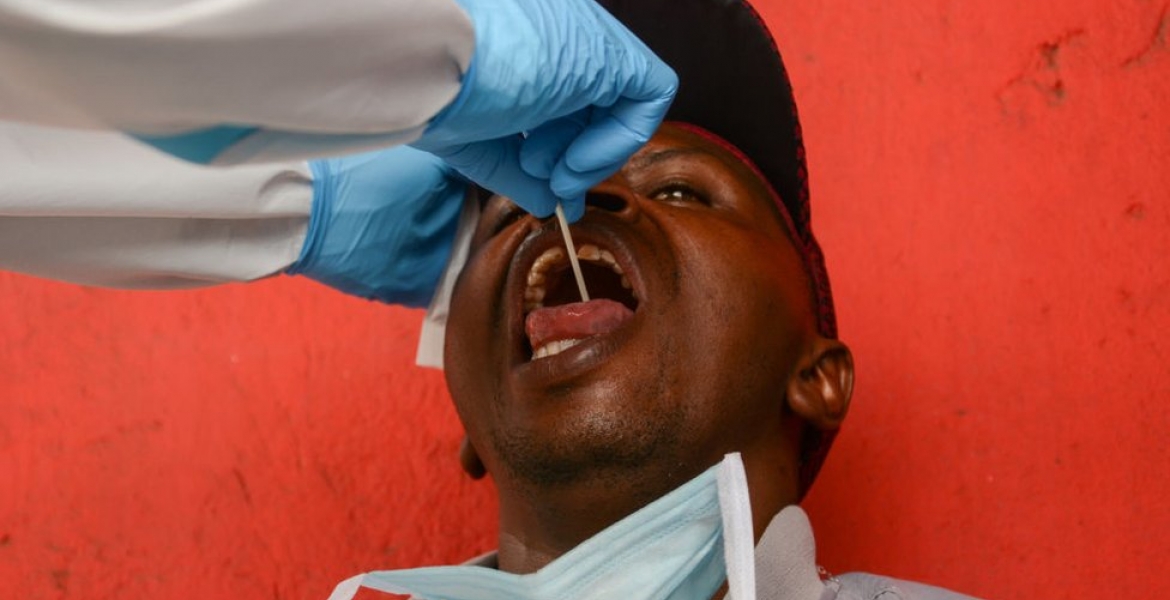 The government says it may be forced to reintroduce tough Covid-19 containment measures due to the rising number of infections.

Health CAS Dr. Rashid Aman on Tuesday raised alarm over a worrying spike in the number of daily Covid-19 cases in the past few days with the positivity rate moving above five percent.

He warned that the government could be forced to restrict the movement of people and close schools if the trend continues.

“We will have to take action to restrict movement or close schools if numbers will increase…We will monitor what is happening in our schools and take action based on what will be fit at that time,” Aman said during a press briefing.

“We have reported cases of reinfection in our country…We have instituted measures which have played a big role even as we are relaxing some measures that were put in place.”

“I appeal to all Kenyans to be vigilant now more than ever before so that we protect our children…Public service vehicles must not overload…If we fail to adhere to the measures we will have ourselves to blame. Teachers should ensure the agreed protocols are adhered to,” he added.

On Tuesday, 318 new positive cases including 309 Kenyans and nine foreigners were reported across the country raising the total number of infections to 41,937.

243 people recovered from the disease, bringing the overall number of recoveries to 31,340 while the death toll rose by 10 to 787.

Ban all political meetings and going to all places of worshipping foreign and "fake" religions.

Ndugu Imara,I have been waiting for those two big foreign religions to explain why they Gods have allowed covid19 to wrack havoc.But no answer yet still waiting.
My religion SCIENCES,tell us that if we observe social distance,wash hands thoughly with soap, sanitizer,and quarrantine those infected,we could contain this menace.As you can see using our brains,and not prayers will get us out of this pandemic.As science works toward getting avaccine, or cure, right now our greatest intervention is brain power,and not Devine.Though I challenge those who think prayers can wash away covid19 to come out and prove it.If this happen s, I will be one of the most ardent followers.Surely since covid19 was exposed, prayers have been poured out.Whatis the response?,or is it too early...to reap fruits of these prayers?Science,and commonsense will do more than prayers in my opinion,if you doubt me,I prove wrong.Irest my case.

It is said those calling for the re-opening of schools do not have school going children.How selfish .Another picture shows school kids co-learning or should I say co-habiting with chickens because the headmistress took up poultry farming to supplement her income and schools were reopened before her chickens were mature enough for sale.Students or as they are called learners are expected to persevere until the chickens mature wow.🤩
When will this donkey of a government realize the kids are innocent concentrate their devious ways on unemployed youth they have the time for their stupidity .School going children especially examination candidates cannot be stressed about COVID they have enough to worry about some may infect their grandparents and the hospitals well are just a joke

I totally agree with you.

I beg your pardon Brother Maxiley. I accidentally misspelt your name.