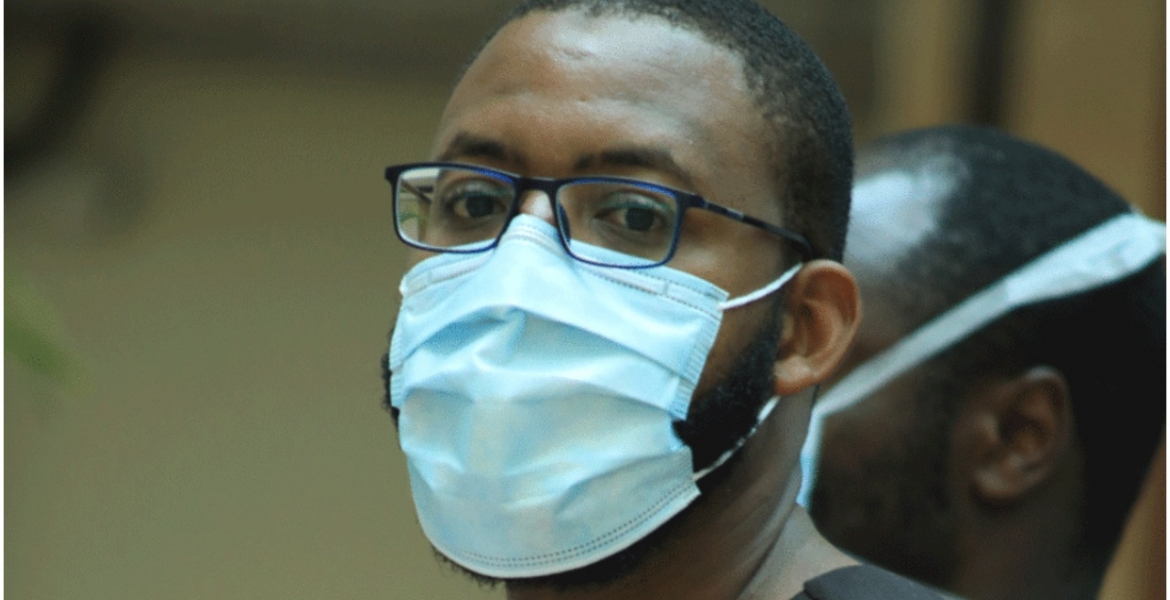 Mombasa Governor Ali Hassan Joho’s administration has axed 86 doctors who failed to resume duty after their strike was called off.

Among those who have lost their jobs are senior medical specialists including Kenya Medical Practitioners and Dentists Union (KMPDU) secretary-general Chibanzi Mwachonda.

Through a notice dated January 6th, 2021, Mombasa County Public Service Board secretary Jeizun Faruk said the 86 medics failed to deliver services without valid reasons which amount to negligence of duty.

“Following the correspondences shared between the Department of Health and the County Public Service Board on the doctors strike, the Board pursuant to Section 59 (1) (c) of the County Governments Act No. 17 of 2012, hereby conveys its decision vide Special Board meeting held on 5th January, 2021 that all the doctors who have failed, refused and/or neglected to return to work be dismissed from County Services as provided for under Section 44 (4) (a), (c) and {e) of the Employment Act 2007 which constitute justifiable or lawful grounds for the dismissal as highlighted in the Act,” reads a notice from the board.

The sacked doctors were directed to immediately surrender all properties belonging to the county government to their supervisors.

"We have received the letters of dismissal but they are illegal, they are the ones who took us to court and cannot by-pass the court process. We are not scared. We will move to court to get an injunction," said Mwachi.

Mombasa County has a total of 220 doctors.

Doctors called off their nationwide strike on December 24th after they signed a deal with the government.

This is what happens when you hire a corrupt drug dealer who also happens to not be smart. This fool had a D in high school, go figure.

Ruto is not that far from joho’s grades. He scored a D- average plus a fake PhD. So you can say John is smarter than ruto!

Why forget muchawi Raila who never went beyond std five leave alone an E in exams?The savage was expelled from school for stoning a maths teacher.His father,Jaramogi took him to East Germany to study fighting skills and he got a certificate on carpenterly.

Good for them.
The Kenyan government hates Kenyan doctors.

Kenyan doctors need to go to work in other countries, where they will be well paid and given PPE’s.
For example:
The American government is looking for doctors.

Here is the link:

Stop working for Kenya government. Save yourselves.

"dr'muuaji Joho will now double as county doctor and governor.I wish these doctors relocated and forget working for Kenyans.Time to move is now.

Only 220 doctors in Mombasa county :-(. Wow! This place have over 1 million people living there. That was a smart move on Joho’s part to fire 86 doctors.
Like I always said, Kenya is like a big bad soap opera. As the world turns....

This is sure to improve medical services(said nobody ever)- do governors not have advisors or is the man just terminally stupid?

I think every body is terminally stupid; you included @mundumugo! Use your Witchery to heal the 😷 sick; you included!

Do you know sarcasm or does it just go over your head. I'm going to presume you just missed what I really said.

Well, this may be surprise some of you, but, did you know there are more than 2k recent medical graduate doctors in Kenya who are still unemployed, and for those who currently are, have not been paid for the last 6 to 7 months on average? Who's fooling who here?