Sonko to Uhuru: You Didn't Make Me Nairobi Governor, I Got More Votes Than You 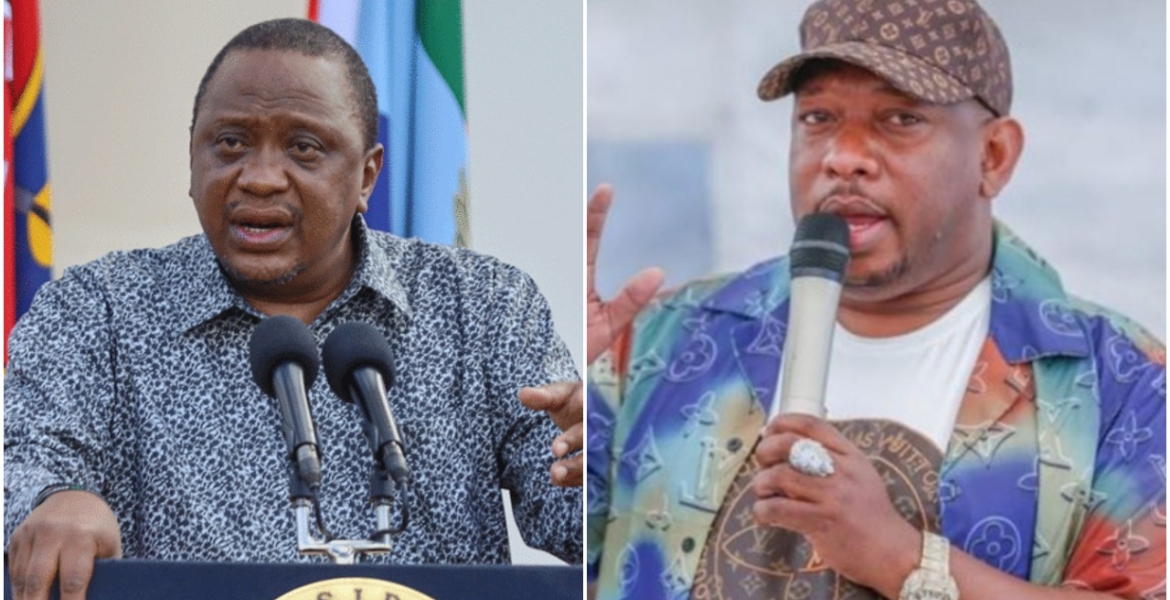 Mike Sonko has dismissed President Kenyatta’s claim that he helped him become the Governor for Nairobi.

In an interview aired on Monday, Kenyatta stated that he played a vital role in Sonko’s election but he failed to live up to expectations.

“I helped this young man (Sonko) get that seat. Instead of working, he was up and about, doing nothing. Just look at his replacement (NMS director-general Mohamed Badi), he has opened roads in Industrial Area, among other development projects," President Uhuru asserted.

In a rejoinder, Sonko affirmed that he campaigned for himself and even garnered more votes in Nairobi than President Kenyatta.

"For the record, it is not Uhuru Kenyatta who made me the Governor of Nairobi. I was validly elected by close to one million residents of Nairobi, garnering more votes than the President himself, and Governors are not Presidential appointees," Sonko said in a strongly-worded statement.

Sonko, who was impeached last month, further refuted Uhuru’s claims that he achieved nothing during his three year-stay at City Hall.

"Within a few days after assuming office, I cracked down on the cartels that had held Nairobi hostage for decades, sealed all the looting avenues by digitizing revenue collection, and Nairobians began to enjoy services once again without having to offer or pay a bribe.”

"It is the result of these stringent measures that International Agencies and Partners like the World Bank, UNEP, UNDP, DANIDA, and many others regained confidence in Nairobi, and provided support that saw my administration build over 140km of roads in under two years, compared to less than 20km done by my predecessor in 5 years," added Sonko.

If Uhuru gave him a hike up to get the job, then he too should go as that would amount to discrimination and favourism not extended to the other candidates. The guy (Sonko) was a clown from the word go...he clearly gets his coins from other means judging by his extravagant lifestyle (and attire). Nairobi is a stink house compared to yester years and the infrastructure is a joke! Period...now what else is new?

The attire Sonko wears is cheap Mutunba junk! Nothing expensive my fren! The joy dresses like a thang! Hood rum for real!

Sonko is more popular than Uhuru Kenyatta in Nairobi.

Uhuru rigged himself in.

And can we conclude that Nairobi voters are bunch of thieves too for electing another thief called Sonko?

But Sonko, Uhuru got you fired! That is a bigger blow than you getting your ex governor job! Simply meaning you did not have much power since you couldn’t keep yourself on the job!

Uhuru is right. Sonko boy was always out and about showboating.

Kenyans need to take back our country.
All this BS from SONKO, UHURU RUTO, Raila, has to come to an end.
We need to do what other countries are doing...
REVOLUTIONS...get them out and in jail.
Who cursed Kenya?

Let’s not take the eye off the ball that Sonko has a huge case to answer involving stealing people’s tax money. He is a known public thief! Useless trash if you ask me!