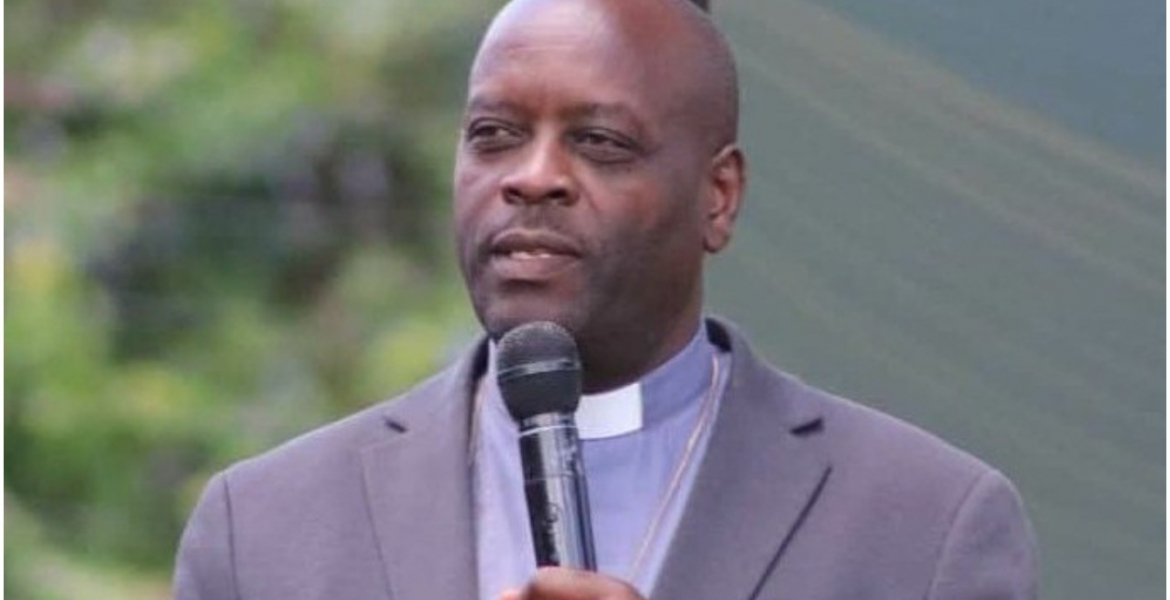 The family of the late PCEA secretary-general Rev. Peter Kania has revealed how fraudsters withdrew Sh3 million from his bank accounts following his death.

After the cleric succumbed to COVID-19 in July last year, the family switched off his phone before his widow turned it on two weeks later. She could not access the contents of the phone despite having the correct PIN.

Armed with a copy of Kania’s death certificate and an affidavit, the family visited the offices of a mobile service provider to establish what was wrong. They were shocked to learn that the deceased’s Sim Card was still in use and had been used to make several financial transactions.

The family was in more shock after they obtained financial details from two banks where Kania had accounts. The accounts had been emptied and used to apply for a loan of Sh500,000.

A probe commenced after the family filed a report at the Directorate of Criminal Investigation (DCI). Investigators established that criminals started withdrawing money from Kania’s bank accounts through mobile cash transfer service hours after his demise.

Two former bank employees suspected to have been working together with a clerk at the National Registration Bureau have since been arrested in connection with the fraud. The two suspects are said to have been operating a racket of identity theft, which they use to fleece the dead.

The racket allegedly targets rich people who are placed in the obituaries, from where they pick their information and get down to work with the help of IT experts and officials from the Registrar of Persons. They use the information to access and withdraw cash from bank accounts owned by the deceased.

Kenya is a true HUSTLER'S nation.
Everyone for himself and GOD for us all.
But this is what is being preached day in day out. This is what we are seeing from the top.
This won't end until we wake up and push for changes.

High-tech robbery- the technical arm of intellectual thieves.Wow! What shocks me is the level of network involved.They only way to deter this kind of crimes is to remove them from society.Two choices,jail them for life,or hang them.You want solution to this menace to society? Pick one.

I got a chance to listen to Rev Kania Speak once in our church. What a brilliant brilliant man. Gone too soon. RIP Kania. May your family find comfort and Strength. May your memory continue to be a blessing for those that got to know you.

The Director of Public Prosecution, Directorate of Criminal Investigation, and the Director-General of National Intelligence Service leaders have a moral obligation to work together as a team in order to rescue our nation from its current highway to oblivion as a respected nation.

We need a special confined center, where anyone caught stealing, embezzling funds, giving or receiving a bribery should be housed and their case completed before being cleared and released to the public as normal citizens.

By the way, what happened to the people accused of the financial mismanagement of the Arror and Kimwarer two dams scandals in Kenya?

Corruption starts from the top-president and goes straight to the opposition leader.Or how can you describe the recent shs 2m.vehicle loans to 2600 MCAs to pass Raila’s BBI?Is that not bribery?How are they expected to repay if not through stealing the WARD FUND?RISASI TU is the only way out.MPs will be bribed shs 7m. each in two weeks time.I heard some Kenyans complaint about high cost of living after hiking of petrol but pole sana-mambo bado.The same fools want to pass the BBI which will be financed/implemented by their pockets.I am still wondering how hiring of 100 more escorts will stop Raila from killing Kenyans if defeated.

The bank needs to be sued for not providing enough security for it's customers.

They do this because Kenyan men decided not to be telling their wives what they own. Why work hard your whole life, pill up wealth and after your departure the wealth is taken over by such thugs. Spouses be open about your possessions so when you go, your hard-work transitions to the people that loved you the most. If these thieves are taking money, how many in the land ministry are gifting themselves land belonging to men who lacked wisdom?