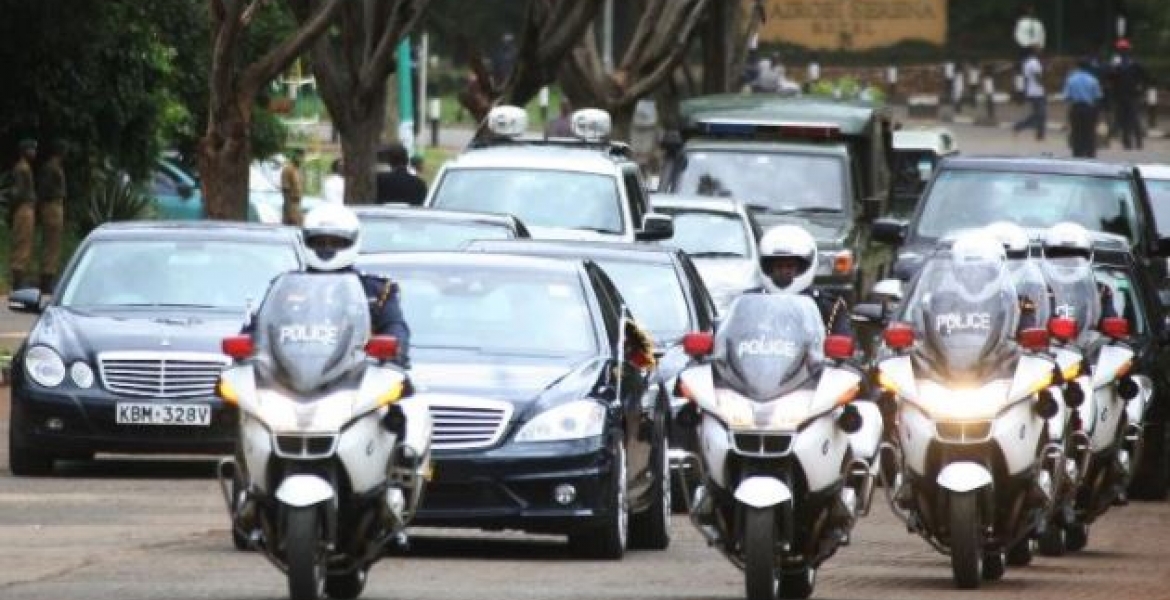 A middle-aged Kenyan man was on Tuesday arrested for allegedly blocking President Kenyatta’s convoy in Nairobi.

The man identified as Uvinalies Nyabuto is accused of obstructing Kenyatta’s motorcade on State House Road in Nairobi on Tuesday, December 10th at 2 pm. He was reportedly carrying a placard begging President Kenyatta to help him to join the Kenya Defense Forces (KDF).

“Your Excellency, kindly offer a chance to join the Kenya Defense Forces. Am sorry for disrespect your security (sic). Please, Mr President. Nyabuto,” his placard read.

Nyabuto was immediately arrested and taken to Kilimani Police Station, where he is being held, K24 Digital reported. His placard was also confiscated and it is not clear whether he will be arraigned in court.

At the time, President Kenyatta was heading to State House after attending the 9th African, Caribbean and Pacific (ACP) summit at Kenyatta International Conference Centre (KICC).

Please, please give this young man a chance Mr. President! Unfortunately the youth are suffering from joblessness! The youth of Kenya have lost hope in the government!Those are the real faces of Kenyans! Suffering! Pain! poverty!Hunger!Educated but Jobless!

Let the truth be told!