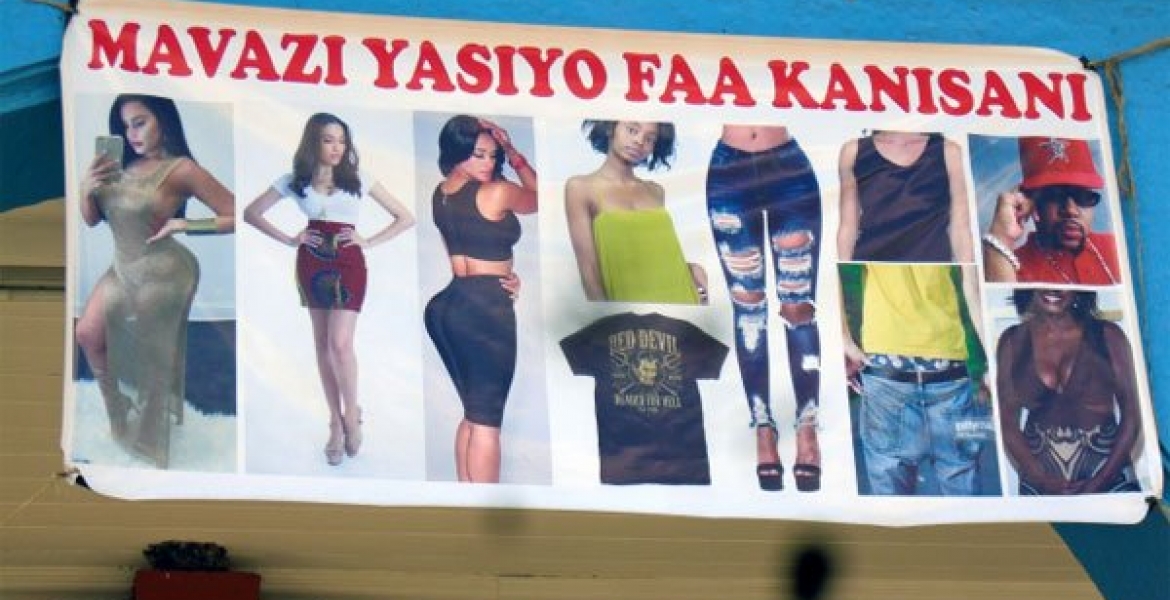 A Nairobi-based Catholic Church has caused a stir online after it released a banner bearing images of types of clothes that worshippers are prohibited from wearing.

St Peter Claver’s Catholic Church indicated that the types of clothes were banned on grounds of indecency. The banner, which is conspicuously hanged at the church’s entrance, is headlined: “Mavazi Yasiyofaa Kanisani,” loosely translated to mean, clothes that have been banned from the church.

The church did not state what will happen to congregants who choose to break the new rules on the dressing.

Social media user @kyaritieakwabi said: “They should have used photos of the washirika who r inappropriately dressed sio za download.”
@joeAdmin1 noted: “Anyway the Catholic church isn't safe for your kids...  So we are all boycotting.”

"What you wear to a dance hall or disco should not be the same as what you wear in church," Rosalia Alexis said.

What is catching my attention here is that,the church did not take the pictures of these "indecent Clothes",but part of the bodies these clothes are on.Thus desecrating the church...Why didnt they merely take pictures of these clothes? I guess viewing these body parts before entrance sharpens the senses.Thus improving attention.
Most importantly, Isee discrimination here. All these ban is against what women wear.And that's indecent.

How about corrupt politicians stealing public funds then donating some to the church. The catholic church in Kenya is the most corrupt non government institution.

They don't want pros titutes and drunks and gangs in church...african clothing was loin cloths, mzungu mindset must go.