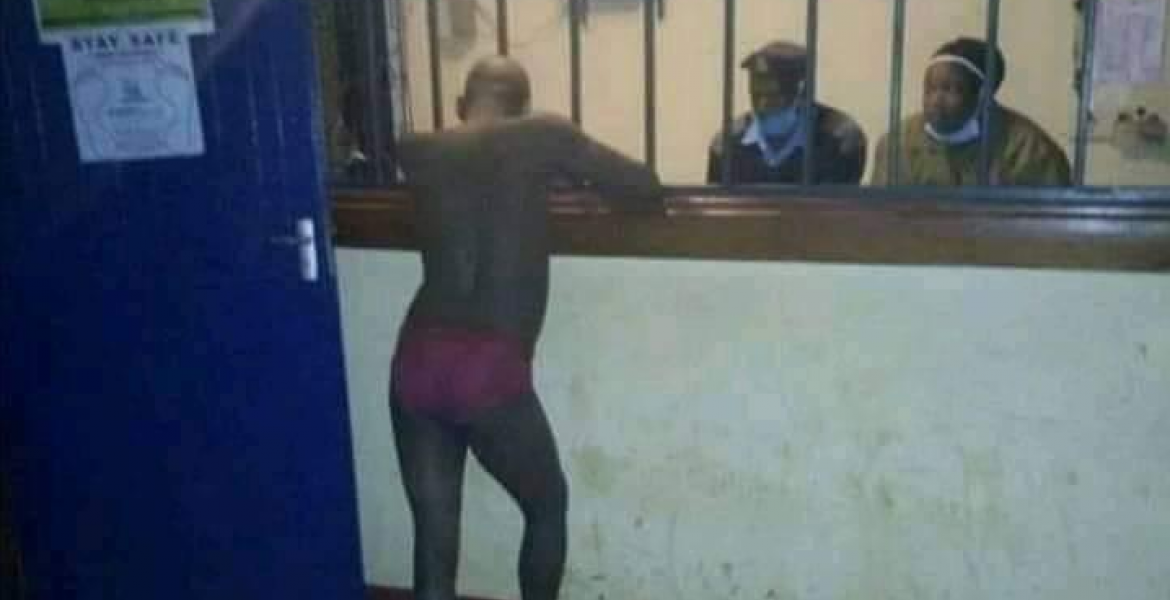 A photo of a naked man seeking help at a police station in Nairobi has gone viral on social media.

The unidentified man is said to have run into Embakasi Police Station on Saturday night to seek protection from a Kenya Defense Forces (KDF) soldier who was baying for his blood, according to reports.

The middle-aged man charged into the police station after the KDF officer stationed at Nanyuki Barracks allegedly busted him in his house with his wife.

The man is reported to have told police officers that the soldier’s wife lied to him that her husband died during the DusitD2 terror attack in January 2019.

“The lady told me she was a widow and that her husband had died during the DusitD2 terror attack. I didn’t know the husband was not only alive but was also a KDF officer stationed in Nanyuki barracks,” the man allegedly explained while seeking police protection.

In the viral photo, the man, who is in pink underwear only, is seen conversing with two police officers who are on the other side of the reception area.

What kind of a man wears a Pink underware? A sissy and one who can't seduce for himself; mla vya wenyewe.

It's the "Widow's underwear 🥴

Is he wearing a mask?

Hahaa, looks like a Kenyan -Greek sculpture to me. Magenta wah!

I pray he finds safety and his life is saved! that lady is to blame.