Kabogo Admits He Leads a Flashy Lifestyle, Says He Owns an Amphibious Car 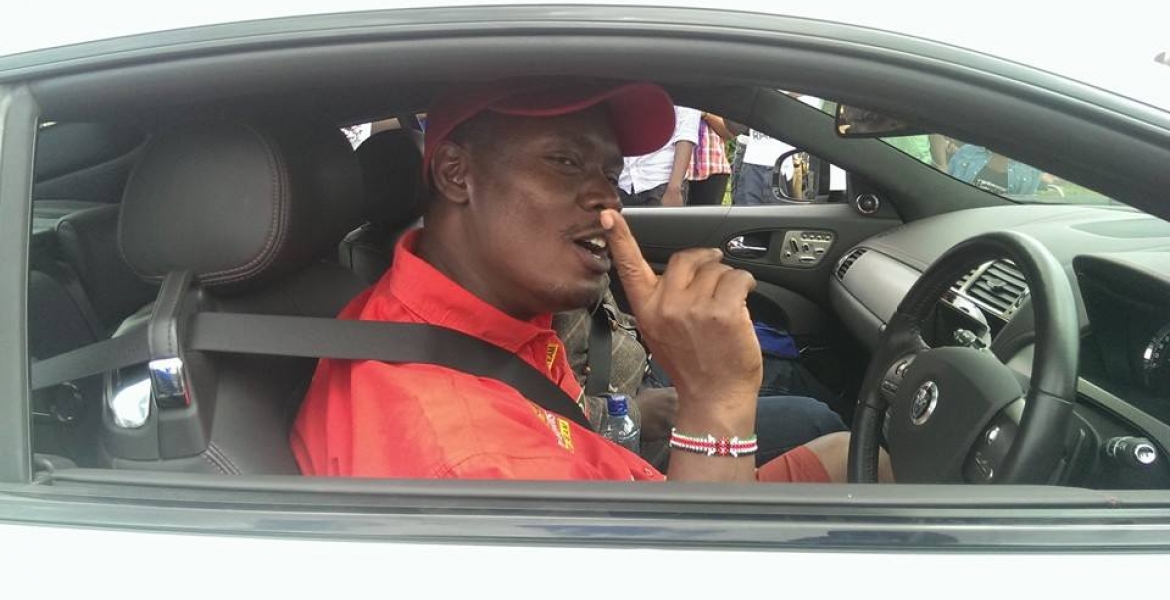 Former Kiambu Governor William Kabogo has admitted he leads a flashy lifestyle featuring luxury cars and aircraft. Kabogo in an interview with Milele FM’s Jalang’o said he has purchased many expensive things, some of which he does not really need. For instance, he said he owns an amphibious car - a type of vehicle that runs on land and under or on water.

“My favorite car amongst the ones I have is the amphibious one. The one that goes in and out of water. So it can swim and it can run on dry land. Nikichukua dem yako nitaenda, tuingie kwa maji uko wewe hauwezi ingia utazama lakini mimi nitapita,” Kabogo says in the interview.

Further to this, he said he purchase a private jet with a capacity of 12 passengers. “I have tried many things. I have bought many things. To buy a plane to just to run around is not a nice thing,” he added.

Kabogo said he made his wealth through hard work since 1980 when he served as a government auditor and later working for an NGO where he earned half a million shillings per month.

“People want to be like Kabogo in three years, I built what I have for 30 years. From 1980 jasho, kwanza nilikuwa nimeajiriwa hapa Auditor General (office) as a government auditor, nikaona hiyo kazi ni mbovu.”

“Nikakaa hapo [NGO] three to four years as a business advisor. Nikaanza kupanda nikakuwa financial controller, I was earning Sh500,000 this is in 1994. I was importing cars, 200 cars in a vessel faida Sh100,000 per car you get rich man. Na unashukuru Mungu,” he adds, dismissing claims that his fortune is ill-gotten..

Mr kabogo as long as what u earned you did it in a clean way no problems but if u did it illegally either encasing tax at kra/port or in doing dubious deals then u did earn it you STOLE it.If u legally earned it u can do anything u want with yr cash but kama illegally acquired u will forever feel guilt inside.Otherwise we miss u as our first kiambu gavana n we want u back 2022

Fuck doing shit the clean way...it ain't a crime if you don't get caught

Kabogo wacha UJINGA....Tell Kenyans the truth..
From Mwaus driver to a multi billionaire.
Please educate us on the real hustle..
But Kenyans are smart...
Were you in Saitotis list...
Keep flashing....Saitotis soul is asking for you.

I didn't care much until you mentioned"nikichukua dame yako....that's says it all about your character. No amount of billions can buy one. Great men thrive character,not currency. The Rich fool:(

Who cares....just go away with your drug money

I hear he was selling them things ...Oh well if it clean and you have a lot, share with Kiambu people who are suffering instead of going on Radio and talking what you own... share, share and God will bless you and will protect your family. Sell that amphibious car and donate the money though l would say oversee the project you want done with that money... like buy land and build homes for some people helloooo

I have known mheshimiwa kabago when I was a port clerk in Mombasa in 1990s,he owned one forward truck and did genuine business,later he sky rocked financially and became untouchable.The roots are genuine but the branches could have been grafted to harvest different fruits quickly.