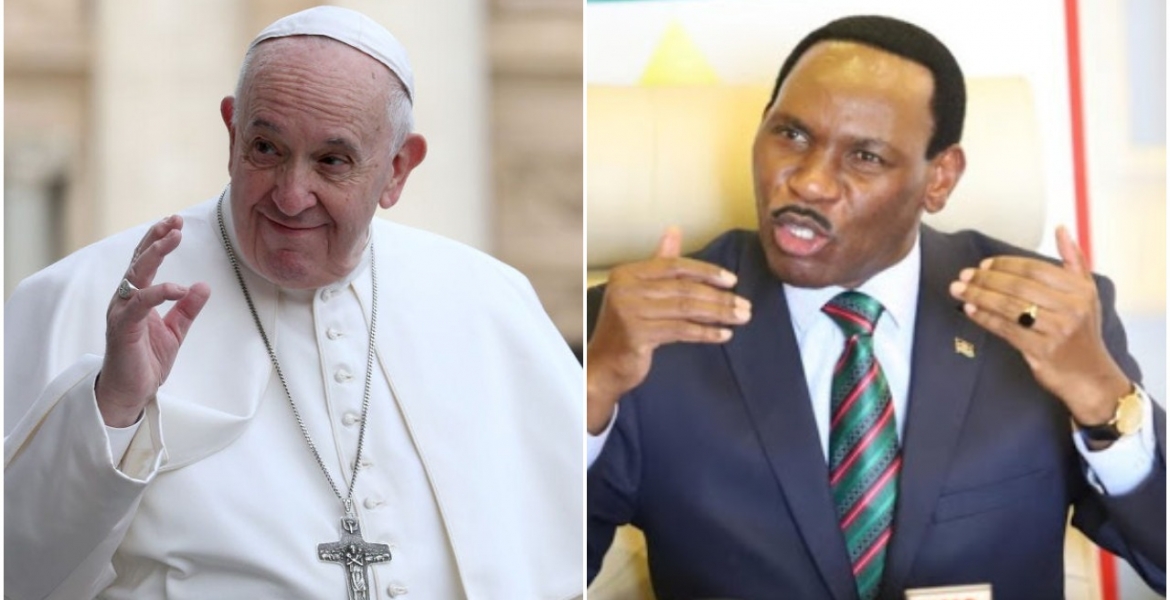 Mutua, who is the CEO of Kenya Film Classifications Board (KFCB), said he believes the pontiff did not endorse the practice of homosexuality and may have been misquoted.

He stated that if the Pope, the head of the Roman Catholic Church, indeed endorsed homosexuality, he is grossly wrong and Kenyans should disregard his advice.

“I honestly do not believe that Pope Francis meant to endorse same-sex marriage, but if he did, then he’s grossly wrong and his advice should be ignored. I believe his statement was in the context of “gay human rights” but not the practice of homosexuality. There’s a difference between human rights and homosexuality as a concept,” Mutua said in a Facebook post.

Mutua added that it would be wrong for a religious leader of Pope Francis’s caliber to advocate for same-sex relationships, which is against God’s plan for family and procreation.

“A leader of the stature of the Pope cannot endorse what’s clearly against the order of nature and God’s plan for family and procreation. If he did, he should be condemned and his statement taken with a pinch of salt. Homosexuality is outright illegal in Kenya and even from a common-sense point of view, wrong. While we cannot deny the existence of homosexuals, we must never promote the behavior as a way of life,” Mutua noted.

He added: “Those who practice homosexuality can do so in the countries where it is legal or like in the case of Kenya, in private. Here in Kenya, we believe that family is the basic unit of society and that the union between two people of the opposite sex is what leads to procreation, the miracle and gift of children, and population growth.”

In a documentary released on Wednesday, Pope Francis said that homosexuals should be protected by civil union laws.

"Homosexual people have a right to be in a family. They are children of God and have a right to a family. Nobody should be thrown out or made miserable over it, " he says in a documentary by Oscar-nominated director, Evgeny Afineevsky.

“What we have to create is a civil union law. That way they are legally covered. I stood up for that.”

He was being interviewed for the documentary “Francesco,” which premiered at the Rome Film Festival.

Even the church needs money and new converts.White people especially young men and women are not signing up for the priesthood or to become nuns only minorities.The pope has to ensure the continuity of the church donations.They are already broke having to pay the debts of the perverted priests.Keep spreading the “word of God”as long as you keep those donations coming is his new mantra god forbid the church go broke how will he survive that expensive life in the Vatican.

These two look alike! They are both comedians!

Huyu Mutua ni Kama mtoto ya pope! Wanafanana sana! Angalia kichwa, macho, mdomo and hand jestures! It is just a case of the son fighting his father; the holy father!

Just look at these two men’s ears! They look a like! Pope Francis alikuwa na mpango wa kando hapa Kenya?? It is possible!