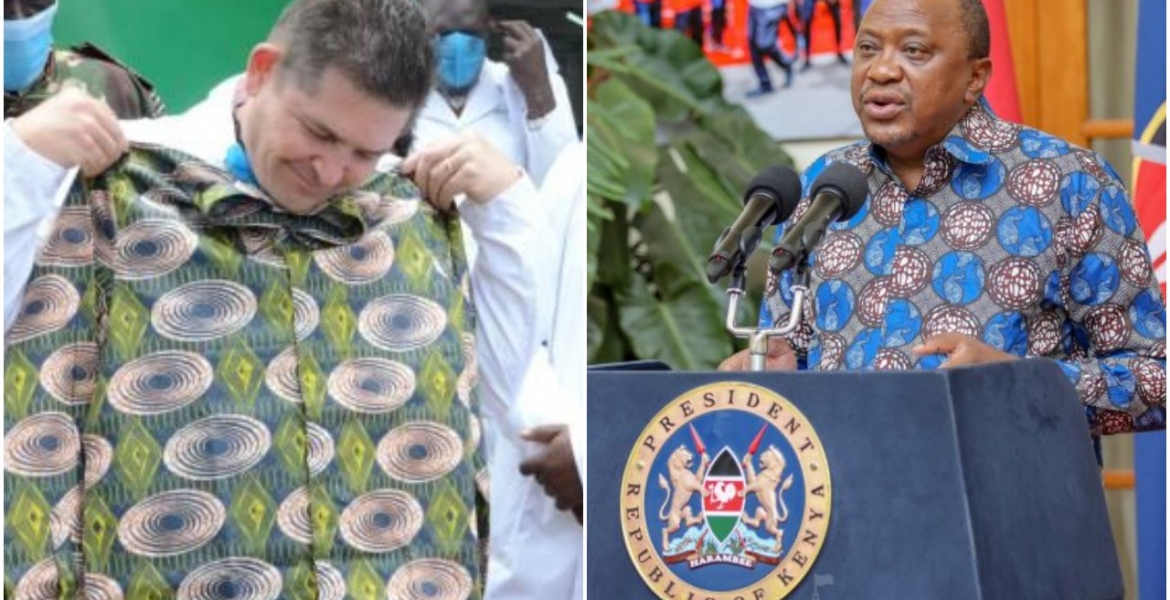 McCarter, who toured the Eldoret-based textile factory on Tuesday, said they will partner with the company through the US Marafiki Initiative.

Speaking during the visit, McCarter hailed Rivatex for creating thousands of employment opportunities for citizens through manufacturing.

At the same time, he commended President Kenyatta for being an ambassador of locally manufactured clothes and joked that his visit to Rivatex was inspired by the head of state’s fashionable shirts and the desire to out dress him.

“I came here because I am jealous of the President. I just don’t like being out dressed by the President so much and he definitely does. I wanted to catch up just a little bit so maybe if I can find one beautiful shirt then I’ll be good,” he joked.

In the past few months, Uhuru has been wearing unique shirts made by Rivatex, which delivers at least five shirts to State House every month.

Rivatex, which is run by Moi University, was revamped at a cost of Sh6 billion, increasing its cotton consumption from 10,000 bales per day to 100,000.

Nice shirt. Green is his color.

The American government through Rick Tillerson is the country championed the BBI report.

The BBI report attempts to take Kenya back to 1990. Where discrimination and marginalization was the order of the day.

Shame on the American government.

But the guys fronting for BBI are the same ones who were on the trenches in 1990. Isn't it? Ruto was busy doing wash wash, now he feels like being president. God have mercy on you.