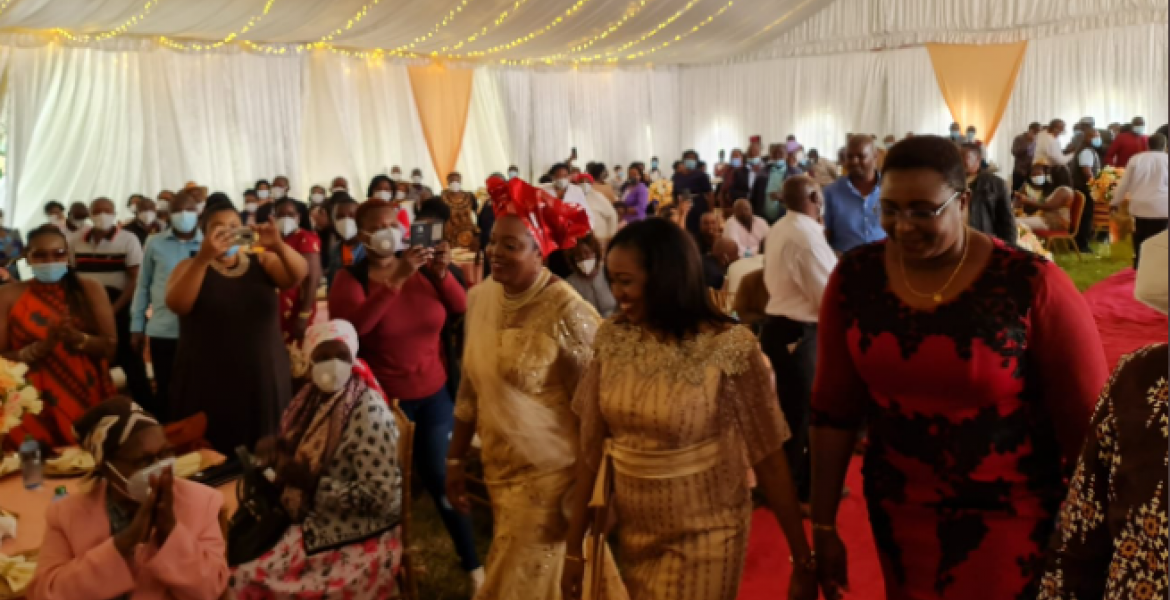 The two lovebirds tied the knot in a colorful traditional wedding ceremony held in Nyahururu, Laikipia County on Saturday.

Mburu, a businessman based in Nakuru, is also a close ally of DP Ruto and is said to have met Kihika during campaigns for the 2013 general elections.

Kihika, 46, had just returned to Kenya from the US, where she had lived for 20 years. She worked as an attorney in the US.

Kihika is a mother of two, Tiffany, 22, and Ashley, 20. Mburu, who was previously married to Beatrice Wanjiku, is reported to be 10 years younger than Senator Kihika.

Susan is the daughter of the late veteran politician Dickson Kihika Kimani and has declared she will run for the Nakuru gubernatorial seat in 2022.

I thought Mwakilishians said that her boyfriend was in Dallas, Texas.

that is the baby daddy

Folks remember that Susan deserted her kids in Dallas Texas to go break a marriage of another woman! There were children involved too! Their tears will haunt Kihika for a long time. This new marriage might not last all that long!!

Wow wow... Now l see how people can say something without any facts...are you in Dallas and if you are when did you arrive here. You we have Kenyan bunch of them who came after 2000 big mouth and came knowing everything. Now Susan l know went home with her kids. Former Dallas prosecutor and then immigration lawyer. So SOP commenting on someone you have never met or know well. The iron lady if she stole a man then the other one need to tell us what happened to let Susan stole her hubby.

Look at team Tangatanga.They need to plan their retirement .All this people have been accused of theft and they think they have a shot at becoming the next government .She is following in the footsteps of Waiguru chief female thief.