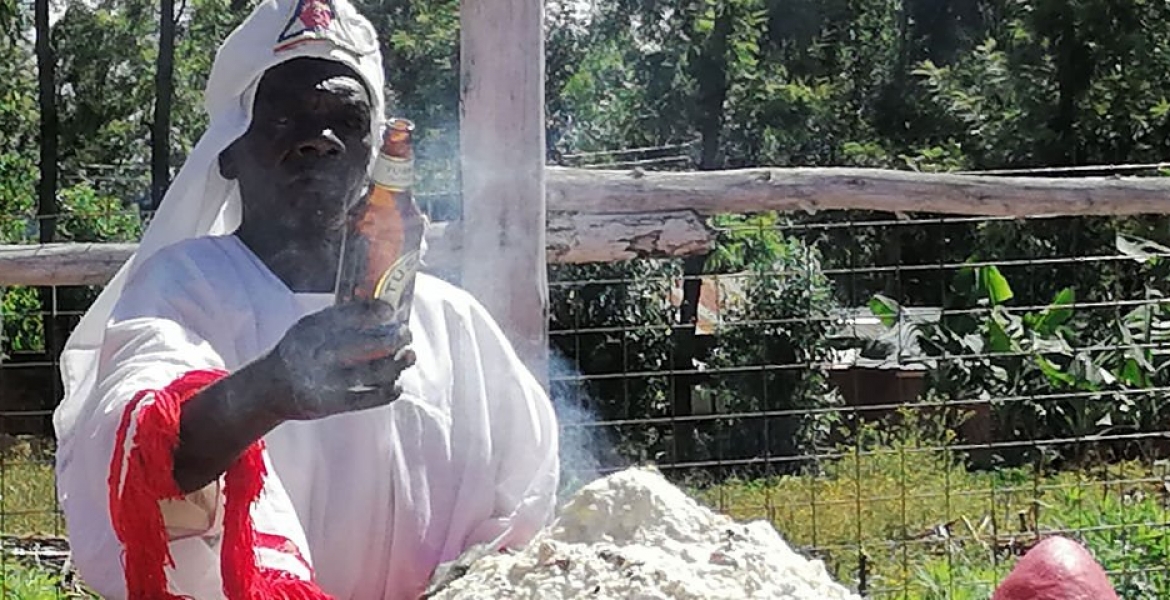 Followers of the Lost Israelites sect have left tongues wagging after they resorted to offering beer to their ‘god’ Jehovah Wanyonyi who is believed to have died in 2015.

The sect’s chief priest Eliab Masinde said they ditched their traditional animal offering at their shrine due to hard economic times.

To appease their god, members of the sect have been forced to make cheap burnt offerings comprising beer and wheat flour mixed with margarine.

“The sacrifice that we are offering at our alter is per the direction of Jehovah Wanyonyi to us through prophet Moses. We are using wheat flour and alcohol drinks due to hard economic times that our sect is facing,” he told Daily Nation reporter.

Masinde, 70, defended the use of a special beer brand (Tusker), saying it should not be perceived as an evil act as the offerings are in line with biblical teachings.

Speaking at the sect’s headquarters in Chemororoch village at the boundary of Uasin Gishu and Kakamega counties, Masinde said the Tusker beer brand has a sweet-smelling aroma that pleases their god.

Members of the sect believe Wanyonyi did not die, and that he is roaming in the air protecting them and will come back one day.

Wanyonyi disappeared mysteriously five years ago and is believed to have died and buried secretly. The whereabouts of their spiritual leader is a question that Masinde was not ready to answer.

“Stop nagging me about where Jehovah is. We have nothing new to tell you at the moment. All we know is that Jehovah Wanyonyi is alive and living at a serene place and soon he will come back to take us to his holy place,” a furious Masinde told said.

“Do not defile yourselves by turning to mediums or to those who consult the spirits of the dead. I am the LORD your God"