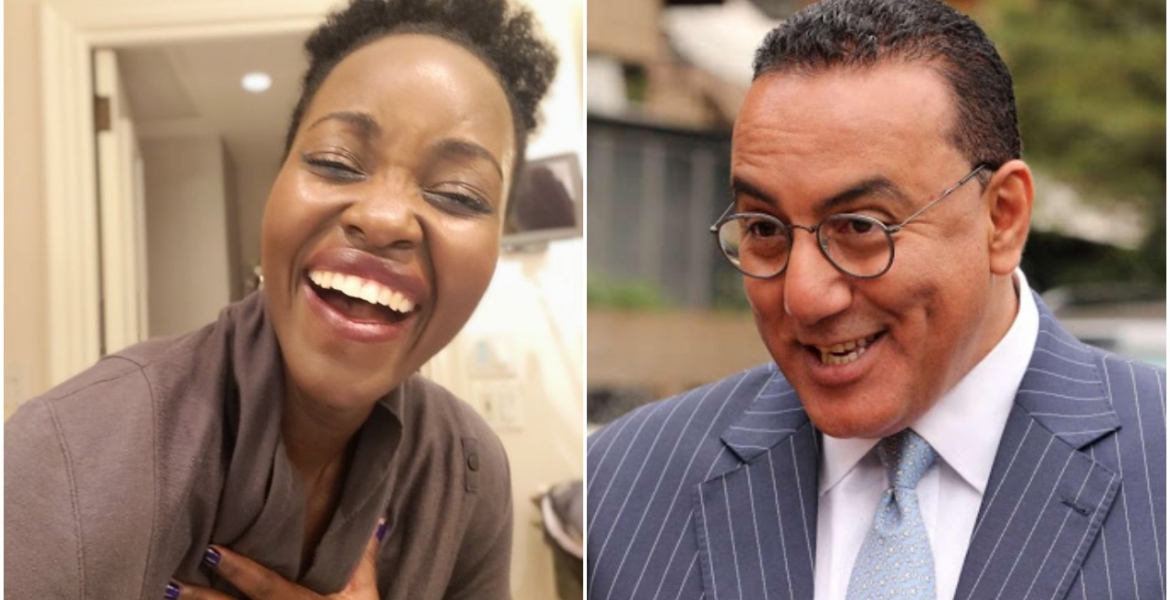 Kenyan Hollywood actress, Lupita Nyong’o has reacted to claims by Tourism Cabinet Secretary Najib Balala that she is “unreachable.”

Balala made the claims on Thursday while defending the decision to appoint British supermodel, Naomi Campbell as Magical Kenya’s international tourism ambassador.

Campbell’s appointment caused outrage among a section of Kenyans, who said the Tourism Ministry should have instead picked Lupita for the role.

But Balala claimed that the ministry has been trying to get in touch with Lupita for the past five years in vain.

He noted that Lupita, who is the daughter of Kisumu Governor Peter Anyang Nyong’o, has other commitments and her management would not allow them to access her.

"I know everybody is asking why not Lupita. Lupita has commitments and her managers cannot allow us to access her. We’ve spent the last five years looking for Lupita," CS Balala said while speaking at Kenyatta University.

Lupita, through Twitter on Friday, appeared to refute Balala’s claims by sharing a photo of herself laughing. "Me when I hear the Kenyan Ministry of Tourism has been looking for me for five years," she captioned the photo.

Campbell, 50, is expected to help market Kenya as an ideal tourism and travel destination.

What a classless response from this clown. Naomi deserves the Kenyan Brand Ambassadorship!

Meaning he’s lying to the tourists too.

We can conclude he hates Kenyans.

Balala can not sell Kenya with all the lies he is spewing out there. So inept he can not see beyond his nose. Kenyan YouTubers have done a far better job than this Naomi. Wode Maya from Ghana has done better too or Dave Mani from Canada.

If he was shamelessly lying about contacting Lupita, he is also lying about a lot of other things.

He needs to go.

I think that the reaction by the two ladies speaks for itself. The reaction by Lupita is arrogant and disrespectful. She seems to think that even being offered to represent her country is beneath her class, while Naomi Campbell seems to genuinely love Kenya. You cannot force love, because it comes from within. Let Naomi represent Kenya.

Is Lupita laughing because the unreachable comment is a lie or is it because she is too good for the job?

... I think that she is laughing because she thinks that she is above being asked to to represent Kenya. She is too good for Kenya, and even the Foreign Minister in Kenya is not in her class.

The girl has bleached her skin so damn much she now looks like Balala! Execute me too good for Kenya? She is a damn Mexican! Yegeyo Taco Bell!

... I think that she is laughing because she thinks that the request is beneath her.

@Caleb,,,you took the words right out of my mouth. I did not understand if the laugh is at the audacity of Balala thinking she could take such a lowly role ama? I think Naomi fits the bill and if they don't agree, please beware that Naomi comes with a warning..... she does not joke around, just ask Tara!

Which mouth @sukari? You got no damn mouth to talk!

Naomi has bad reputation . she was once arrested for abusing her maid. she is not KENYAN what does she know about Kenya except she had a relationship with a rich italian with a hotel in malindi where she got some shares . he couldn't marry her she is known to be brutal and this is the person balala want maybe he was given goods