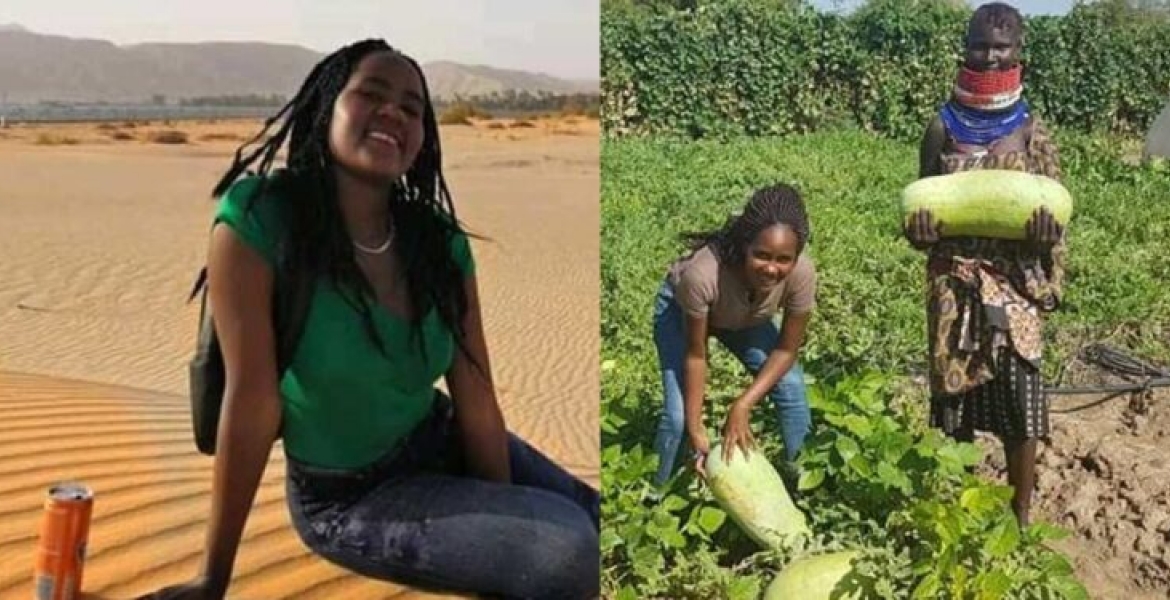 A young Kenyan woman has won the hearts of many after she took it upon herself to solve the perennial food problem in Turkana.

Raychelle Ngina has been working with local communities to set up vegetable and fruit farms in the Turkana region using the skills she acquired during her internship in Israel.

Ngina, who studied Agriculture at Egerton University, recently shared her success story on social media, alongside photos of her work.

Here is her story as she shared it:

My name is Raychelle Ngina. In 2018-2019, I got an internship in Israel, Arava Desert, I was so surprised to see the Israelis producing food and even exporting the excess, yet their land is too dry, actually not even the wild shrubs survives because of the hot climate they even import soil, my first weeks was so bad, it felt like am being roasted, I frequently had headaches,

I got experience in the production of onions, pumpkins, garlic, dates, grapes, pomelos, mangoes, and the like.

If Israelis could produce in such a harsh environment, why were our own Turkana people dying of hunger yet their climatic conditions were not as bad as compared to Israel,

When I came back home I was so determined to go to Turkana and bring the change, I learned the only way to deal with food insecurity was not to give them ready-made food, but teach them how to produce their own food.

I took the challenge and volunteered at Furrows In the Desert-Turkana for 6 months as a trainer, I trained the people of Turkana about drip irrigation, most of my trainees had never seen anything growing. It was their first time to see seeds and planting anything.

Today, I am proud that after 6 months, they were fully equipped with skills in the production of their own food from nursery establishments, land preparation, transplanting, Pest control, harvesting, and post-harvest handling. Today those in Lobur, Kibish, Lodwar, Maisa, Katangon, Nariakotome, etc are healthy and happy, their kids have access to fresh fruit, vegetables, and cereals. 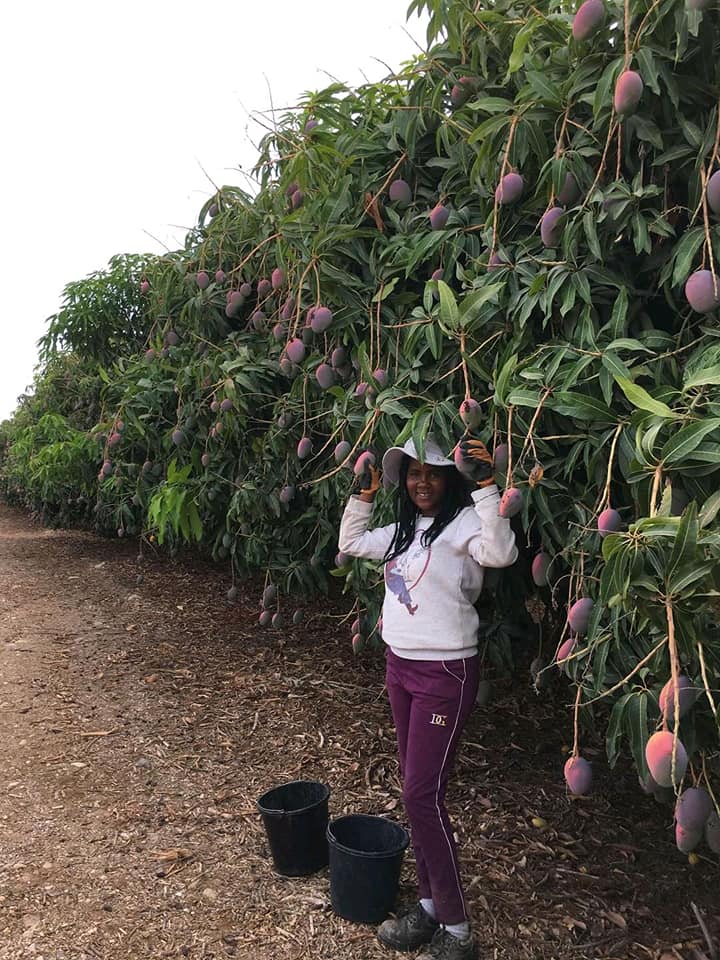 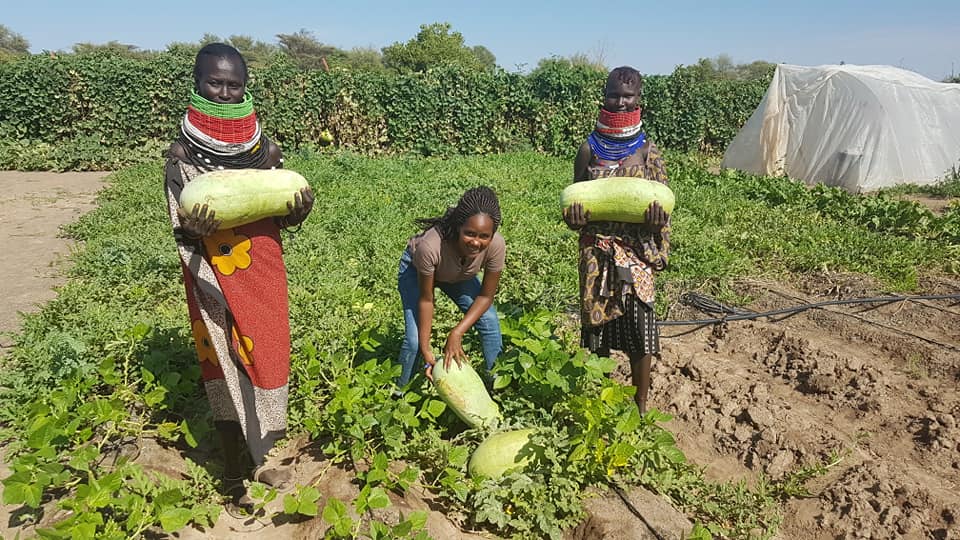 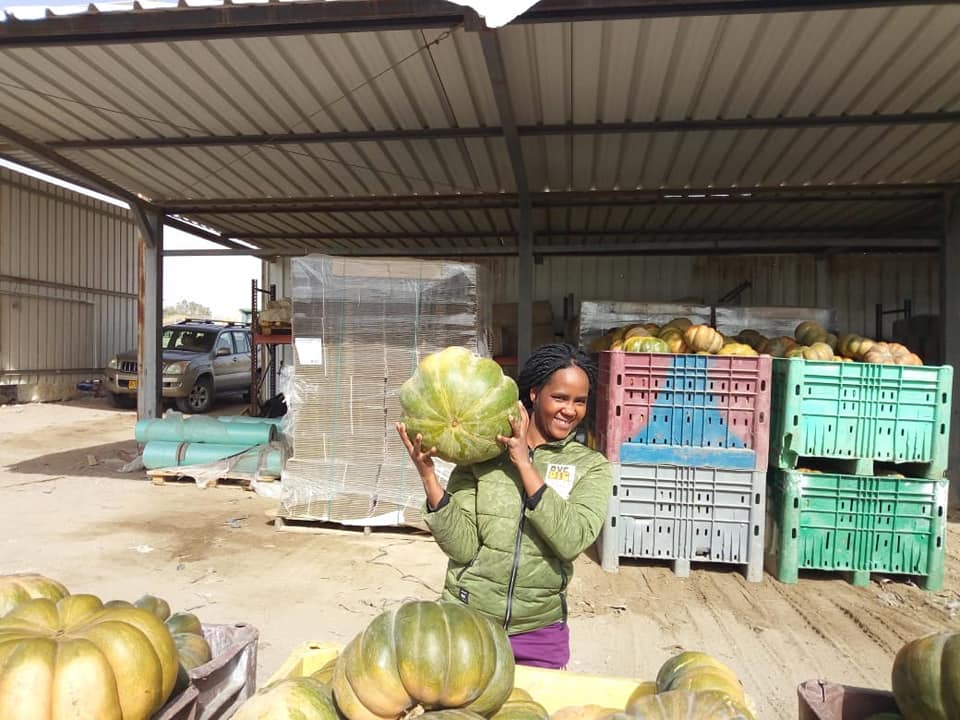 Mangoes from planting to harvesting in under year??? Mmmhh!

Is the mangoes picture from Israel or Turkana? Mangoes trees don't grow in 6 months. Putting a picture without context is unhelpful and takes away from this girl's wonderful feat. In warm weather you can easily grow many crops in 3 months as long as you water them.

They grow like that if they know you interned in Israel.
She did this at Furrows which is an existing farm I guess.

Good and informative article. I wish there was more details on how she does the drip irrigation.