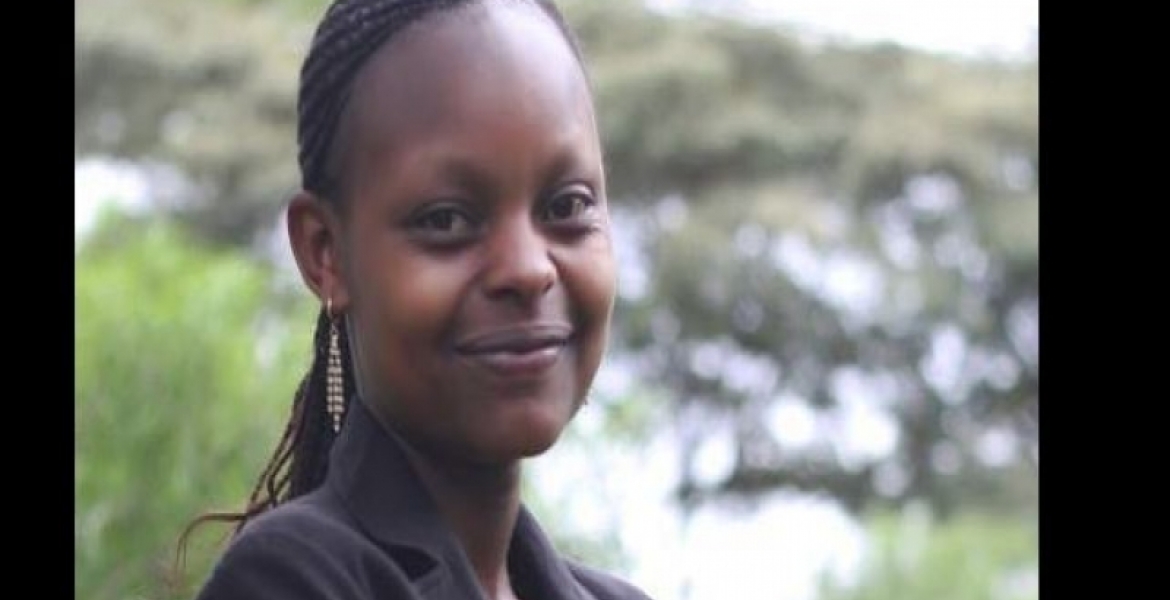 A 28-year-old Kenyan woman has taken away her own life shortly after posting suicide notes on social media.

At 3:30 pm on Thursday, she wrote a message to her daughter reading: “My love, I can’t find words that would form a perfect statement to express how much I love you. I have fought the battle, but it seems I am almost losing it. I only pray that God may give you guidance, love, and comfort. Mum still loves you, and will always love you. Kindly, forgive me.”

10 minutes earlier, Millicent had made another post addressed to her father.

“Dad, sorry, but I am not able to break the news. I hope you will forgive me,” reads her Facebook post at 3:20 pm.

Millicent reportedly hanged herself in her parents’ granary shortly after posting the notes.

“Her father found her body hanging from a rope tied to the rafters of the storehouse,” a family member, who declined to be mentioned, told a local news outlet.

Her past social media posts suggest Millicent was struggling to fend for her daughter, whom she loved if her Facebook updates, is anything to go by.

On March 3rd, 2019 she posted: “I love you, [my daughter]. I struggle so much to provide for you. Although at the moment I do not have a job; and getting you things that you ask for is hard, but I’ll always promise to buy you. In a bid to look for money, I sometimes fall for conmen and fake adverts, who end up eating the small resources I would have used to provide for you. I ask God to give me sufficient grace to be able to love and provide for you. God gave me the best gift [in you] that I could ever ask for.”

She holds a Diploma in Purchasing and Supplies Management from Jomo Kenyatta University of Agriculture and Technology (JKUAT).

In a private conversation with her Facebook friend, Wanjiku Murage Mucheru in January, Millicent narrated her woes.

She said: “I know it is hard to get employment as a procurement officer, but if I can get jobs such as store clerk, receptionist, waitress, sales representative, and cashier at a supermarket or any shop, I think I would do my best. I have suffered a lot. For now, I am not choosing any job to do; so long as it would pay me."

“I was married and stayed together with the father of my daughter. I was working at the time and my baby daddy was running a [medical] clinic at Muthiga in Kinoo. Financially, I would say we were stable. When I gave birth, I lost my job. I, thereafter, remained at home as he went to work. However, it got to a point when his business began declining in terms of profits. It, therefore, became hard for him to sustain us. We moved from the one-bedroom house we were into a bedsitter, given we couldn’t afford monthly rent for the previous house."

“Matters, nonetheless, worsened. I, thereafter, decided to take my girl to a day-care as I walked into offices in Nairobi CBD and Westlands in search of a job. In September 2017, my baby daddy returned to school to further his education in a bid to increase the chances of improving his income. I decided to go back to my rural place."

“A better part of 2018, I stayed with my parents in the rural setting doing casual work in tea plantations.

“I moved out [of my parents’ place] because my dad often came home drunk and embarked on lecturing me. If you can get me a place where I can work and fend for my daughter, I would appreciate.”

Her baby daddy had reportedly promised to reunite with her after completing his studies at the Kenya Medical Training College (KMTC) in Nakuru.

However, the reunion did not happen after the man allegedly cut off contact with her.

“The man completely cut off communication with her after graduating in December 2018. That could have catalyzed our relative’s frustrations,” the family member told eDaily.

Facebook is a tool from hell, I'm glad I got rid of it. People compare their lives with others, they see all these slay kings, Queens, Celeb etc showing off their fabulous lives or fake it till you make it . In Kenya is crazy, those who cannot afford chai at Java or afford a trip to Thailand or show off their latest weaves and latest Iphones, feel left out. There is a whole generation that is wallowing in self pity( not saying this woman was, hopelessness) and feeling helpless when they witness all this and STEALING OF THE HIGHEST ORDER from official exacerbate this feeling of hopelessness. Every time I hear certain people claiming how Kenya imeendelea, I'm quick to remind that , that is just an illusion, millions of Kenyans are living in abject poverty , graduate and no Jobs in sight from Nairobi to Turkana. Yes we have new shiny buildings, new shiny roads and trains but there is a huge gap of disparity economically in Kenya. Recently, I went to one of those so called high end hotels for dinner, in any given "developed" country, this joint would have bee parked to the fullest as it has all the amenities ,local and international cuisine, good ambiance but alas it was me , and a group of foreigners and I ended up striking a conversation with one of the waiters, I asked hm where the rich and those making it Kenyans are - the one flaunting on insta, fb etc. He told me the only time you see Kenyans huko ni mwisho wa mwezi with their rented Vehicles- and this is not the last time I had heard of that. I was told watu hukula kwa vibanda the rest of the month - which perhaps in a different perspective it is helping local restaurants /mama mboga but my point is ,the so called "middle class" phenomena is non existence. When someone decides to leave their child(as a mother, I can't even imagine) because they cannot take care of their child due to poverty/lack of job to alleviate their standards with a degree from JKUAT, then we have issues in that country. Alcoholism in rural areas is another subject all together.

Is this not similar to what started the the Tunisian Revolution? A jobless youth setting himself on fire? Kenyans have been raped and numbed by a corrupt regime...they will even laugh or smile at this horrible, horrible existence. I cry for her...to love your child so much that you will choose death than see her suffer is beyond unacceptable.

Kenyans keep saying business is easy to do (i.e pyramid schemes), life is easier (stealing from Peter to pay John)...a nation standing on quick sand. Soon, and soon, it will collapse.

Someone graduates and 24, and gets a steady job at 42?

@Mluhya, couldn't agree more. My heart breaks for this young life lost. Kenya indeed need a revolution. Corruption is the mother for all Kenya's problems. May she RIP.

@Fomerlyguest2, fully agree, Facebook and the rest of social media are not websites anyone should spend time unless they have a mentally positive cause they like to indulge in. Moreso it is NOT healthy for the young minds. Spending time browsing peoples perfect pics and fake life they want to front has been proven to mess peoples psych hence phrases like "Facebook depression". It is intoxicating. It is like swallowing depressive pills and it is serious.

May the little child get a guardian who will love her unconditionally and raise her to reach her full potential.

Thanks for the link , indeed I'm afraid for my kids but they seem not to be into it that much( one of them hates being center of attention) , I make sure I engage them outdoors as much as I can.

I feel for this young woman. I can't agree more with your post about Facebook and just social media in general. We who are struggling get a job feel we are the only ones and end up feeling depresses and taking life. But it doesn't solve anything if only we lived like the past where we cared for one another. But nowadays people can't talk because of fear of being ridiculed and so we have resolved to Facebook which has lots of fake people and cyber bullies
We are far from

I hope this child will forgive her mother and hope she will grow up strong to be someone someday.

This late woman SEEMS to have been an Addict to Social media who Cared more about Facebook indulgence and Sympathy than her Daughter's future. And she reminds me of a Woman (I know) who stopped Breastfeeding her son 3 months into it (like Breastfeeding was taking her Facebook time literally).

My heart cries for that little girl - she gona be traumatized for life. Most likely, biological dad rejected her & her mom (one reason why this lady would be feel sooo rejected by 2 men) And apparently, they are poor. May God bless her

There is nothing as bad as a child growing up without a mother. When a mother die of natural causes or accident that can be understandable but suicide is too painful.

Rest in peace Millicent. Please God, flood Millicent's daughter with what she needs in this life that her mother could not provide as all odds were against her.

My heart goes out to the poor kid left behind. I pray that the deceased be forgiven. Mental health issues with no external supports or hope is a death sentence.

Where the fuck is the child's father?????? KENYAN women bear the brunt of raising children on their own while the deadbeat MF who impregnate them continue to ljve their lives as if nothing ever happened. The verdict is simple- the deadbeat MF Sent her to her early grave. So sad. May he never know peace! Nkt