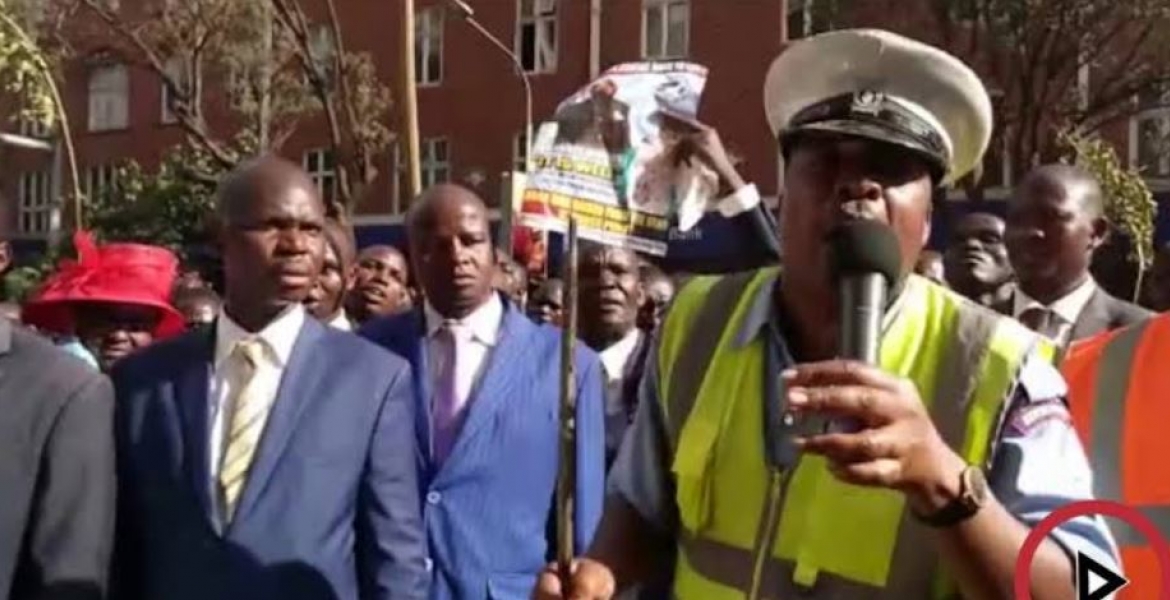 In a memo sent to all police departments, the National Police Service (NPS) said administrative action would be taken on officers found flouting the directive.

NPS noted that while it respects the freedom of worship, officers should not use police uniforms during their personal engagements. They are, however, allowed to preach in uniform within a police institution like a college.

“Officers are encouraged to separate official duties from private engagements. Police will only be allowed to wear uniforms in a worship area only during the discipline forces thanksgiving service,” the memo read.

Regional police commanders were asked to warn their juniors of the consequences of disregarding the directive, according to Standard Digital.

The directive follows a rise in cases of officers preaching to the public, a habit that is prevalent among traffic cops..

Hey,I would be a preaching police man too,with so many corrupt officers,there is not much corruption money going around.Going the Ng'ang'a way seems to be more acceptable,after all you dont force the flock to donate.Hey forget the police uniform if pastor Ng'ang'a can spend 4500 shiling amonth to dye his hair...

Romeo you are daft

back to sender..u are one

They should instead be banned from accepting bribes in uniform