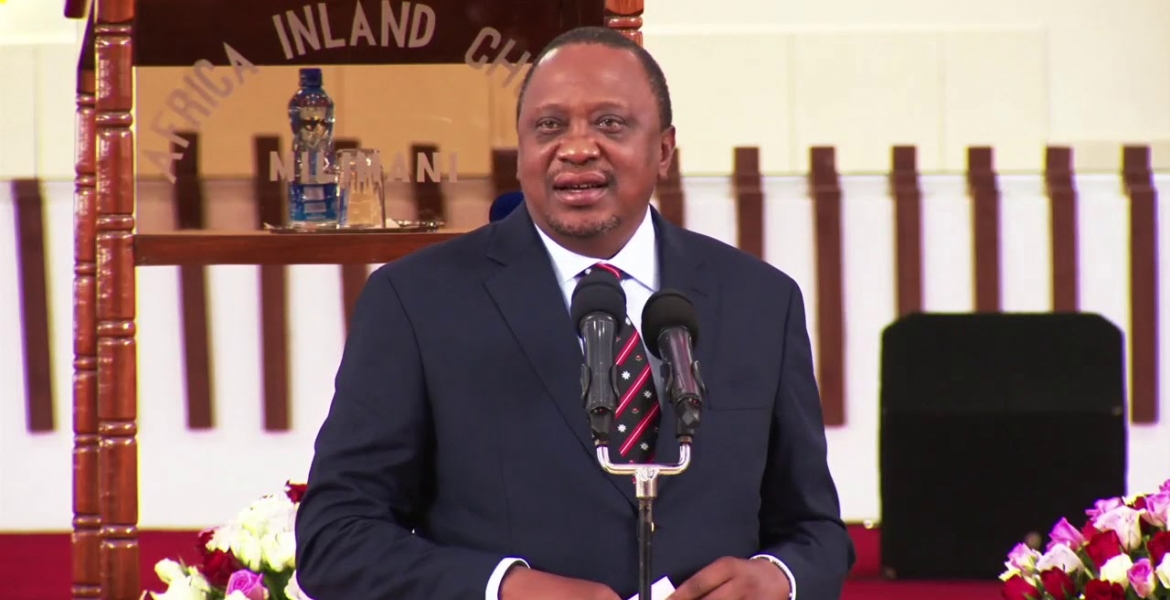 President Kenyatta has reiterated that he will retire from politics once his current and final term expires in 2022.

Kenyatta, who spoke on Sunday at African Inland Church (AIC) in Milimani, Nairobi during the coronation of presiding Bishop Abraham Mulwa and his deputy reverend Paul Kirui, said he will not cling to power but will go home to have time with his family.

He appeared to be responding to a section of leaders who have suggested that he is too young to retire and should take up the Prime Minister position that is proposed in the Building Bridges Initiative (BBI) report.

In order for our democracy to be on track, be real and meaningful, you must go home after the end of your term. It doesn't matter whether you are going to see family or what not, just go! Moi's handing over power to Kibaki and Kibaki handing over to you must continue with you handing over power to whoever will be the next democratically elected president of Kenya. For the sake of posterity, do the right thing and save our nation from political prostitutes and crooks who only think about themselves with their phony street parades and a BBI that has nothing new to offer our people and country.

Uhuru Kenyatta is scum of the earth , a conman and unrepentant pathological liar.

If you believe him, you’re also part of the problem.

We want secession. We are tired of shameless lies and fake mea culpas.

Only an idiot would believe anything he says.

He has a long well documented history of lying.

@gurst - everything you have said perfectly fits your character!

You sound like a Devil incarnate making love to the Lucifer!; while all your sisters hallucinate with demonic hullabaloos!!

@Maina; you need a higher dose of your Psyc medication with a little of Cannabis sativa(weed).
You such a shallow mind and apathetic tribal cow!
Mt. Kenya mafia think they will force their asses to power through the backdoor! Forget that shit ain't gonna happen.
Mlevi will go home come 2022! Let him go enjoy what his family and himself have looted since 1963!

We do not care where you go , just leave your time is up.There is no legacy to speak off .You have made a laughing stock of the judicial system, awarding jobs to retirees and looted the country dry with so called development projects.Assuming that you do leave we can start to prepare for the next person and it is not that deputy of yours.There is no more left to steal.We can not afford another land grabber your father already grabbed so much of the coast province there is no more land left.