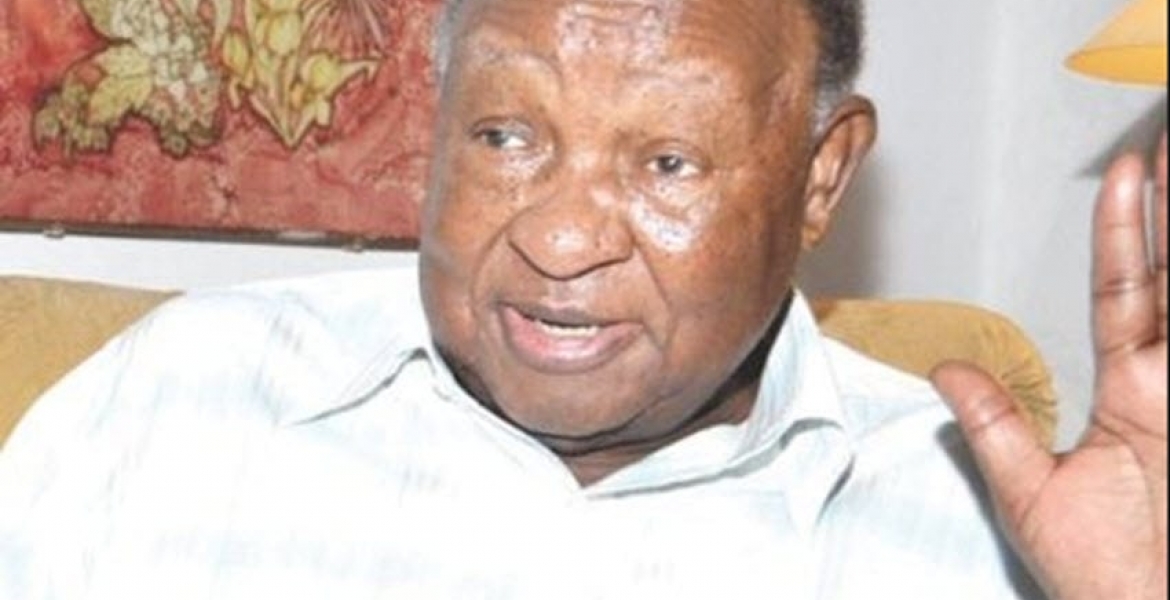 A Nairobi court has frozen Sh252 million that was part of the compensation awarded to the late Kenyan politician and multi-party hero Kenneth Matiba over unlawful detention and torture.

This follows a dispute between the family of Matiba and lawyer John Mburu, who represented Matiba in court, leading to the award of compensation totaling Sh978 million in 2017. The amount has since increased to Sh1.5 billion after accruing interest.

This was after lawyer Mburu filed a case in court accusing the Treasury of secretly releasing hundreds of millions of shillings to the family of Matiba in a scheme to avoid paying him his rightful legal fees. In his ruling, Justice Korir said the court had the duty to protect lawyer Mburu, adding that a client cannot evade the responsibility of settling an advocate’s fees after a successful claim.

“Depositing the money in court will ensure that the same will be available for disbursement once the issue of the amount owing to Mburu is finally settled,” ruled judge Korir.

“An order is also issued directing the respondent to deposit in court on priority to any other payment, the sum of Sh252,392,618.48.”

The court heard that the administrators of Matiba’s estate, including Matiba’s widow Edith, daughter Susan and son Raymond, received Sh200 million in February, 2019 without involving lawyer Mburu. Judge Korir noted that the decision to pay the family directly without the lawyer’s knowledge was ill-advised.

“In colluding with the deceased’s family to pay them behind the applicant’s back, entering into the said secret agreement with them and paying the said sum to them directly behind the applicant’s back pursuant thereto, in violation of his lien on the decree for his fees and as the advocate on record for the deceased, the respondent was actuated by malice, nepotism and clear corruption,” lawyer Mburu said in court papers.

The judge further ruled that the government was free to disburse the remaining amount to the Matiba estate after depositing the Sh252 million in the court bank account.

“The moment he had notice from Mr. Mburu that the estate owed him money, he was under a duty to preserve the advocate’s fees,” the judge said.

Matiba passed away last year at the age of 85 after battling a long illness.

Kenyan Judges are finally waking up to the Concept of 'Justice delayed is Justice denied'. I note here that out of Kshs 978m awarded, the Judge has only Frozen 252m, or the percentage that normally goes to the Lawyer. It means that the Matiba Family can still get the remaining Compensation, without any disputes. Before, the norm by Judges was to freeze everything, 'until the Case is heard and determined'... (read, until the Judge knew exactly who was willing and able to pay for 'Justice' to be done). If you are not willing, or able, to pay, your Case will drag on for years. From the Judgement in this Case, it is clear that Justice has been done, because the Matiba family has not been prevented, or delayed, in collecting what was awarded. At the same time, if indeed the Lawyer is owed money for his services, which the family has not disputed, it is his right to ask for it, and it should be set aside. Ps, a Lawyer can represent you in Court, without you paying him anything, when he believes that you are going to win a Court Case. His pay is usually between 25 and 30 percent of what the Court Awards, depending on the agreement between Lawyer and Client. From this Judgement, I think that both the Matiba family, and their Lawyer, will will have a good night's sleep!

@Settled, very true though I still think the Matiba family should have taken the initiative to pay the lawyer to avoid this whole saga going through the court system and media. Lesson here is always keep your word. Integrity is key.

I don't blame the Matiba family, or the State. The practice in Kenya is to give the Lawyer the entire settlement, so that he can deduct his dues, and pass the remainder to his Client. Most Lawyers don't even inform their Clients that the money has actually been paid. They keep everything. In this case, everyone actually receives what is due to him or her.

How much each were the Rest like Martin Shikuku, Charles Rubia, Raila Odinga, etc awarded?

... 'Ask, and it shall be given'... and Jesus asked the blind man 'What do you want me to do for you?' The message? No one is going to spoon feed you, even if your need is clear and/or genuine. Shikuku, Rubia, Raila etc etc have to make a claim, before it is actually addressed. It is not a 'right', or automatic. You have to 'ask' first, before you are 'healed'.

True. Also be of the Jubilee tribe; or be Lawyered up! And it shall be given.

Check all names of those who have been awarded payments. You look like you see everything through a tribal window.

@ginideal @terrymaina @matiba3.....
Give us an insight of what the hell is going on with your grandfather money