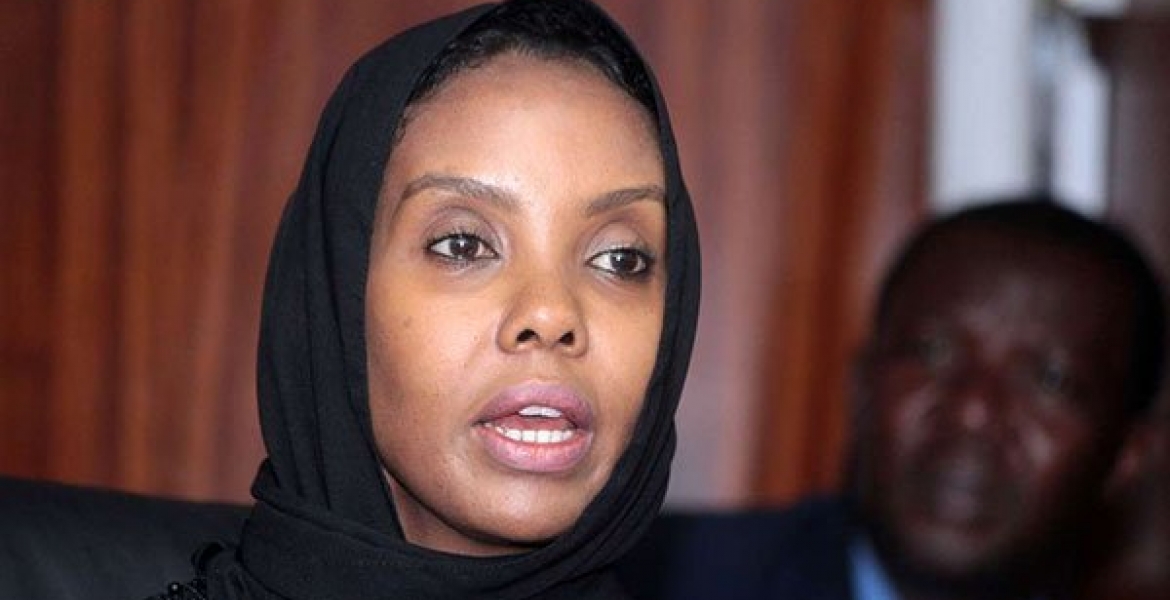 Members of Parliament (MPs) were last week left shocked after a nominee to the Teachers Service Commission (TSC) failed to produce her KCPE and KCSE certificates.

Leila Abdi Ali, who has been nominated as a TSC commissioner by President Uhuru, appeared before the National Assembly’s Education Committee for vetting on March 17th.

Members of the committee were baffled after Leila failed to produce the certificates to prove she sat for primary and secondary school final exams (KCPE and KCSE), Daily Nation reports.

The only education credentials she tabled before the committee was a photocopy of Form Four mock exams done in 1996 and a bachelor’s degree from London South Bank University. She told the House team that had an O-Level certificate but she never collected it from her school.

This prompted members of the committee to seek answers on what criteria the selection panel used to recommend Leila’s name to President Kenyatta for nomination to the position despite lacking the crucial education documents.

The Education committee’s vice-chair Amos Kimunya also noted that there were inconsistencies on when Leila graduated from London South Bank University and began working in Kenya. Kimunya further noted that she lacks the 10-year experience required for the holder of such a position.

Her nationality also came under scrutiny after admitting that she was born in Mogadishu, Somalia but grew up in Kajiado, Kenya.

“I was born in Mogadishu but I studied in Kenya in Oloitoktok. I see myself as a Kenyan,” stated Leila. It also emerged that she holds British citizenship.

An advert for the position stated that prospective candidates must be Kenyan citizens with a degree from a recognized university.

They are also required to have at least 10 years’ experience in matters relating to education, governance, management or law.

She does not have KCPE or KCSE certificate because she is a Somali who went to school in Somali but later bought Kenyan citizenship. Theirs is SCPE or SCSE.

What's all these Nominating these Unqualified (beautiful) women just out the Blue. This man? Thwee!

@Guest 1,you are right.The beauty overshadowed the academic achievements and experience,but the vetting had to be done when the national attention is distructed,and Covid 19 was perfect timing.

@maxiley - which beauty? Hie, stay safe where you are my brother!

Once again, we see Uhuru's preference for nominating Somalis and White people, based on no other consideration, apart from the fact that they are Warias or Wazungus. Uhurulogic... Iko shida?? Weka Mzungu ama Waria!

He does things like Womanizer would do: Obsessed with Women for obvious Selfish reasons.

The name was brought to Uhuru for consideration. It is not his job to do the background investigations! Someone else misled him.

Yet another Somali who's falsified their grades to get into a low ranked (92/121) University in England. They barely do background checks in these low tier institutions.

Just out of curiosity; Tuangalie credentials ya Duale! Please

its ok guys, most people got division 1 in the mock right before KSCE and unlike the rest slide to Division 3 due to stress but she managed the stress well with her "twart" was strongly supported by her beauty. We must agree women deserves the right to survive as well especial in this tougher Mafisiland.

@bwana - and what is “twart” if I may ask? Lots of women have become mafisi of late. They seem to survive better in the mafisiland than the mafisi themselves. Wacha wapambane!!!