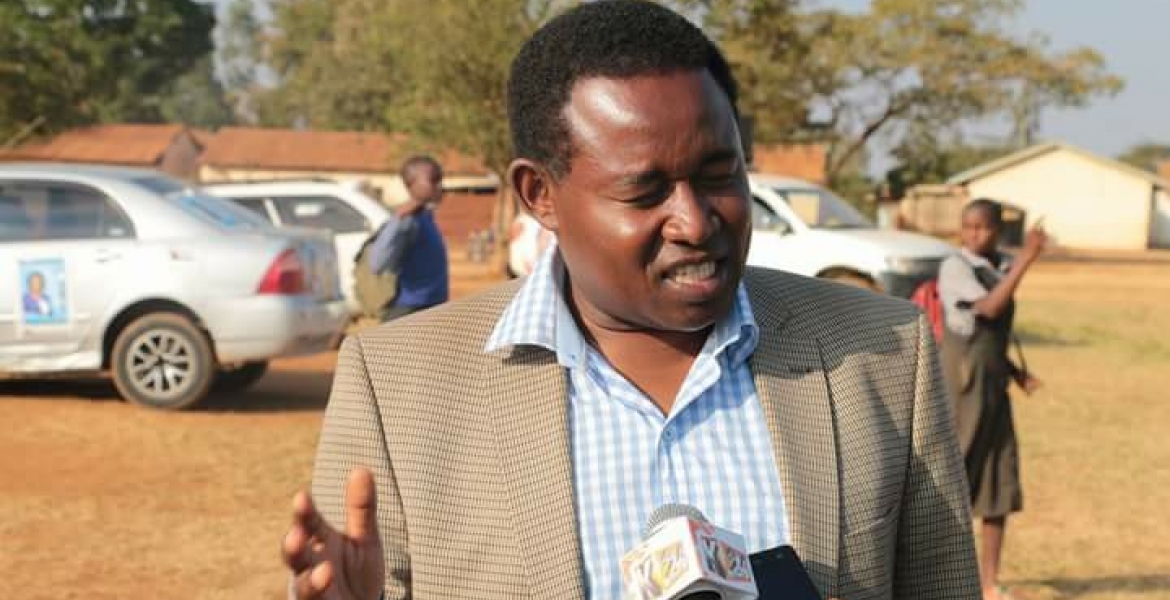 The family of Machakos Senator Boniface Mutinda Kabaka has denied reports that the legislator collapsed inside a woman’s apartment in Kilimani, Nairobi.

The family through a statement on Saturday said Senator Kabaka fell ill while having a drink at a restaurant and was rushed to the Nairobi Hospital.

“The senator collapsed on Thursday while having a drink at a restaurant in Kilimani area but was still conscious and he requested the management to call for an ambulance to rush him to Nairobi Hospital,” read the statement in part.

The family further described Kabaka as a man of high moral standing, terming as false reports that he fainted in a woman’s house.

“Those who know Senator Kabaka know him to be a gentleman of high moral standing whose integrity is above reproach and unimpeachable.”

“We urge you to ignore the fake and malicious rumors being spread by some petty, callous and heartless political enemies to malign the good name of the Senator while he is helpless and fighting for dear life,” the family added.

A police report filed at Kilimani police station indicated that Senator Kabaka was taken to the Nairobi Hospital after collapsing at the house located on Elgeyo Marakwet Road in Kilimani.

The report added that he was in the company of a woman identified as Esther Muli, who told police that she was with the senator in the apartment when he suddenly complained of severe headache and asked her to find some paracetamols.

Muli said his condition worsened forcing her to inform the apartment’s management who called for an ambulance and rushed the politician to the hospital, where he was admitted in ICU.

Let's stop fooling ourselves.
Why was Esther Muli interrogated by DCI?
WE ALL KNOW THAT KENYAN POLITICIANS ARE OF HIGH MORALS.....

Who is the woman that caused muheshimiwa severe migraine headaches which required a heavy drug like paracetamol to cure?? Did muheshimiwa collapse and end up in icu?? Wow, some women carry some powerful stuff!!

So he had a wife, a co-wife and a side piece. Is that not the way of Kenyan politicians?

There could be more soon to b wives with a bunch of kids out there! Yes, these are the moral leaders we all look up to; the shady politicians!!

Senator Kabaka got more than headaches for cheating on his two wives! His possible third wife put him directly into the icu with a hard-on penis!

The family must be referring to another incident...The family says mr.kabaka is a man of high moral standing.Sure,he has to give that impression to protest the family,and himself from shame,and embarrassement.
The woman he was with at 3am is still held at a police station,and facing attempted murder charges.

All what you have said is what Kenyan men refer to as good moral conduct as long as they don’t die shacking up something (woman) besides who they are married to!

This crap happens all the time except some men are lucky enough when the effects of viagra don’t cause too much headaches to require paracetamol and a unexpected visit to the icu!

So, Esther is exonerated now? Lord of mercy. What a good bunch of politicians we have here in Kenya I say.

From that picture, yes. He looks like a person of good moral standing. Doesn't he?

Kabaka was a good moral politician,so stop accusing him saying whatever your saying