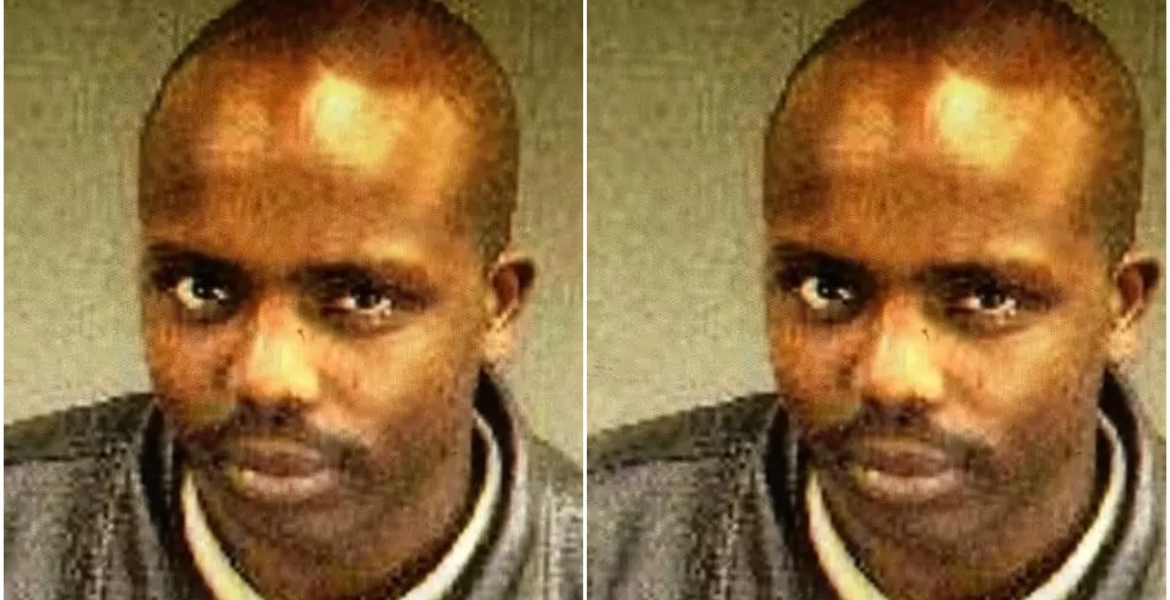 A Kenyan family is appealing for help to find their kin who moved to the US 23 years ago.

Irene Yosei Sawe says her brother, Simon Kipngetich Koskei relocated to the US in 1997 and was in communication with the family for about six years.

But in 2002, they lost contact with him and his whereabouts remain unknown as they have never heard from him since then.

Koskei’s last known address was in Baton Rouge, Louisiana but investigations by family indicate he has an active credit card and has moved quite a bit.

Irene said the family especially her mother is distressed by Koskei’s disappearance and is longing to reunite with him.

If the man has an active credit card is a likelihood he’s alive. Chances are he doesn’t want relatives in Kenya bothering him with money. He seems like a young man so it’s likely he’s enjoying life. I’ve known Kenyans who moved here years ago and have little to no communication with their families in Keny. This is not uncommon.

That went through my mind as well.

It’s not your fault

You saw right through me however I do make that annual phone call.

Its unfortunate that we burn bridges once we cross over.The issue of family bothering with money should be out of order,these were the times when it took the whole district to fund raise for their own to go for further studies,how the hell can one forget that ?

I last saw Simon 2009 in Galveston Texas. This is not the Simon I know. The family just want to know he is okay please lets help this family.

A quick google check shows he lives in Texas. He moves a lot. I'd guess his silence and lack of contact are deliberate. If and when he wants contact he'll make contact

It doesn't matter what family does to you. Just let someone know that you are healthy.
That's all your mum and family needs to hear.

Families back in Kenya can be too nagging to make someone cut lines of communication with them.

Honestly speaking, this could be the case in this man’s situation. He may have decided to cut off all the links to live his life in peace!

And again, coming to America is not an assurance of an overnight success like many tend to assume in Kenya! It is hard work upon hard work, plus loneliness, depression, etc.

Koskei will contact you when he deems it necessary - it sounds cold, but leave the guy alone!! Let his silence be!!

If you do want to be bothered tell them you are jobless and looking for work.

And wish those who come from your ushags mind their business. I had a family/girl who came from my muranga hood when I lived in baltimore and all she did was being a spy and tell my family all about my movement. In fact she knew me more than I knew myself.

Then marry her so she can stop spying on you! Are you that slow to know what she wanted out of you?

They have heard that excuse numerous times 😂

Your mum? Your biological mum! To be bugging? Don’t make me Mourn my Mum who has been dead for 24 years. You can’t be serious saying that!

Dont we love America?
Easily traced if alive.
So glad to know he is alive somewhere. Praying for peace and a great reunion soon. Blessings to this family.

Engage their organization*** this group will track him GOTABGAA: USA: GOTABGAA .. | Facebook.com. They have team that can put resources and get this man to send money Home. But l am sure the pain of mom will go away if she hear her son. And when he call please DO Not tell him chicken or cow no longer produce milk please.
It can be hard for some here in USA and people back home need to understand that. But if they vote that BBI wooiii they are finished and will be calling asking for help.

@Liz Gaki maybe that part about making him send money home is the reason he avoids contact. Life here can be hard and expectations from relatives can be unrelenting. The timing of the need for contact seems suspect. As a cynic, I would guess times are tough due to covid and his funds would be very useful so after 23 years they wish to hear from him.

You still have a lot of ushaguuu for an old woman who has live in USA for ages!! Imbecilic mentality or what??

Hehehehe or he got lost just like many of us who migrated in states n made usa home for life.Kunawaafrika hunjifanya wazungu wakienda huko they don’t want anything to do with Waafrica wa rangi yake.Mayb the dude marrried grandma or nyeuthi who messed his life with child support/drugs like few I knew n the only way is to hide yourself from the Kenyan community n yr pple back home.So 23 years is long time so for the family in kenya warelax until this nigga decides to show up

Life in America is not a bed of Roses. The man will contact you when he feels his issues are stable. Right now he needs his peace.

Did koskei give you permission to publicize his contacts here??? Nonsense!!

If you leave in the US and either own or rent property, your address including telephone number are readily available online as public records.

Mbari ya muceneneko!!! You ought to be put in jail for violating this guys privacy! Shame on you! Who asked you all the nonsense you have printed here!!??

That information is on a public domain. Also, the article was to basically try and know that their kin is safe and sound. Don’t be butt hurt for no reason. We all read the article.

we are also looking for our kin. His name is Isaiah wachira wanjohi, please share widely. Thank you

Just 'google' his name and will see his status. Is free.

@Mathenge if you can Google just anything and the information is widely displayed for all to see it is public records and therefore it is shareable. So there's nothing wrong with our brothers information being displayed here.

The truth is this guy is working two jobs and has bills to pay and he is not just having it easy out there.

There is many Kenyans like that in the USA. They dissapear and only come out when its convenient for them.

Its a cop out.

Let him beat doubles and budweiser without unnecessary troubles from KE

I last saw Simon 2009 in Galveston Texas. This is not the Simon I know. The family just want to know he is okay please lets help this family.

I guess he is an OTR driver he is on the road doing what he does no time deal people asking for assistance, that being said mama ni mama contact her get your blessings Simon.

Simon was a dear friend of mine, a very hard working gentleman who always told great stories about his family in Kenya. I visited with him regularly when he lived in Smyrna and Marietta Ga. I latter moved to New Olreans Louisiana and he joined only to lose contacts after a few months. I know people change but this here is out of character for this gentleman I once so well knew. It would be great if it would be confirmed that he is okay, the family and especially the mom could be relieved of a lot of pain. This is no longer about money

Totally agree for mothershake BUT you know people back home are funny and its takes a very very strong will person. Unless you call them and l do not know about ya'all they never call. That really bad and l am talking from experience. So what did l do l too stop calling BUT l engaged God in the whole situation. I had peace over it but waited to see if anyone will call but the only thing l got after God answering my prayers and l mean God did answer them. I was contacted to be told to assist on side hustle. I took the opportunity to unlease and l mean l did unlease... from the smallest to the Biggest... even my mom God forbid. It is soo cheap to call from home and l asked even put ksh20 and just say hi and let me you were just checking on me and hung up very simple gesture. Wow my people do not judge Simon and let him be but if someone get hold of him tell him to call him mother and put conditions. Me they fear me at home and l do let them know so l do not have things eating me inside and it healing and its help. BUT l continued to do good despite No Call, No show... buying grocery once in a while using Copia online and sending very little money to mom but si mambo of sending all yoour salary.... Let be wise and ask for God Wisdom while we are here in diaspora. He promises he will never leave us nor forsake and He will direct our paths. Let me hear AMEN from Wanjohi and everyone else.

I met Simon some time back in 2020 at Dallas. I'll try and track him down again and convey the message.

Hi Simon wanjohi, could you by any chance know Isaiah wachira wanjohi.

we kenyans in diaspora are funny asf..my guess is the guy is probably gay and he is scared his nossy family will find out!!fuck i have seen alot of those types of situations but for your mothers sake please call...maisha ya uzunguni i tell ya