Kenyan Woman Abandoned by Husband and Relatives for Delivering Twins 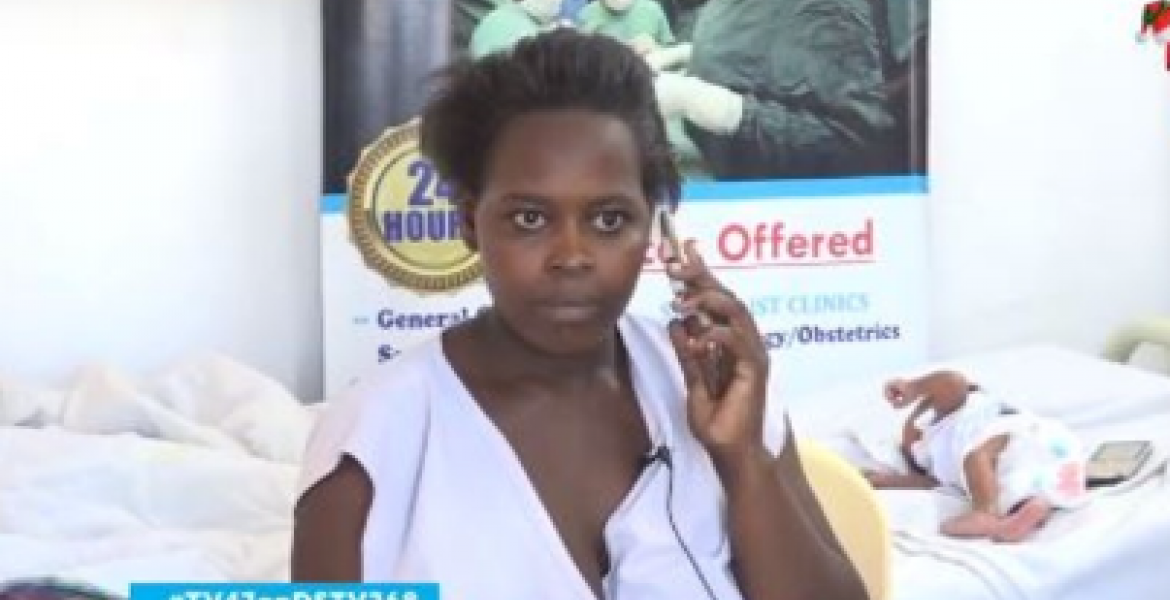 A Kenyan woman is in distress after her husband and relatives abandoned her in a hospital for giving birth to twins.

Beth Akinyi delivered the babies at Juja Modern Hospital in Kiambu on December 13th but she has remained at the facility despite being discharged to go home due to the culture associated with twins.

Her husband and family refused to visit her and clear her bill after they learned that she gave birth to two babies, which they believe is a bad omen.

Speaking to a local TV station at the hospital, Akinyi said attempts to reach the father of her kids have been futile as he switched off his phone.

“Familia ya kina mzee wamenitenga juu nimepata twins, kulingana na vile nilikuwa namjua, sikuwa najua ati anaweza kuniwacha. Tangu nipate watoto sijawahi muona. (My husband’s family have abandoned me because I delivered twins. The way I knew my husband, I did not think he could do something like this to me. I haven’t seen him since I delivered),” Akinyi said.

Akinyi said she discovered she was pregnant with twins on the day she delivered and her two children are currently under the care of her uncle.

She says she does not know what her next step in life is and is appealing to well-wishers to help her raise the kids and find shelter.

The hospital indicated it will write off her bill, which has accumulated since she delivered.

Cases of women being abandoned after giving birth to multiple kids have been reported in Kenya in the past.

In 2018, Elizabeth Kadogo, 30, was abandoned by her husband after she gave birth to triplets at Avi-Matercare Hospital, Isiolo County.

While children are often considered a gift from God, many African societies have myths and misconceptions about multiple births with some believing it is a bad omen while others believe that one of them would die.

@ Exdiasporan thanks for espousing my thoughts.
It is a shame in this day and age to still believe in these retrogressive customs. Do these people ever stop to think that they are not different from the rest of the human race?If not I have to assume that non of them believe in the two big religions.
Question, question,and question till some logical explanation that make sense,and backed by science gives you the answer Above all be objective,open you mind giving, don't belive orjust assume blindly that your way is the only one.

It's The like Blaming a Woman for bearing Boys or Girls ONLY (yet it's the Man to Blame). Anyway: The best most Luos know is Speak good Englis(h) and nothing else.

This is some old outdated cultures,this is a blessing.
Hopefully she will find peace and raise her kids in peace.

Some of these old age cultural belief sucks! No wonder people never progress because of being beholden to pure nonsense.

Can Nyako explain why her community still believe in supesitutions?

Luopeans really? A blessing seen to be a curse? If the bible isn't your standard then you have no standard.