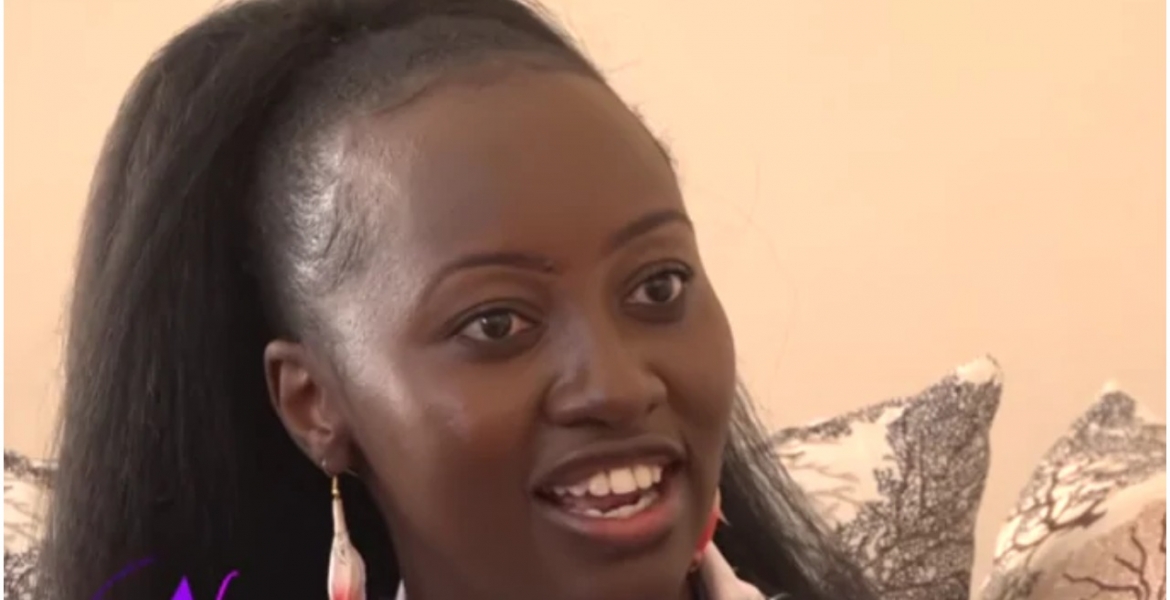 A 28-year-old Kenyan woman has opened up about her marriage to a German man who is more than double her age.

Ciru Njuguna, who hails from Lanet, Nakuru County, says she met her 60-year-old husband, a divorcee when she was only 20 years old while he was 52.

The couple met on Facebook eight years ago after one of them sent the other a friend request and began exchanging messages.

Ciru later agreed to meet the man for a coffee date, which was the beginning of an affair that culminated in marriage.

“He and his first wife were divorced. They had three children. He asked me if I’d like us to meet for coffee and I said yes,” Ciru told journalist Monica Kagoni.

Ciru says the 32-year age gap between her and her husband does not bother her and has never been an issue in their marriage. But people always judge her for marrying an old man.

“We have an age difference of 32 years. People always have an issue with our ages. We met on Facebook,” she added.

She also noted that her spouse is older than her father and had never been involved with another old man before meeting the German.

Ciru, unfortunately age is one of the factors people look for in a relationship, that is supposed to lead to a civil union,or should I say marriage.And the thinking is that by the time you are 60, he would probably be long gone,or a "big burden'.And they want you to have a long lasting,and wonderful,bliss filled marriage.
Ofcouse as we know, no marriage is guaranteed to last,much less be blissful.So you enjoy yourself, if you are happy,and Mzee has an endearing love for you,dont have an wondering eye .Grass is always greener,yonder,till it stops raining.Happy marriage.

When she’s 60 she will regret being with a 60 year old man in her youth.

Young women need to enjoy their youth with men of their age.

@ Guesty, its a trade of. Each and every one of us has to decide if the trade is fair.Obviosly she though it through,i would imagine.

Hahahahahaah :) Kenyan men are bad blah blah blah.... i married a sixty year old guy who by the way divorced his first wife :) because people of other cultures are romantic than Kenyans :) Really Kenyan girls :) :)! Hahahahaha........ blah blah blah...... don't let the door hit you when you are leaving Kenyan girls.........

We all know a 60 old man cannot sexually satisfy a 28 year old woman.

Young women need to marry young men. They can handle you sexually.

@ Guesty,from what I have read, research shows that women are sexually more satisfied through "manipulation"of the critoris.And very few orgasm through penetration.Well not saying that orgasm is the goal,but if we take critoris as the trigger,you can see that even a 90 year old man can manipulate it satisfactorily.
You will be surprised on what turns women on.Men, especially un enlightened africans make the mistake of seeing what women desire sexually through their own lenses.
Besides that, sex is not the only thing that glues a union.You ask those married for over 20 years,thatis if you are not one of them.

Thank you for stating this. It’s unfortunate ppl think sex is everything. You don’t know what an older guy will do to satisfy a young woman, maybe way more. We also know of many young me who don’t satisfy their age mates. So... love is a gamble, take it and enjoy it when u have it.

What are you talking about??? Some young dudes can't even getting up no matter what you do. It's not ALL about sex, I believe she loves him and they have two beautiful Boys together. Wivu ndio ita waua. As longs as she's underaged I don't see anything wrong with the whole thing. I'd choose and older Man anytime. Enjoy your life Sister and don't listen to what people say. Life is just way too short. PeriodT

Reke marie manoge Ciru-Let them talk,watachoka.I am surprised even the domo kubwa Nyako is feeling jealousy that Nyako mwenzaka has won a man while she is busy campaigning for her “baaba” and succession.She pretends to advice other ladies on who to marry forgetting there viagra for satisfaction.Even “baaba”,76 visits Zanzibar almost all weekends purposely for 30 year old,Wambui Mbote’s PENGENYE.

She knows she will manipulate the old geezer easily and have her way mostly. She's voting 4 more freedom. She's won!!

There is a lot of stigma in marrying older men.. young men use us, don’t take care of us and leave us as single moms. Many single moms are single coz they busy sleeping with their age mates,,, personally I am attracted to older men, they have lived their life and all they wanna do now is love u... young boys don’t catch my eye at all. They be playin too much. But I have been unable to just date an older guy coz of such comments above..like 28yr old woman has no brain to decide what makes her happy. Who even knows u will live to be 60?? If u find happiness now, take it coz tomorrow is not a guarantee.. Congratulations on pursuing ur love.