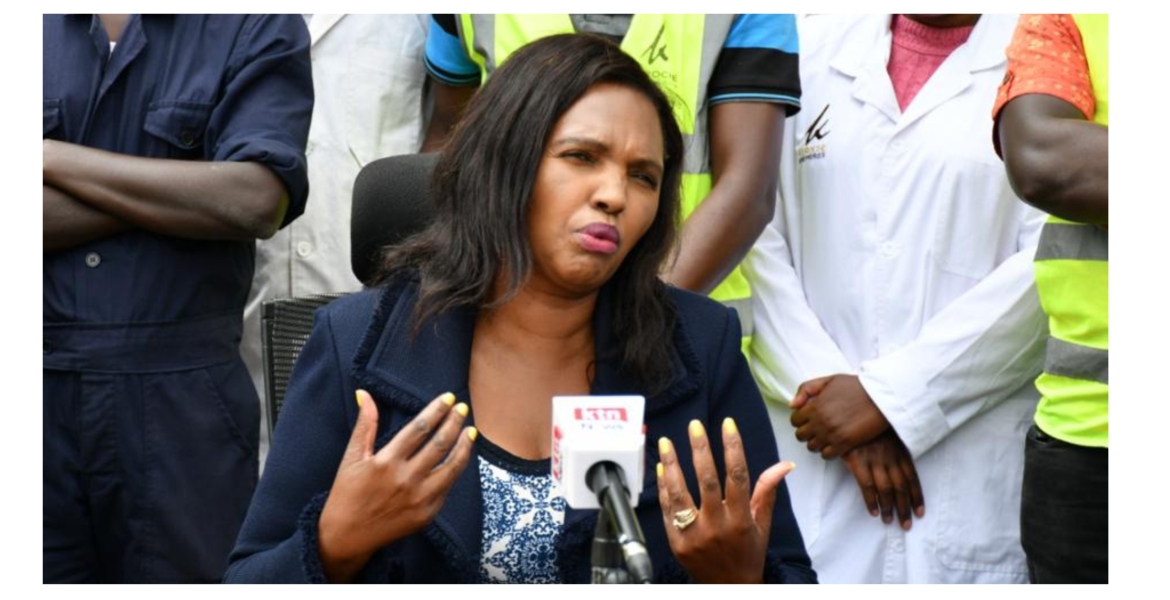 Keroche Breweries has announced it will lay off over 400 employees following its closure by the Kenya Revenue Authority (KRA) over tax arrears.

The Naivasha-based beer manufacturer was shut down on May 15th after defaulting on an earlier agreed plan to repay tax arrears amounting to Sh320 million.

In a series of tweets on Monday, Keroche CEO Tabitha Karanja said the company will send home the workers on June 20th due to what she termed as “illegal, punitive and draconian actions by the KRA.”

“I was thinking aloud on Sunday afternoon and pondering how I will relay the painful message to our employees on Monday that we will be laying them off as a result of KRA's closure. The company is at the verge of laying off over 400 employees due to the illegal, punitive and draconian actions by the KRA,” she wrote.

She added: “I was also at pains as I looked at all the beer in the tanks that we shall be forced to drain to waste and wondered why and how the following relevant ministries remain so indifferent to the dire consequences of the current closure of the company’s factory.”

Karanja, who is eyeing the Nakuru County senate seat in the upcoming elections, described the closure of the company as a national security issue that the Ministry of Interior should be concerned about.

“The staff at Keroche will be joining millions of other jobless Kenyans as economic conditions continue to worsen and push more Kenyans to misery,” she said.

“This is a national security issue that the ministry (of Interior) MUST be concerned about, yet the casual manner in which job losses are induced by reckless application of government policy, suggests that the gravity of the problem is yet to get home to the ministry.”

She disclosed that Keroche Breweries earned monthly revenues of between Sh400 million and 500 million pre-Covid-19, but the income dropped to below Sh50 million after a prolonged closure.

“I wish to dispel the narrative that has been created by KRA that Keroche Breweries Ltd is a non-compliant taxpayer who perpetually default on their tax obligations,” said Karanja.

Karanja has attributed the company’s closure to her decision to join politics through the Deputy President William Ruto-led UDA party.

While calling for the reopening of the leading beer maker, Odinga urged the Kenya Revenue Authority (KRA) to avoid taking punitive measures that kill key industry players in the name of reclaiming taxes.

“It is not right to become punitive in terms of taxes. If taxes are too high, there is a tendency to evade them, but if they are low and manageable, people will pay. Don’t close a business because the owner has defaulted in paying taxes," Odinga stated.

“That is why am telling them, let Keroche go, don’t kill Keroche. If she cannot pay today, let her pay tomorrow. Spread out the payment. She is a Kenyan... Where can she run away to?"

Between Tabitha Karanja and KRA, someone is not telling us the whole story. I refuse to believe that KRA can willingly close a business resulting in 400 hundred people getting pink slips.

Surely it is a matter of national security that 400 people will be rendered jobless.Again huyu mama needs to get over herself those being laid off wanafanya "kazi ya mikono" to top it off you are producing a product that causes harm and is no way essential.What is a matter of national security is that over 400 graduates with real tangible skills will or have already graduated hawana kazi what makes your workers so special .Ulipewa muda ya kulipa deni madam this should not come as a surprise to you .Now you and your workers can hit the campaign trail and have plenty of time to vote

Keroche should pay their taxes & their employees.

To begin with, I will say we need to pay taxes. If Keroche has not been paying taxes, then the brewer needs to arrange to pay all due taxes within set deadlines. Next, KRA should not allow itself to be used by government organs to punish businesses. What will KRA do with the 400 employees losing their jobs? Quite absurd.

Since this thing has been going on, How much has this company been able to pay KRA as a sign of good faith. I sense Arrogance and political pity.

if you are selling 500 million how much did you pay your tax dues to KRA.

If good faith has been shown then KRA should open the industry and post a tax man there to monitor tax until fully paid.

please demonstrate the willingness to pay

thats what happens everywhere . Ask anyone doing bussiness in USA.

IRS dont take a no for answer

Keroche has been given plenty of opportunities to pay their back taxes but they refuse to. KRA is just doing their job.

FingerOutside and Milker should rejoin ODM and pay muchawi Raila their yearly shs 200m.bribe to save their business.There is no other alternative.