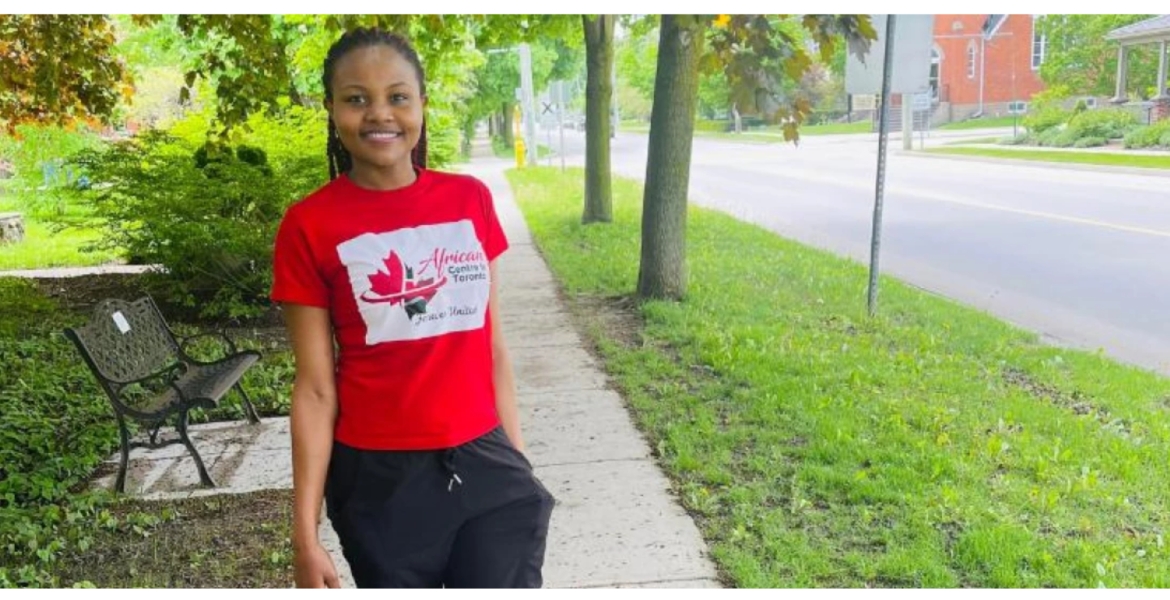 The family of a Kenyan woman who drowned in a pool in Ontario, Canada while live-streaming her swimming session on Facebook has raised 52,856 Canadian dollars (Sh4.9 million) to ferry her remains to Kenya for burial.

24-year-old Hellen Wendy Nyabuto was enjoying an afternoon swim last Thursday when she tragically drowned about 10 minutes into the live video. Her phone continued to record for over three hours.

The family was targeting to raise 50,000 Canadian dollars (Sh4.6 million), according to a GoFundMe page created to collect contributions from well-wishers.

“We are soliciting your generous donation to repatriate her body to Nairobi, Kenya as per the wishes of our family. The cost to repatriate the body is approximately $50,000,” reads a message on the page.

Hellen, who hailed from Mesesi Village home in Bomachoge Chache, Kisii County, relocated to Canada in December 2019 after securing a 10-year study visa via a lottery program.

She lived with her younger brother Enock Nyabuto in an apartment in Toronto and worked part-time as a health worker in Collingwood while studying nursing.

"She has been in Canada for about three years. All the financial responsibilities (of their family in Kenya) were on her," Enock said.

Her father Nyabuto John Kiyondi, a smallholder farmer, told CNN that he cried when he watched the video of his first-born daughter drowning.

"She communicated with me two days before she perished. She sounded very fine and I was very happy. She promised me a phone. I didn't feel anything abnormal," he said.

"She was assisting me financially to educate her siblings, particularly in terms of school fees and other expenses. I'm stuck now and back to square one. I'm wondering how her younger siblings will continue schooling.”

All he wants is his daughter's body returned to Kenya for burial in line with their tradition.

"According to our tradition, one is supposed to be buried where he or she was born. I'll not feel comfortable, psychologically, if my daughter is buried away from Kenya," he said.