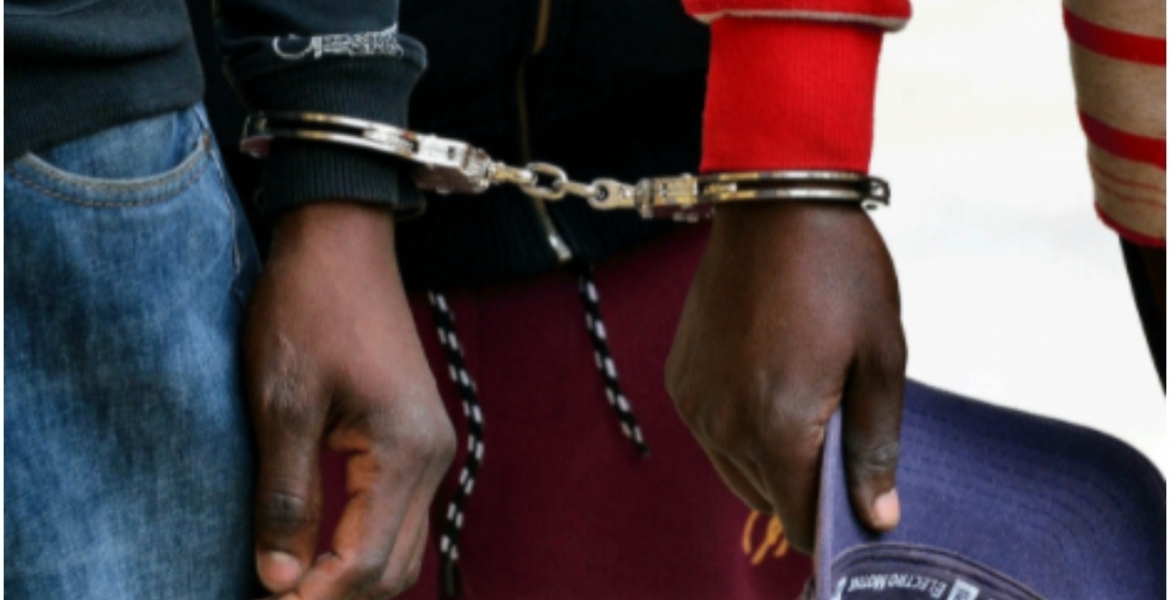 104 Ethiopian nationals were on Monday arrested from a house in Ruiru, Kiambu County.

The foreigners were intercepted by officers from the Special Crimes Prevention Unit following a tip-off from members of the public.

Kiambu DCIO Dorothy Migarusha, who led the operation, said the Ethiopians were found hiding in a three-bedroom apartment in Matangini near Kwa Wakairu area in Ruiru and did not have valid immigration documents.

All the suspects are males aged between 15 and 40 years. The foreigners told police that they paid to be smuggled into Kenya through the Moyale border.

Officers from the Transnational Organized Crime have been conducting joint operations in the fight against human trafficking in the country. Hundreds of Ethiopians and Eritreans are arrested in Kenya annually with a majority coming to the country to seek jobs or on transit to other countries.

Incidents of human trafficking have been on the rise in the region in recent years, with hundreds of Ethiopians finding their way into South Africa through Kenya in search of employment.

Last month, police rescued nine male victims of human trafficking from a house in Nairobi’s Kasarani estate. A Kenyan who was harboring them was also arrested.

If our neighbors are rushing to come to Kenya,we must be doing much better than them.That's how I take it.I hope that it is not because its easy to get to Kenya, bribe some officials,get ajob,and some IDs and Voila,you are aKenyan.

Kazi ya haramu.Pata potea.While Kenyan women are being trafficked into the Middle East as domestic slaves their fellow country men are busy trafficking Ethiopians and Eritreans into Asia and South Africa.Two wrongs never make a right.Why does it appear that it is predominantly one tribe involved in this evil both as the perpetrators and victims.Money is the root cause of all evil.

How can a tribe be involved in that illicit business?Does the UKambani governor who is a “professional” human trafficker belong to that tribe?

This a very lucrative business.
This is a bigger issue than what we know.
First and foremost it's a global issue.
If only we had good economies, stable governments,opportunities, security, we would see a drop in this cases.
People are willing to risk all escape misery and try to better themselves economically.

In west they hate to be associated with other negroes

It is vital that we understand that there is a difference between Human Trafficking and smuggling people across boarders.
This article gives the incorrect impression.
Human Trafficking occurs when people are tricked, coerced or taken against their will.
Please kindly correct this error. Foreigners often flee from their own country in search for safety and freedom, but when they are intercepted by authorities, they are often labelled as Human Trafficking victims and sent back to the very country where they are being persecuted.