108 Ethiopian Nationals Rescued from a One-Room House in Kiambu 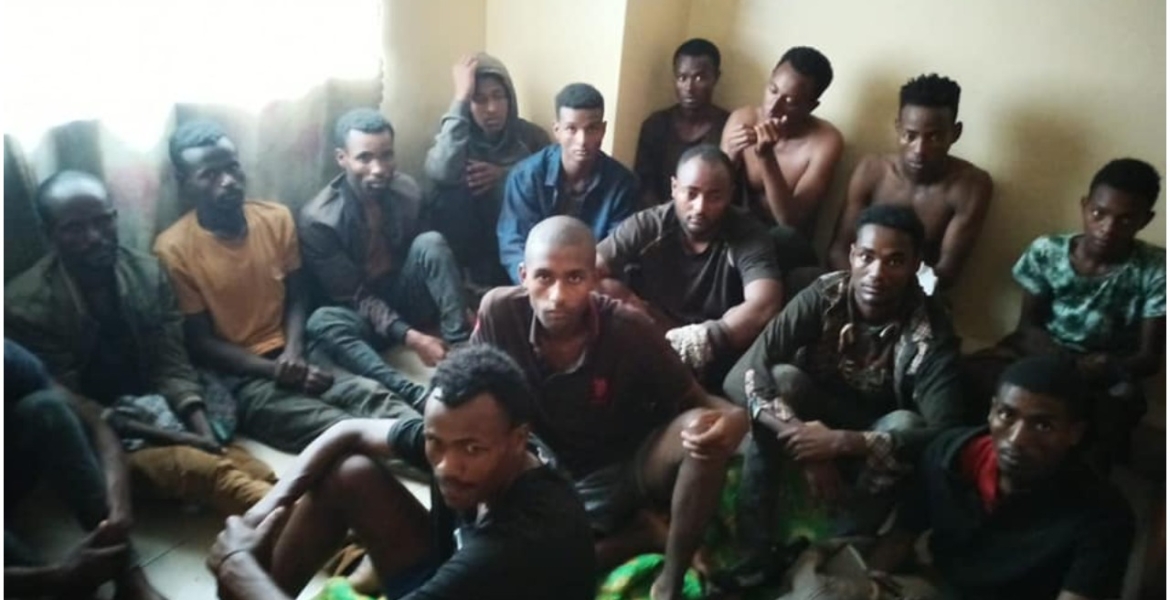 Detectives from the Transnational and Organized Crime unit have rescued 108 Ethiopian nationals suspected to be victims of human trafficking.

Acting on intelligence reports, the detectives based at the Directorate of Criminal Investigations (DCI) headquarters traced the victims to a house in Kirigiti, Kiambu County on Friday.

After securing the area and gaining access, the distraught victims aged between 13 and 35 were found crowded in one room.

The four are believed to be part of a larger human trafficking syndicate operating across the Horn of Africa.

The victims and the suspects are currently being held at different police stations in Naierobi pending necessary legal procedures, DCI said.