Peter Kenneth Rejects the Results of Jubilee Nomination for Nairobi Governor, Calls the Process a Sham 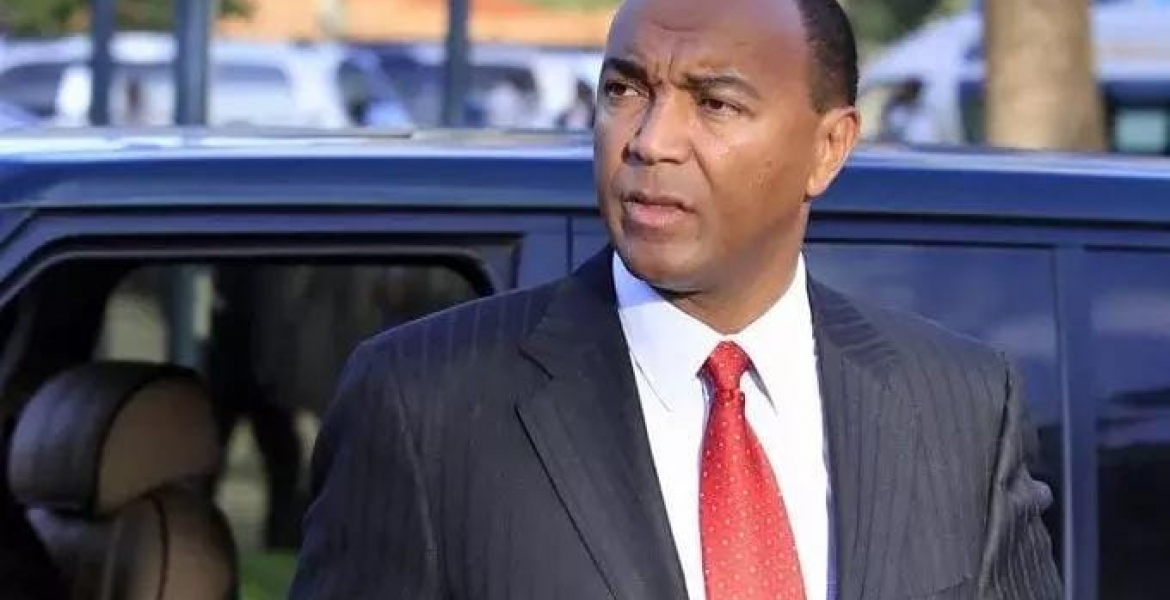 Nairobi governor aspirant Peter Kenneth has rejected the outcome of the Jubilee Party nomination held on Wednesday, calling the election a sham and demanding a fresh primary election.

Although the winner of the race has not been officially declared yet, Senator Mike Sonko is in the lead in vote count.

In a press statement, Kenneth, a former MP for Gatanga constituency, pointed out at several anomalies in the process, including that voters were not checked against the Jubilee Register as earlier agreed upon, which led to voters being transported from neighboring counties to vote in Nairobi, non-Jubilee members participating in the Jubilee primary, and that there were several people who voted multiple times.

Kenneth also said there were cases of candidates bribing voters outside polling centers.

“On the basis of the foregoing, I disassociate myself from the sham election that Jubilee Party purported to have for Nairobi County and demand that the same elections be nullified, and that any fresh elections must rely on a genuine list of Party members,” said Kenneth in a press statement.

VERY TRUE AND JUSTICE HAS TO BE DONE.YOU SHOULD ONLY VOTE ONCE BUT IF PEOPLE CAN BE ALLOWED TO VOTE THRICE THEN THATS NOT A FAIR ELECTION AT ALL.THE PART SHOULD REPEAT ELECTION ONLY FOR NAIROBI GOVERN SHIP.AND ONLY JUBILEE MEMBERS SHOULD BE ALLOWED TO VOTE, THE ISSUE OF ANYONE WITH ID VOTING ,AND VOTERS BEING FERRIED TO COME AND VOTE.LETS CHOOSE WISE LEADERS BUT NOT THROUGH BRIBES.

This PK guy is not smart – he doenst know how to read the mood on the ground ... PK should have ran in Kiambu - Kiambu residents were soooooo desperate for respectful leadership that they ended up voting for Babayao … not coz he is the best – even a cow would have won against Kabogo … but if PK had ran in Kiambu – jameni Kabogo would have thrown in the towel last year. Nairobi ni ya Sonko – PERIOD !!!

We experienced the same faults here in Kaloleni county mariakani ward, where the voters casted without ID cards and as many as 5 times.
Jubilee Party should realise that the electorate votes for candidates and not parties. When Jubilee is gaining ground especially here in Coast province, it is unfortunate that the name of the party is tarnished by selfish individuals, only out to reap campaign funds and nothing else.

PK need to concede. I talked to my relas and they were not feeling PK at all. If you live in NBO , the majority of voters are from eastlandos that is Sonko playground. The elites who wanted PK were voting on facebook, twitter, snapchat :-)etc. Well , you do the math. As someone said PK is very naive in reading the mood on the ground. He should have just remained in Muranga. He was duped into thinking he can outrun sonko in NBO...

Am from baringo but sonko deserve period.....

I have to say.I saw this loss coming.PK was not connecting with the folks in eastlands.Who are the majority in Nairobi.The poor feels like Sonko fights for them.So they will ofcourse vote for him.Pk just concede defeat.Even if the election were to be repeated.He would lose again. This is the same phenomenon that is at play with babayao .

I agree with you and it is something that has been running deep on the fact that the rich elites and those legacies feel entitled and think they do not have to try hard because the poor people will look at them as messiahs, they think because the yesteryears electorates who revered their riches and family name are the same in 2017. The youth in Kenya esp in NBO are not stupid , they know who cares and who just shows up . It is time to change the kind of voting patterns that has clogged our so called democracy and it is time to vote for those who care about real wananchi. So PK keeps repeating this story of his birth place makadara. Mbona haonekani huko akisaidiana when there are no elections. PK also perhaps thought his "beauty" you know what we used to call "point 5" privilege will carry the day for him but alas, rude awakening half castes as were called my day are not that revered anymore. More than likely that ka chotara priviledge has helped him in his life . If I were PK I would fire my strategist but then again PK is boastful he does not like to be told or criticized ( poor quality of a leader) and I know it first hand! Let Sonko get the seat and then we can judge him based on his performance ,degree or not! How come we call him a thug, and the real MCAs who have stolen we call them waheshimiwa ...smh!